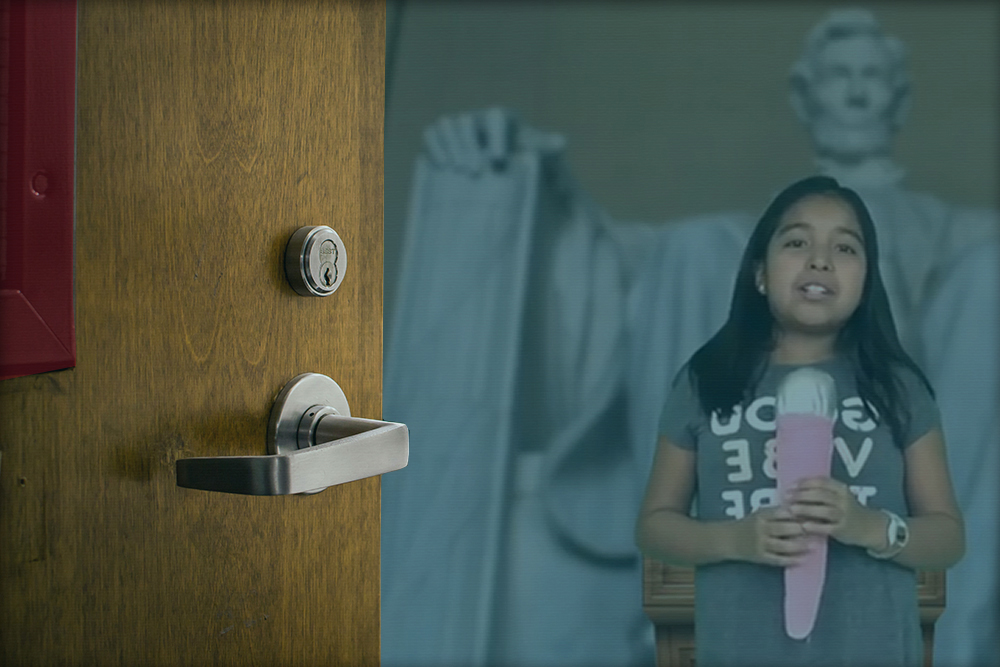 Our American democracy is not dead. Nor is it on life support. But it is definitely ailing.

As discussed in detail in our August 14 blog, a major source of that ailment is us — the American citizenry. In that blog, we stated, “At the heart of what is needed is increased civic engagement and citizens to step forward and take the lead in initiating and participating in a change management process.”

Over the past few years, the New York Times has published several articles on civility and civic discourse. In early November, it ran an article by Nellie Bowles highlighting groups such as Better Angels, Bridge the Divide and Make America Dinner Again that are trying to get people of different political persuasions to have authentic, nonpartisan dialogues.

These constructive attempts at bringing Americans together to talk and listen to one are to be commended. The problem is that they are too little, too late.

This is so because America suffers from a civic engagement deficit disorder. Talking about it now is not nearly enough to correct a deficiency that has historic roots.

Our current conundrum is caused in large part by the fact that civics education in the United States was not very good in the 20th century. As we observed in a May 2018 column, in general it has worsened in this 21st century.

What is needed, at this point in time, is to reverse this downward slide. Thanks to efforts from groups such as the Center for Information and Research on Civic Learning and Engagement, CivXNow, the Civics Renewal Network, with support from philanthropic organizations such as the Carnegie Foundation of New York, the Annenberg Foundation, and the Democracy Program of the Robert R. McCormick Foundation this reversal has begun and is gaining momentum.

That is one of the reasons why in October of this year, the Frank Islam Institute for 21st Century Citizenship (FII) in collaboration with the National Association of State Boards of Education (NASBE) presented the first Civic Engagement Champion Awards to four outstanding middle school teachers from across the U.S. who have excelled in preparing the citizens of tomorrow today. They are: Jane Leyderman, Dever Elementary in Chicago, IL; Michael Neagle, Pyne Arts Magnet School in Lowell, MA; Michelle St. Pierre, Loch Raven Technical Academy in Baltimore County, MD; and, Don Jenkins, North Whidbey Middle School in Oak Harbor, WA.

In November, we published a three-part series of blogs that gave those teachers a platform to speak out on civics education. In the final blog of that series, the teachers shared their thoughts and priority recommendations on what should be incorporated into a state-level policy framework for civics.

The teachers concurred that knowledge of the constitution, branches of government and some American history was a necessary but not sufficient condition for developing good citizens. They placed their emphasis on students’ acquisition of the essential knowledge, skills and dispositions for citizenship and learning by doing in the recommendations they put forward.

All four teachers cited the need for some form of action civics as a priority in public policy. The other items on their priority lists were: development of intellectual/critical thinking skills; continuous civic exposure and education throughout grades K-12; discussion of controversial issues; understanding of and involvement with local and state government; and, funding and support for professional development

The teachers’ observations and recommendations align with thoughts from Karen Blaak, an award-winning secondary English teacher and head of department in Ontario, Canada who presented the Frank Islam Institute/NASBE Civic Engagement Champion awards at NASBE’s annual conference this year.

Ms. Blaak observes that a high quality civics education must be student-centered and develop the necessary agency for good citizenship. She offers the following suggestions to accomplish this end based upon her experiences in Canada:

In this blog, we put all of this front-line input into context requires further examining what is going on in terms of civics education in the U.S. today and provide additional perspective on what needs to be done to ensure that the civics education delivered through America’s school systems closes the civic engagement deficit gap and protects the American democracy.

In June 2018, the Brown Center for Education Policy at the Brookings Institution published its 2018 Report on American Education. Chapter 2 of that report provides an inventory of and commentary on state civics requirements.

In that chapter, drawing upon expert opinion, the Brown Center puts forward three-components and a set of 10 proven practices for a high-quality civics education for its 50-state + Washington, D.C. inventory framework.

2. Civic skills: abilities that enable students to participate in a democracy as responsible citizens

3. Civic dispositions: attitudes important in a democracy such as a sense of civic duty and concern for the welfare of others

The proven practices are:

6. Simulations of democratic processes and procedures

As part of its inventory, the Brown Center also looked at whether a state used the College, Career and Civic Life Framework (C-3) Framework for Social Studies State Standards. Due to a lack of access to sufficient data, the Brown Center did not include extracurricular activities, participation in school governance, action civics, SEL, or school climate reform in its account.

As might be expected for the areas included, the analysis revealed that the states were long on:

They were short on:

Given these results, the Brown Center concludes, “We find that while discussion and knowledge-building components of civic education appear common across states, participatory elements and community engagement appear less common.”

Stated another way, there is considerable room and need for the states to embrace the full range of proven practices and encourage civic learning and engagement activities in order to establish the framework for a “high quality civics education.”

The critical importance of the need to intensify the state focus on “participatory elements” for citizen development is highlighted in a position statement of the National Council for the Social Studies (NCSS) in March 2018. That statement declares:

At its core, civic education should provide students with the ability to take informed action to address problems relevant to life in a democratic republic. It should target the knowledge, skills and dispositions to ensure that young people are truly capable of becoming active and engaged participants in civic life.

Joel Westheimer, University of Ottawa and Joseph Kahne, Mills College, stress the pivotal role that the nature of civic education plays in a democratic society in their 2004 American Educational Research Journal article, “What Kind of Citizen? The Politics of Educating for Democracy.” In their article, Westheimer and Kahne define three categories of civics education for citizenship:

They also advance their own viewpoint, stating:

We think each vision has merit. However, although we value character traits such as honesty, diligence, and compassion, for reasons already discussed,we find the exclusive emphasis on personally responsible citizenship when estranged from analysis of social, political, and economic contexts (as it frequently is in practice) inadequate for advancing democracy. There is nothing inherently democratic about the traits of a personally responsible citizen and there are practices at times specifically undemocratic associated with programs that rely exclusively on notions of personal responsibility.

From our perspective, traits associated with participatory and justice oriented citizens, on the other hand, are essential. Not every program needs to simultaneously address all goals to be of value. But educators must attend to these priorities if schools are to prepare citizens for democracy.

In general, our perspective aligns with that of Professors Westheimer and Kahne. We do not see those types of citizenship as mutually exclusive, however. We view them within a civic education hierarchy similar to Maslow’s hierarchy of needs, with ‘personally responsible’ at the bottom level of the hierarchy; ‘participatory’ at the mid-level; and ‘justice-oriented’ at the top.

In the United States today, few states have a civics education system or approach in place that educates for that full hierarchy or to address the requirements spelled out in the NCSS position statement.

In fact, as Stephen Sawchuk, points out in his November 11 Education Week article presenting 10 core insights from an 18-month investigation of civic education, “…civics teaching doesn’t happen in schools as much as it should.” Sawchuk’s number one insight in this regard reads as follows:

Most states only teach civics at the high school level and only briefly. Just eight states required a yearlong course, an Education Week survey found. About half the states require only a semester.

This is evidence that in spite of the increased rhetoric regarding civics education, there is still a civics education vacuum to be filled. The challenge and opportunity for each state is to ensure that vacuum is filled not just with a civics course but a with a high- quality civics education that is enabling and empowering for all students.

In conclusion, as this blog attests, much attention is being paid to civics education and progress is definitely being made. But, as the research indicates, states are in substantially different stages in putting the proper policy framework and plan in place for a high-quality civics education system.

Following is a baker’s dozen checklist of questions a state can ask to review and refine it framework to accomplish that end:

1. Does the approach provide for development of a comprehensive and balanced blend of knowledge, skills and dispositions as prescribed by the NCSS?

2. Does the approach incorporate the 10 proven practices?

3. Is the C-3 framework used as a point of reference?

4. Are there provisions for learning and engagement outside the classroom using service learning and/or action civics?

5. Is the student voice heard?

6. Is the teacher’s voice heard?

8. Is the approach based on acknowledged best practices?

9. Is civics education started early and provided on a continuous basis beginning in grades K-5 and possibly including a middle school course requirement such as those in FL, IL and MA?

10. Is there adequate provision for professional development assistance to empower teachers to empower students?

11. Is there a provision for local school and community buy-in?

12. Is there a provision for buy-in and support for the philanthropic, corporate and non-profit sectors?

13. Is there an evaluation and continuous improvement planning process in place?

We began this piece by asserting that our democracy is ailing. We hearken back to that assessment in closing it.

In 1937, Supreme Court Justice Louis Brandeis asserted, “The only title in our democracy superior to that of President is the title of citizen.”

As we approach 2020 and this third decade of the 21st century, states with clarity of vision will recognize the truth of Brandeis’ assertion and ensure that their students receive the high-quality civics education that is required to deserve that title. That will equip this generation of students and those to come to assume and exercise fully the rights and responsibilities of citizenship in order to heal and preserve our democracy.