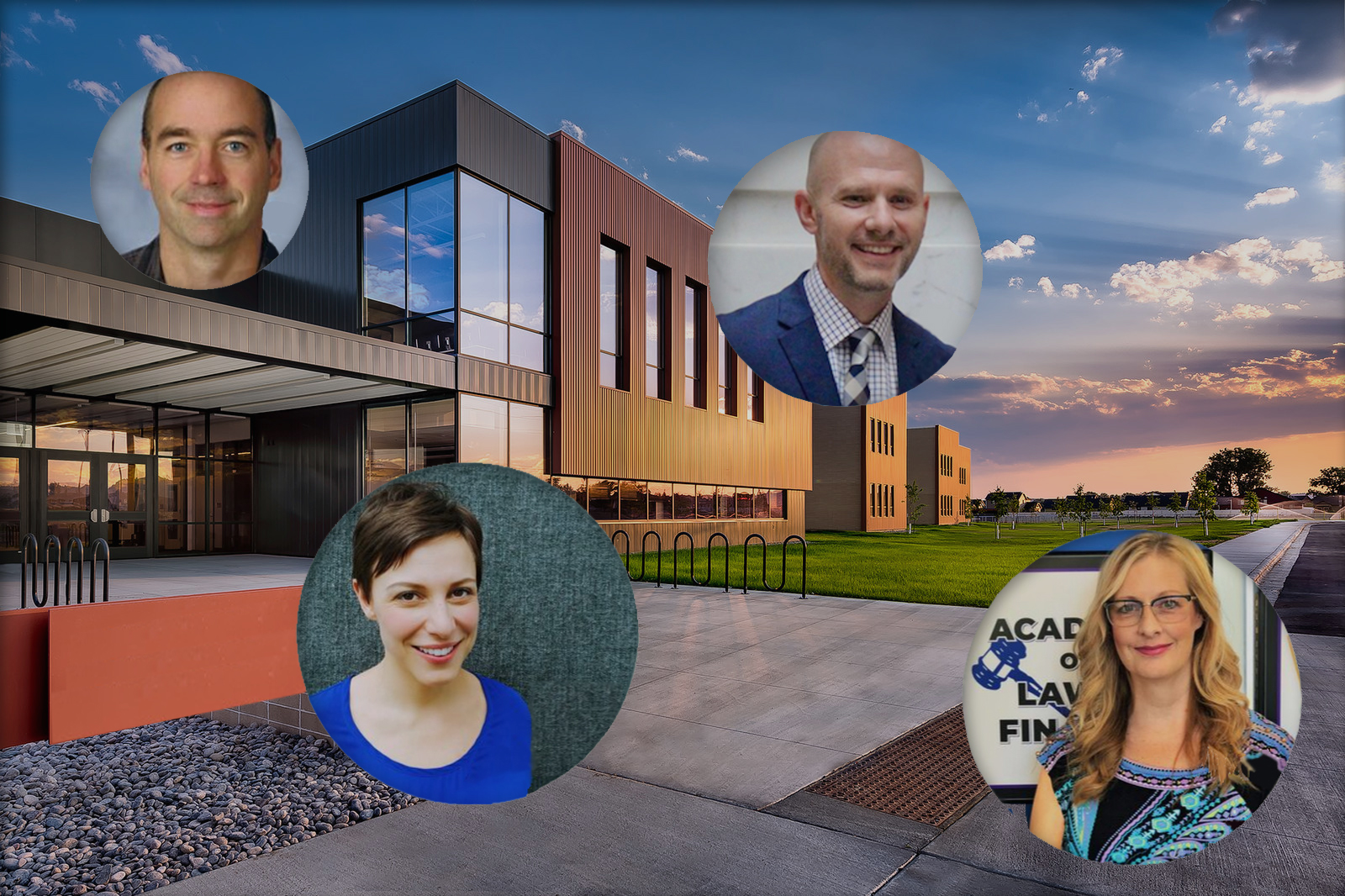 Providing civic learning and engagement opportunities is critical at all points along the educational continuum from middle school — and perhaps even earlier — through high school to college. There are three primary reasons, however, to start in middle school.

First, educational research suggests that the formation of a positive orientation toward an area early in a student’s schooling increases the potential for sustained interest and participation. Second, middle school students have the cognitive ability to grasp complex concepts, develop problem-solving and critical thinking skills, and become peer and civic leaders. Third, middle school is where the civic learning gap is currently the largest and most problematic.

In spite of these compelling factors, few states have a requirement that civics be taught in middle school. Florida was in the forefront in this regard, passing legislation in 2010 that mandated a middles school civics course and exam. Massachusetts now has a new law that requires a civics course and an action civics project. And Illinois joined this small group with legislation signed in September that calls for a civics course as well, including service learning and simulations of democratic processes.

Overall, however, middle school civic education is still not getting anywhere near the attention that it deserves or that our democracy demands. That is one of the reasons why, on October 18, the Frank Islam Institute for 21st Century Citizenship (FII), in collaboration with National Association of State Boards of Education (NASBE), presented the first Civic Engagement Champion Awards as NASBE’S Annual Conference to four outstanding teachers who have excelled in preparing the citizens of tomorrow today. They are: Jane Leyderman, Dever Elementary in Chicago, IL; Michael Neagle, Pyne Arts Magnet School in Lowell, MA; Michelle St. Pierre, Loch Raven Technical Academy in Baltimore County, MD; and, Don Jenkins, North Whidbey Middle School in Oak Harbor, WA.

[This is the third and final blog of a three-part series in which we give these teachers a platform to speak out on civic education. In this blog, they share their thoughts and priority recommendations on what should be incorporated into a state-level policy framework for civics. In the first blog, they discussed what they have done to elevate their students voice. In the second, they describe why they got involved in teaching and empowering students and how their students have empowered them in return.]

The states on the cutting edge in civic education, such as Florida, Illinois and Massachusetts, are modernizing the civic education playing field. They stress that knowledge of the Constitution, branches of government, and a little American history is a necessary but not sufficient condition for developing good citizens. Their curriculum requirements extend far beyond that.

Our civic engagement champions are in complete agreement with that holistic perspective. They place the emphasis on the acquisition of knowledge, skills and dispositions, and learning by doing in the recommendations they put forward.

All four teachers cite the need for some form of action civics as a priority in public policy. The other items on their priority lists are development of intellectual/critical thinking skills; continuous civic exposure and education throughout grades K-12; discussion of controversial issues; understanding of and involvement with local and state government; and funding and support for professional development.

The overriding message from these civic engagement champions is that engagement matters for students. Participation in activities or projects turns the conceptual into the concrete, thus moving learning off the pages of a textbook and into one’s personal civic repertoire. Here’s what they had to say specifically about the value of early civic involvement and interactions.

Michelle St. Pierre emphasizes its importance in sustaining our participatory democracy. She states:

As reported by Census.gov, in 2016, 61.4 percent of the citizen voting-age population reported voting, which means that our democracy does not reflect the full voice of a nation. This is why developing a foundation in a participatory democracy is essential and should evolve over time as part of every student’s instructional foundation. Civic education needs to begin with learning how to interact with others in a cooperative and civil manner in the early years. As students mature they should analyze the issues that impact our nation, society and the world and develop their passions. Then in the last stage in civic education they should develop the skills they need to use to respond, interact, and influence one another through civil discourse, public speaking and action to participate and/or change public policy.

I think this is the single most important thing a student can participate in. However, in order to be done meaningfully, I think it will take a significant investment in teacher education/professional development so that teachers can learn how to implement successful community-based action-oriented service-learning projects. We need to ensure that these projects allow students to do action research to analyze issues in their communities, analyze the root causes of these issues, form relationships with stakeholders around these issues, and formulate and execute their plans of action. These projects take significant classroom time, but they create engagement, learning, and a real sense of urgency in students. These projects teach the skills and dispositions that students need to be active participants in their communities at any age.

Our mission is to help young people develop civic knowledge, skills, and dispositions, and we can’t do that by just reading about other people engaging in civics. We must design our civics education programs more like drivers’ education or vocational training, where students learn about civics by engaging in it. Students should explore real problems and opportunities in their local communities and partner with their elected officials and community organizations to make positive change.

I also believe students must have ownership of this work. Genuine student ownership fosters genuine student engagement. As middle school teachers we often want our classrooms to be structured, efficient, and productive, but our role in action civics is to support and guide the process, not lead it.

Don Jenkins aligns with Michael in focusing on having students interact with elected officials and policy makers, observing:

One proposal would be a requirement for the integration of a real-world project such as Project Citizen into social studies. It is not enough to know facts and information. Students need to know how to research problems and influence policymakers. School is the best place to practice skills such as finding quality sources, engaging in civic discussion, and learning how to influence policy makers. This is something that should be practiced throughout the K-12 experience such as at grades 2, 5, 8, and 12.

Michael Neagle agrees with Don that civic learning and engagement should start early and be practiced often, commenting:

Every middle school should provide a dedicated civics course, but it shouldn’t end there. Our elementary schools, especially in our urban districts, should teach social studies as a core class. It’s not an extra or an elective. There are many opportunities to incorporate civic education in younger grades, and we should be teaching civic skills and developing civic dispositions throughout the K-12 experience. We also must incorporate media literacy throughout the grade spans.

That’s not to say that civic engagement is the only thing that matters. Michelle St. Pierre points out that cognitive development and intellectual skills are essential for good citizenship too, saying:

Intellectual skills in civics and government go hand in hand with a democracy. It is important that all students from kindergarten to college learn to think critically (as is age appropriate) to understand issues, evaluate various points of view, and then to synthesize issues in our global society. These critical thinking skills are imperatives that must be taught so that students can make meaning from real world events and issues in order to understand their context in our world today. When students are able to make meaning for themselves, we will develop a society where citizens act as activists and participants in the democratic process.

Jane Leyderman addresses the importance of developing these skills by proposing that students discuss controversial issues together. She says:

Using current controversial issues, we can hope to teach our students civil dialogue techniques, which they can use in and out of the classroom. We all (students and adults) need to better learn how to listen to others with opinions that differ from ours. Through discussion of controversial issues, students can develop and hone their own viewpoints, use evidence to support them, and learn to value and respect diversity of opinion. This is something our country really needs right now!

Michael Neagle identifies the workings of local and state governments as another area in which students need to gain experience and exposure. His rationale follows:

Many school districts tend to focus on presidential elections and voting every four years. While this is important, we must shift our focus to local and state government. The elected officials are much more accessible, students can have a direct impact, and they are much more likely to see the results of their work. By connecting young people to local politics we will encourage meaningful and authentic civic engagement.

We must recognize that our students are the now generation, not the next generation. Our civics teachers are on the frontline of our democracy. This is a nonpartisan issue and we must engage young people in civic life now in order to encourage a lifetime of engagement. In 2018 many state and local elections drew less than 50% of eligible voters, and nearly 100 million eligible voters didn’t turn out for the 2016 presidential election.

Last, but definitely not least, Don Jenkins brings it back to the pivotal role of the middle school teacher in civic education and equipping them to function effectively in that role. He recommends:

Professional development funds should be available for teachers to attend conferences or receive training to implement civics education. Often districts direct professional development funds towards every subject except social studies, which leaves teachers to do nothing to improve their craft or pay for it out of their own pockets. I think it is essential for policymakers to realize that civics education is important for the success of our republic, but it is also an ideal topic for students to integrate all subjects in a real-world application. During civics education students can read and write about topics that are important to them, they can create and analyze charts and data to support their opinion, and many topics which are important to communities are connected to science and scientific topics.

More than two centuries ago when our country was founded, Thomas Jefferson said,

I know of no safe depository of the ultimate powers of the society but the people themselves; and if we think them not enlightened enough to exercise their control with a wholesome discretion, the remedy is not to take it from them, but inform their discretion.

Today, in these polarizing times, our democracy is at a pivot point. It is being torn apart and needs an approach to civic learning and engagement that “informs our discretion” and brings us together.

Our civic engagement champion teachers are advocating policies and actions that would contribute significantly to accomplishing this. A policy framework including these elements and others would ensure that we remain the United States of America, by living up and working together to create that more perfect union envisioned and communicated in the nation’s founding documents.