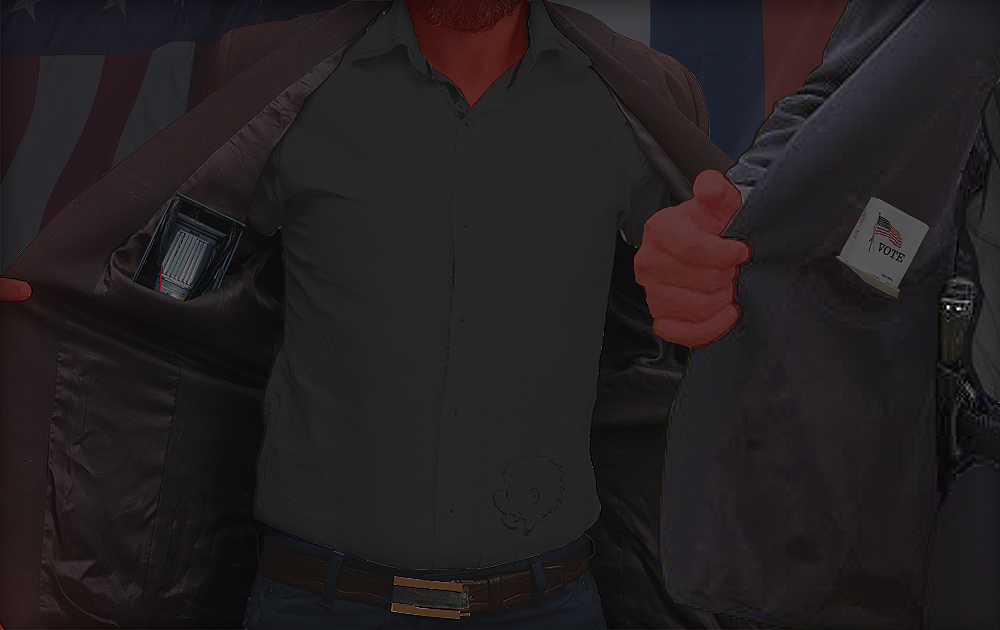 The Enemy Of Democracy

In a famous 1970 Earth Day poster, cartoonist Walt Kelly had his title character Pogo, a possum, who lived in the Okefenokee swamp, say to his friend Porky Pine, a porcupine, after they have walked through a contaminated area, “Yep, son, we have met the enemy and he is us.”

Approaching five decades later, the United States democracy is becoming a swamp. The enemy creating that swamp in the U.S. is the enemy within. In 2019, we have met the enemy and he is us.

Donald Trump allegedly went to Washington, D.C. to drain the swamp. Instead, he has made the swamp there murkier, denser and deeper, and helped to extend it across the entire United States.

Trump has not done this by himself. He has been aided and abetted by many — some through their action, others through their inaction.

In our last blog, we talked about the rise of white “nationalism,” populism, identity politics, and the threat they present to our democracy. The threat goes far beyond these groups, however. It extends through the fabric of the country, which is torn and frayed.

A strong and thriving democracy depends on numerous factors. The primary ones include civic knowledge, a belief in and commitment to a representative democracy, and trust in our governmental institutions and each other as citizens.

Sadly, the citizenry of the United States does not score well on any of those factors. In fact, our grades for all of them fall in the failing range.

Because of the emphasis on STEM since the beginning of this 21st century, there has been a decreased emphasis on civics education in grades K-12. This was first called to the public’s attention in the 2003 CIRCLE publication, The Civic Mission of Schools. CIRCLE, in conjunction with other partners, followed this 2003 publication with a 2011 report, Guardian of Democracy: The Civic Mission of Schools.

The second report was “an urgent call to action to restore the historic civic mission of our schools.” There has been somewhat of response to this ‘urgent call,’ as states have begun requiring the teaching of civics in high school again, but middle school remains essentially a civics desert.

The consequence of the absence of middle school civics can be seen in results of the National Assessment of Educational Progress (NAEP), which has been testing students’ performance nationally in a variety of areas since 1998. The 2014 results for 8th graders showed that a paltry 23% of those students were at or above “proficient” in civics, as compared to 31% in 1998. In 2015, the NAEP tests showed 34% of the students scored at or above proficient in science and 33% in mathematics.

Those are disappointing findings. Equally disappointing are the findings of a new Pew study released in July, which found that “three-quarters of Americans say that their fellow citizens’ trust in the federal government has been shrinking, and 64% believe that about peoples’ trust in each other.”

The study revealed that nonwhites, poorer and less-educated individuals, and younger adults have lower levels of personal trust than other Americans. It also showed a difference by political party affiliation with Democrats and Republicans having a similar level of personal trust but with Democrats being more likely than Republicans to say that “trust in the federal government is shrinking” (82% vs 66%).

In combination, these factors provide a depressing picture for the future of the American democracy. They suggest that American citizens might not be able come together to create the unifying form of nationalism that will be required to save democracy and to create a truly United States of America that we discussed in our most recent blog.

There are some silver linings in the clouds that suggest otherwise. The Pew survey on trust contained the following encouraging data:

These are indicators that there would be considerable support for actions directed at uniting citizens in support of saving our American democracy. At the heart of what is needed is increased civic engagement and citizens to step forward and take the lead in initiating and participating in the change management process.

We have been describing this need and presenting approaches to address it for more than a decade. In 2010, we published a book titled Renewing the American Dream: A Citizen’s Guide for Restoring Our Competitive Advantage,and in 2013 published a follow-up titled Working the Pivot Points: To Make America Work Again.

We had hoped that by the end of this decade the deteriorating conditions for our democracy that we were describing back then would have been confronted and corrected. Sadly, they have not and in many cases have worsened.

That is why, at the beginning of 2018, we established the Frank Islam Institute for 21st Century Citizenship (The Institute). The Institute was created to address the increasing civic engagement deficit in the United States by acting as a resource and repository for 21st century citizenship initiatives and for the 21st century citizen who is interested, issue-oriented, informed, independent, and involved.

The Institute has a website, publishes a monthly newsletter, and this year will make civic engagement champion awards to middle school teachers in collaboration with the National Association of State Boards of Education. It provides a range of reference materials for confronting the challenges and opportunities of our times.

The second decade of this century has been one of serious decline for our American democracy. It cannot afford another.

As the United States of America moves toward the first year of this next decade, we as 21st century citizens need to have 2020 hindsight to see what this country has done wrong and done right in the past, and 2020 foresight to see what we should do the same and should do differently in the future.

With that clarity of vision and perspective, along with the essential civic knowledge, respect for representative democracy, and trust in our governmental institutions and each other, we citizens will be empowered to ensure that the enemy of the U.S. democracy is not us. This will enable us to collaborate to defeat those who either through imperfect knowledge, skills, or dispositions — or malicious intent — would destroy the U.S. democracy.