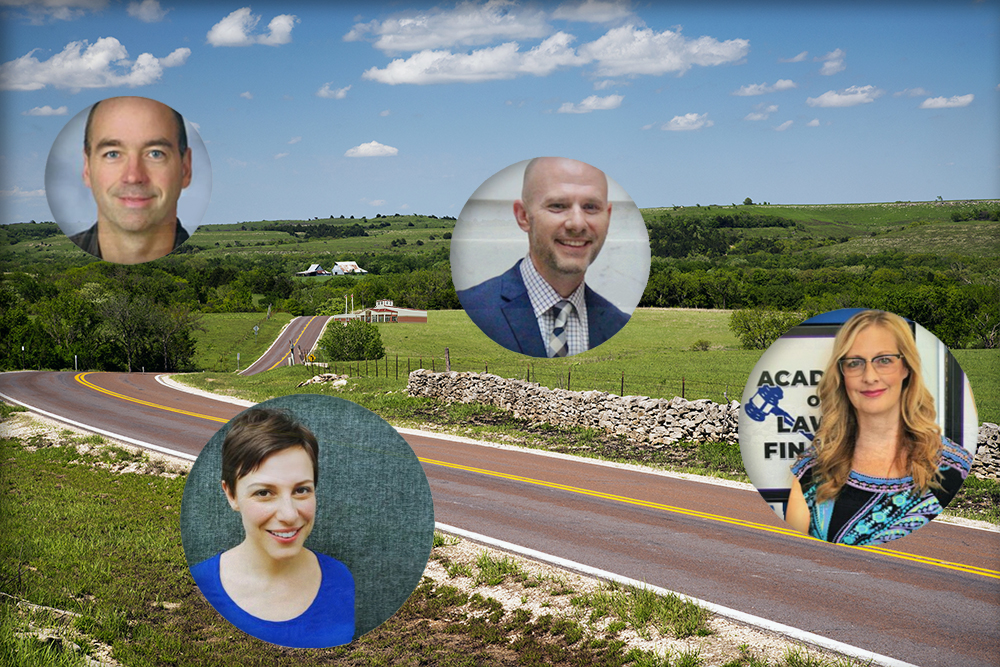 Middle school teachers are the difference makers when it comes to civic education. They are in the front lines empowering their students to become 21st century citizens during the pivotal period that will shape their civic involvement for a life-time.

[This is the second blog in which we have given these teachers a platform to speak out on civic learning and engagement. In the first blog, they discussed what they and their students have done to elevate the students voice. In this blog, they describe why they got involved in teaching and empowering students and how what their students do empowers them in return.]

Many paths lead to teaching civics in middle school. Some circuitous, such as that of Jane Leyderman and Michael Neagle. Others straightforward, such as that of Don Jenkins and Michelle St. Pierre. No matter the route, the position is a professionally and personally rewarding one in many ways.

Jane Leyderman is starting her fifth year as a middle school social studies teacher. She came to teaching middle school as a “career changer” who went into teaching to do something “real”. Jane says:

As a social studies teacher, when I discovered the power of civic engagement in the classroom, I knew that my choice to be a middle school teacher was the right choice! Civic engagement projects have the power to engage and inspire ALL students, from reluctant learners to traditional leaders.

Once students discover that their voices matter, that they can have an effect on their community, and that they can interact with adults at their age, they are hooked, and school has meaning even for those students who don’t normally find meaning in it. For me, teaching middle school is all about being able to bring these ideas and experiences to students at this critical junction in their lives.

Similar to Jane, Michael Neagle came to middle school teaching after starting another career. He explains:

The truth is I never even considered a career in education, let alone as a middle school social studies teacher. It wasn’t until I was in my early 20’s, while serving in the Marine Corps, that I fell in love with learning about history and culture.

I immersed myself in books and I was inspired by my first travel experiences outside of the United States. This eventually led me to a career in international educational travel, where I discovered I really enjoyed working with young people. Through seemingly unrelated experiences the teaching profession found me when I recognized I could combine two of my passions, social studies and serving youth. I decided to pursue a M.Ed. and work in an urban district similar to the one I attended.

I was drawn to middle school because it is such a pivotal time for young people. Managing academic demands and navigating social situations can be challenging, as many of us remember from our own experiences. I struggled in eighth grade and I see myself in many of my students. But middle school is also a time of incredible growth and opportunity. Students are idealistic and inspiring, and when given access to authentic and meaningful learning opportunities they soar. I knew I wanted to be a part of that.

In contrast to Jane and Michael, Michelle St. Pierre and Don Jenkins were drawn to teaching and middle school right out of the box, and both have twenty-six years of experience as teachers.

Michelle was attracted to the profession through her family’s influence. She states:

The calling of a middle social studies teacher came from a family who believed in civic action. Both of my parents served as judges for the election polls in our neighborhoods, as community presidents, volunteers in local events and even at my school. Our family took in a Vietnam refugee to help the transition to living in the United States during the Vietnam War and we provided a weekend getaway for an orphaned young man who was living in a group home. Those experiences as well as many more have shaped who I am and the teacher I aspire to be each day that I walk in the classroom.

My father’s love for history and the excitement he found in its mysteries fostered my own love and my desire to share my love of the history and culture. I became a teacher with the ideal of inspiring students to become excited about history and the world and to see their place and voice in it.

What shapes me as a teacher is the students who have walked into my classroom each and every day with hearts and minds open to learning. Middle school students have a spark for learning that is dominated by the energy of the middle school student who is as eager to learn as they are eager to question the information they are learning.

As Don states, he came to the profession because he felt it would be the right thing to do and the right place to be for him.

I chose to become a teacher because I thought I would enjoy it, believed I would be good at it, and I wanted to have a positive impact. Looking back, there is not a single event or individual which compelled me to become a teacher, but I have been motivated by many organizations and teachers along the way to improve my teaching. I have been a middle school teacher for 26 years and find myself still enjoying the enthusiasm of this age group.

These teachers obviously love their profession and their students. Part of the reason, as they attest, is that the empowerment relationship between students and teacher is a mutually reciprocal and fulfilling one.

Jane Leyderman summarizes the nature of that relationship, succinctly stating:

The single most rewarding aspect of teaching civics to middle school students is hearing them say “I learned that even at 12 years old, I can make a difference in my community.”

It’s incredibly rewarding to work with young people as they begin to recognize their own civic voice. For many, our class provides their first opportunity to engage in learning beyond the walls of a classroom and to truly contribute to our society. Action civics is not about achieving a passing score on an assessment, it’s about exploring real problems and opportunities and working together to make positive change.

My school district educates nearly 15,000 children from more than 60 countries. Some of my students’ families have been in our city for five generations, while others have only been in the United States for just a few weeks or months. During this time of intense political polarization and a national debate on immigration policy, it’s inspiring to support young people as they build consensus through civil discourse and work together to improve our local community. My students don’t always agree but we’re doing the real work of citizenship. I think we’d all agree it beats reading a textbook and answering reading comprehension questions.

The adage that each student learns each in their own way and not on the same day is never more represented than it is in middle school. Middle school students have their own hope, speak their own truth, and are staunch advocates for their friends and fellow classmates during a time in their lives that seems often chaotic. These passions also allow middle students to see the world as a place that can and should be changed for the better and they are willing to speak their mind in order to see their ideas become reality.

It is this passion that has encouraged and sustained me to stay in middle school education throughout my teaching career. It is also why the civic action lessons that I have initiated within my instruction in the various courses that I teach exposing areas of social, economic, or political need have ignited a fire in my students, in which they want their ideas for solutions to be heard.

It is very rewarding when students realize that they can have power to make change. After having policy makers such as state senators and mayors visit our classroom to listen to policy proposals during Project Citizen, students often comment that they did not think that adults would listen to them and that they realized they have power to positively affect their community. I am often surprised at which students take charge when our classes do civic engagement projects. It is often the students that might not do the best on tests or complete all their assignments, but when they engage in a project that is important to them and the community they rise to the challenge.

Empowerment is a word that is bandied about in conceptual terms frequently these days. In this blog, we have heard about empowerment not in the abstract but in action and personal terms.

In the final blog in this series, we will look at what these civic engagement champion teachers believe should be done to create a policy framework that is empowering for all — student, teacher, school, community, state and the nation.