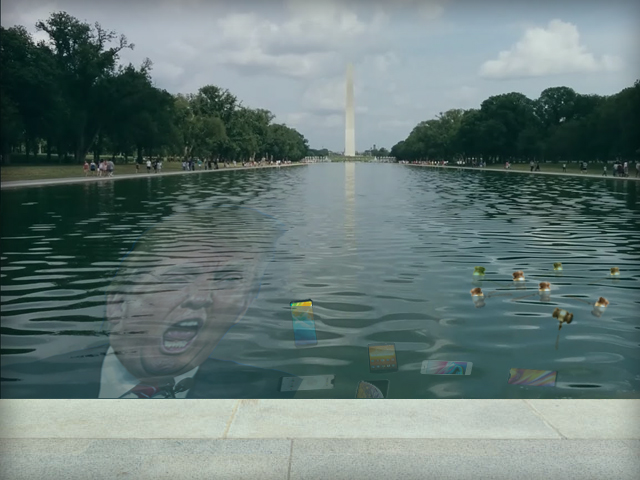 Words Of The Year

2018 is past. May it rest in peace. It deserves a gentle farewell because there was little that was relieving or relaxing during this most tumultuous year.

There are many words or phrases that could be used to capture the year’s happenings. They include chaos, division and autocracy.

In retrospect, the ones that stand out for us are: toxic justice; trumper-tantrum; and, shutdown. Let us explain why.

Toxic justice. The Oxford dictionaries chose justice as its word for 2018. Merriam Webster chose toxic. It struck us that these two words in combination were an excellent selection for the year just concluded.

Our operational definition for toxic justice is: decisions or actions that have an appearance of fairness but are in fact poisonous. As examples of toxic justice consider the following: restrictive voting rights laws that preclude millions of U.S. citizens from participating in the nation’s electoral processes; internment camps that house thousands of immigrant youths for unspecified periods with little concern for due process; and, picking and approving a nominee for the United State Supreme Court using an extremely circumscribed approach.

The examples could go on and on. The question becomes can the nation and our democracy survive in a state where toxic justice is emerging as a dominant approach as opposed to the pursuit of liberty and justice for all.

Trumper-Tantrum. Ted Cruz was the first to use this term in February of 2016 to describe Donald Trump’s outrageous and outlandish tweets and behavior during his campaign to become the Republican candidate for President. The Donald has continued to engage in his trumper-tantrums as President. In 2018, as the Mueller noose has started to get closer to Trump’s neck, they have accelerated in number and explosiveness.

Trumper-tantrum as defined online depict not only the President’s actions but also the behavior of those who act in a similar manner. At the heart of a trumper- tantrum though, remains Trump himself.

There are a variety of definitions for trump. The Oxford Dictionaries definition for trump something up, in phrasal verb form, is “invent a false accusation or excuse.” The President’s trumping something up has gone on almost continuously since he has been in office.

Shutdown. The most recent example of this propensity has come with the government shutdown precipitated by the President. While Charles Schumer and Nancy Pelosi were with him at the White House for his unannounced television photo-op supposedly to negotiate some form of agreement, Trump boldly asserted that he would proudly take the blame for the shutdown.

Later, as the shutdown became imminent, the President timidly withdrew that prideful proclamation blaming the shutdown completely on the Democrats and their failure to do what he wants. After the shutdown went into full effect and continued until and through year’s end, the President in a cowardly manner assumed no responsibility for it, felt sorry for himself, and turned his Christmas phone calls and visits to our troops overseas into venting and politicking events.

This reversal at the end of the year made the dysfunctionality that has gripped the oval office and our country completely transparent. The shutdown was bad enough in and of itself. It was even worse in its symbolism. It communicated the cancerous lack of thinking, reasoning and feeling that has consumed more and more of the United States in the year just past.

Now, we are poised at the outset of 2019, a new year — a year that we have labeled, due to the devolution and developments of the past two years, The Year of Living Dangerously. Time will tell what will happen during this dangerous year.

The signs at the end of 2018 were not encouraging — a plummeting stock market, a citizenry in conflict, and a world in turmoil. Add to that the Cambridge Dictionary’s word of the year selected by the people.

It was nomophobia. Nomophobia is defined as ‘fear or worry at the idea of being without your mobile phone or unable to use it.” That fear is one that should make us all fearful about the prospects for the future based upon this word from the past.

Nonetheless, we shall gird up our loins, prepare for the worst, and pray for the best. The best, or something better than what we saw in 2018, is what will be needed to reverse the negative trends and the damage wrought by toxic justice, trumper-tantrums and shutdown.

With that said, we look forward to 2019 with cautious optimism and the potential for a new beginning. Contemplating that beginning, we leave you with the same thoughts for 2019 that we delivered in earlier new year’s blogs.

They are presented in words borrowed from cartoonist Bill Watterson in the last strip on December 31, 1995 for his brilliant Calvin and Hobbes series:

Yes, let’s go exploring! Who knows what we will discover.

We are confident that we will find some “peace, love and understanding.” When we do, we can work with others of good faith and good will to start making our homeland a kinder, gentler and nobler nation once again.