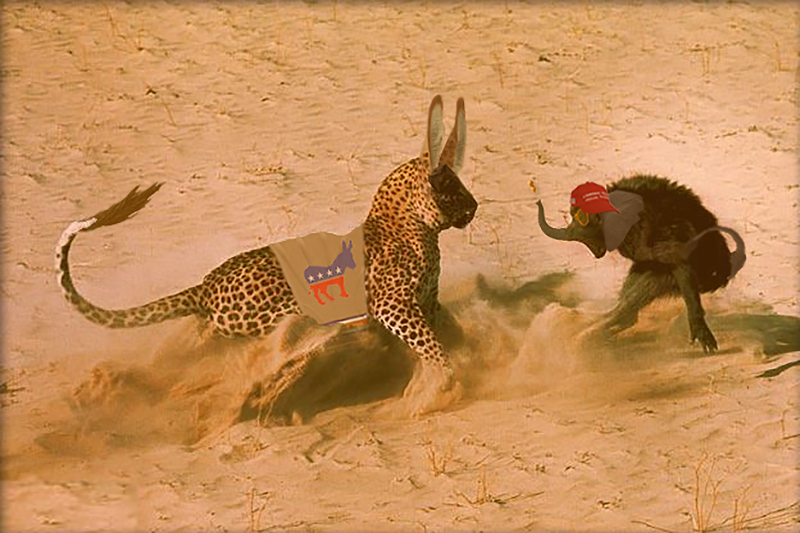 William Barr: His “Truths.” Our Consequences.

In a May 31 CBS This Morning TV interview, Attorney General William F. Barr said, “Everyone dies, and I am not you know, I don’t believe in the Homeric idea that you know, immortality comes by, you know, having odes sung about you over the centuries.”

In that part of his interview, Barr told the truth. This stands in stark contrast to his cursory and inaccurate four page summary of the 400+ page Mueller Report released on March 24. And his misleading remarks at the press conference convened on April 18 before the release of the redacted Mueller Report itself.

Mr. Barr is correct — everyone dies. The fact that he failed to comprehend, however, is each of us leaves a legacy. That legacy is not only a memory of who we were but how we shaped the lives of others (for better or worse) because we live on through them.

Barr’s statement that he doesn’t believe in the “Homeric idea” can be accepted on face value, but it is based on a misunderstanding. That’s because what Mr. Barr fails to grasp is that the epic poems attributed to Homer were not odes to, or for, immortality. Rather, the Odyssey and the Iliad were tales of a journey and a quest. A search for identity, love and truth in a complex and frequently confounding universe.

The Attorney General does not have to make that search because he apparently exists in an alternate universe of alternative facts. The sun in that universe is the office of the President and its current occupant Donald Trump.

William Barr gained access to that universe by sending an unsolicited 19-page memo to the Department of Justice on June 8, 2018, questioning and criticizing the appropriateness of the Mueller inquiry and its obstruction of justice investigation on both constitutional and statutory grounds. That missive was certainly a primary reason that President Trump selected Barr to be his attorney general.

It caused Trump to see Barr as a kindred spirit and as a potential ally, along with Kellyanne Conway (who first used the phrase “alternative facts” in aMeet the Press interview on January 22, 2017 to defend White House Press Secretary Sean Spicer’s false statement about the attendance at Trump’s inauguration as President) and others, to generate alternative facts to be shooting stars in the alternate universe’s sky.

Barr presented a couple of these alternative facts and his perception of the truth during the CBS interview: one related to his rationale for assuming the attorney general’s position; the other related to who is destroying our American institutions.

Nowadays, people don’t care about the merits and the substance. Everything is gauged by politics. And…that’s antithetical to the way the department runs, and any attorney general in this period is going to end up losing a lot of political capital and I realize that, and that’s one of the reasons that I was ultimately persuaded that I should take it on, because I think at my stage in life, it really doesn’t make a difference.

There are people who do care about “merits and substance.” One of them was a man named Jeff Sessions, who, as Attorney General of the United States and head of the Department of Justice, recused himself from the Trump investigation because he knew his participation would have put him into a conflict and compromised the Department’s integrity.

That stance gained Attorney General Sessions political capital and support on both sides of the aisle, but it cost him the support of President Trump and the eventual loss of his job, because Donald Trump wanted someone in that position to do his bidding and make a difference for him and him alone.

Trump knew instinctually that William Barr would be that difference-maker. Barr has been, and he could continue to be because of his viewpoints.

In the CBS interview, Barr provided his assessment of our current situation as follows:

I think one of the ironies today is that people are saying that it’s the President Trump that’s shredding our institutions. I really see no evidence of that. From my perspective, the idea of resisting a democratically elected president and basically throwing everything at him, really changing the norms on the ground that we have to stop this president, that is where the shredding of our norms and our institutions is occurring.

That may be his perspective. If it is, it is a myopic one and a case of tunnel vision that might be appropriate for a partisan political type, but not for the top law enforcement of the federal government in this country. Barr needs to do his homework and secure a more informed and studied historical opinion on this matter.

The norms in Washington D.C. have been shredding for some time. Scholars Norm Orenstein and Thomas Mann trace the origins of polarization and institution-crushing back to New Gingrich’s (R-GA) speakership of the House from 1995 to 1999. Things have deteriorated progressively in the 21st century. They worsened significantly in 2010 during Barack Obama’s presidency, when minority leader Mitch McConnell (R-KY) declared, “The single most important thing we want to achieve is for President Obama to be a one-term President.” This followed the emergence of the populist Tea Party in the summer and fall of 2009, and the establishment of the Freedom Caucus in the House in 2015 added much fuel to the polarization flames.

Given this understanding of the context for the dysfunctionality in our nation’s capital and governance system, we would suggest that Mr. Barr dig deeper and do a careful and critical investigation before he exonerates Trump completely. That investigation should be conducted to see whether there is anything that might cause Barr to alter his opinion that there is “no evidence” that Trump is shredding “our norms and institutions.”

Barr should start that investigation with an in-depth and unbiased reading of the Mueller report. He should continue by looking at the self-serving performance of several Trump-appointed department heads, and the qualifications, or lack thereof, of numerous Trump nominees for jobs. He should go on and examine the thousands of times President Trump has lied about things large and small during his tenure in office. He should consider Trump’s unquestioning approval of Vladimir Putin and Kim Jong Un. He should look at the President’s oppositional positions and relations with his own staff and advisors across the board.

If Barr’s investigation does not disclose that there is considerable evidence that Trump has had a substantial personal effect on the shredding of presidential norms and governmental institutions, we would be completely befuddled. The sad and unequivocal truth is that because of this President, as well as those who aid and abed his irresponsible, inappropriate behavior and decisions, we have begun to accept the abnormal as the new normal.

Barr asserted that he took on the job of attorney general because “…at this stage in my life it really doesn’t make a difference.” That might be true for him, but it is not true for the American citizenry writ large. What William Barr thinks, does, and says while he is Attorney General will make a huge difference.

If he chooses to remain in the alternate universe as a publicist for President Trump and a purveyor of alternative facts, the United States will continue its devolution into a post-truth nation and we will all suffer the consequences. The rule of law and the very future of our republic will be put at risk. If that happens, there will be no odes for Mr. Barr, but there will be dirges tor our country and what we once stood for. In the meantime, Congress is expected to convene on June 11 to decide whether to hold Barr in contempt.