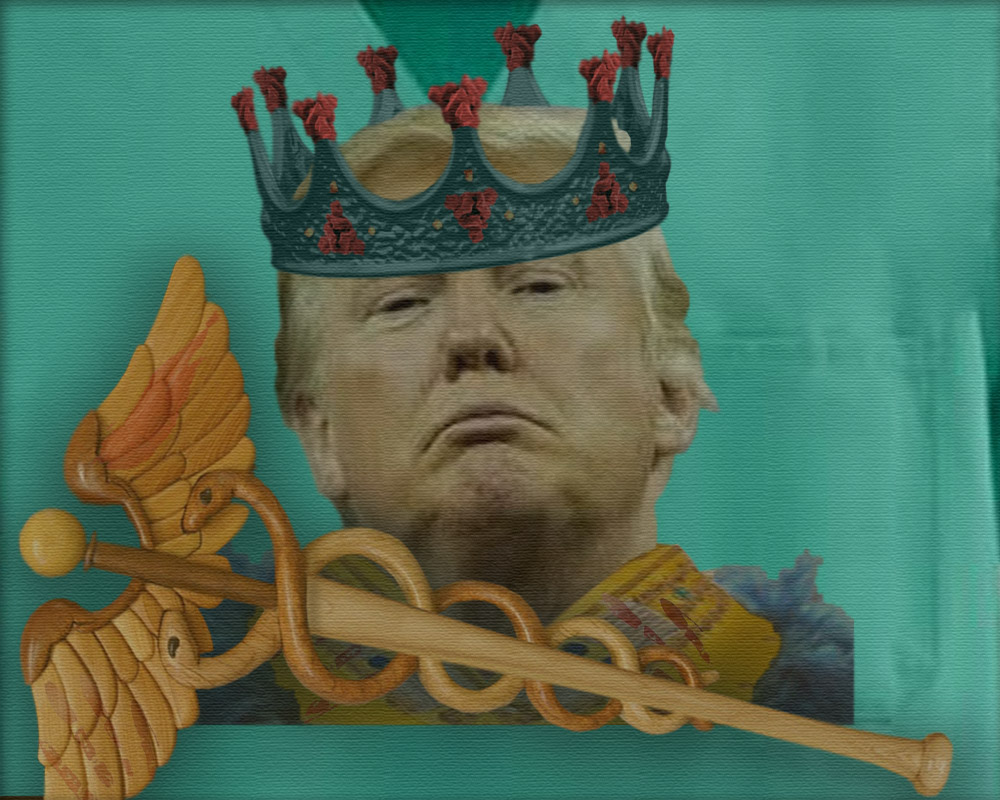 In a Fox News virtual Town Hall held on March 24, President Donald Trump declared that he “would love to have the country opened up” by Easter Sunday, April 12. In that same Town Hall, he asserted that measures like social distancing and self-quarantining were “very painful for our country and very destabilizing for our country. We have to go back to work much sooner than people thought.”

After Trump made those comments, on March 26, Dr. Anthony Fauci, the Director of the National Institute of Allergy and Infectious Diseases and a member of the Coronavirus Task Force, in a CNN interview, called Trump’s Easter target an “aspirational projection” set “to give people some hope.” On March 27, Vice President Mike Pence joined Fauci in stating that Easter was an “aspirational goal.”

By Sunday, March 29, Trump himself had gotten the “aspirational” message. During a Rose Garden coronavirus briefing, in which he extended social distancing until the end of April, Trump said that Easter was “purely aspirational.”

Following nearly a week of being less aspirational in his daily remarks, Trump spoke out in this manner again on Saturday, April 4. In a coronavirus briefing he advised Americans, “This will be the toughest week…. There will be a lot of deaths unfortunately.”

While “aspirational” had become the party line for describing Trump’s remarks related to Easter and getting back to work, the fact is they were “irresponsible.” Completely irresponsible — in that they created false hopes and unrealistic expectations among American citizens regarding the war that this nation is fighting with the coronavirus.

President Trump has been making those irresponsible remarks and setting the country up for failure in fighting the war since January 22 when he responded to a question regarding the pandemic by stating, “It’s one person coming in from China and we have it under control. It’s going to be just fine.”

Trump continued these misleading and harmful pronouncements for approximately two months. (See this timeline put together by Linda Qiu, Bill March and Jon Huang of the New York Times for his inaccurate commentaries running from January 22 to March 17.)

Trump’s acting inconsistently is best seen publicly in his self-centered and self-aggrandizing coronavirus press conference briefings. One aspect of this inconsistency in messaging during these briefings is Trump providing his facts or opinions and then his health care experts contradicting him.

Another aspect of the inconsistency is due to Trump’s rambling, disjointed and hyperbolic speaking style in which he contradicts himself or discredits the message he is sending. There are examples of these in each press conference. Here are just a few:

Trump’s speaking inconsistently and sending mixed messages in these coronavirus briefings is confusing and disheartening.

While these briefings highlight one area of Trump’s incompetence, the sad fact of the matter is that he is deficient in many of the core competencies required to perform satisfactorily as the President in this time of crisis. Three basic competencies that he lacks are a clear understanding of the job (a president’s roles and responsibilities); management expertise; and organizational and problem-solving skills:

Add to these deficiencies Trump’s constrained understanding of federalism; attacking and blaming communications style; and an inability to collaborate and build teams with others.

These deficiencies in combination explain why the federal government under Trump’s failed leadership to date has not met the following fundamental requirements to fight this war effectively and successfully:

In summary, the model that Trump is providing as a war-time president is one of irresponsibility, inconsistency and incompetence. It is totally inappropriate and insufficient for these trying times.

What model do we need? What lessons should we learn and behaviors should we expect from a war-time president. For recommendations on that we turn to historians Michael Beschloss and Doris Kearns Goodwin.

Beschloss is the author of Presidents of War. In an April 1 Washington Post article, based upon his studies of U.S. wartime presidents, he presents the following “seven lessons not only for Trump but also for leaders of all kinds”:

1. Level with the public.

2. Work to unite the country against the common enemy.

3. Show empathy for the warriors, the scared and the suffering.

4. Build confidence in your plan for victory.

5. Warn of impending bad news as soon as you know it.

Pulitzer prize winning historian, Doris Kearns Goodwin is the author of several books on U.S. presidential leadership, her most recent being Leadership: In Turbulent Times. In a recent interview with Lily Rothman in Time Magazine when she was asked how our leaders are doing during the coronavirus crisis, she responded:

Forgetting what we don’t know, which is what would have happened, if they’d responded earlier, the big difference between the situation in World War II and now is that when Roosevelt spoke to the nation, it was really a single voice, it was a trusted voice. We don’t have that single voice in the government right now that can command the facts.

Beschloss and Goodwin provide sage advice and insights for charting the course and sailing our ship of state through the stormy and dangerous waters in which our nation and its citizens find itself. Unfortunately, because of his irresponsibility, inconsistency and incompetence our current President is incapable of hearing those messages.

That means it is up to all of us (citizens, elected officials, business and religious leaders, health care providers) to step into what Elaine Kamarck refers to as “the leadership vacuum that has been the Trump presidency.” The coronavirus pandemic has grown in that vacuum and it has cost America and Americans many unnecessary lives and economic casualties.

That is why we must come together to sail this ship of state to save ourselves and others. In doing so, we should remember these words from the American Poet Henry Wadsworth Longfellow that U.S. President Franklin Delano Roosevelt sent to British Prime Minister Winston Churchill which Churchill used in a speech in 1941 early in World War II:

Sail on, oh ship of state, Sail on, oh union strong and great; Humanity with all its fears, With all the hopes of future years, Is hanging breathless on thy fate.

This is not World War II. It is a different war and it is now up to all of us to win it.