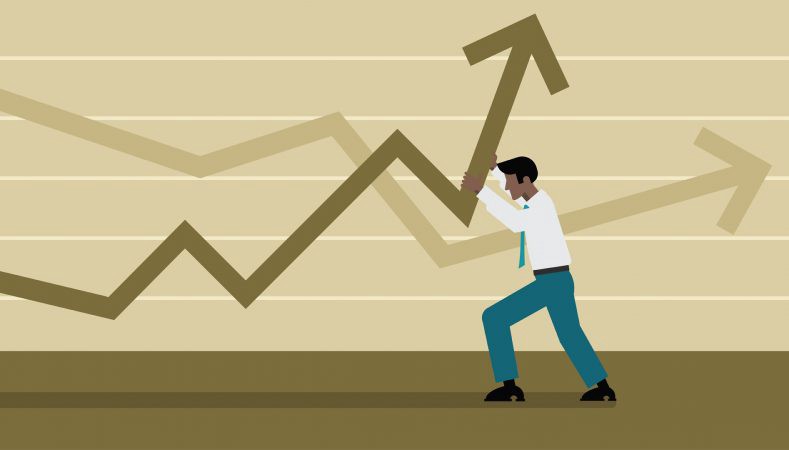 After it was officially announced that the U.S. GDP had grown at an annualized rate of 4.1 percent in the second quarter of this year, President Trump provided remarks to the press on the South Lawn of the White House. As is his want as a “serial exaggerator”, Trump made several claims that were not entirely factual.

Here are the counterpoints to those proclamations:

It is always interesting to fact-check Trump’s braggadocio. But, there is critical point that must be stressed regarding the puffery and posturing in this instance.

The truth is that for the average American, the line-level employee looking to earn higher wages, and families trying to raise their standards of living, the country’s GDP performance matters very little.

This is so because GDP, at best, has only a modest effect on what matters to those Americans. That is their Individual Economic Wellbeing (IEW). Let’s examine why this is and how Americans are doing currently in terms of their IEW.

Gross Domestic Product (GDP) is a broad measure that is used to look at a country’s economic growth. It can be defined simply as the total value of the output of a country’s good and services.

Conventional economic theory is that as GDP goes up, unemployment goes down, wages rise and the standard of living improves. Since the end of the Great Recession, this theory appears to be holding in general except for the area of wages — although the standard of living area is also somewhat open to dispute.

This is proof that while there may be strong correlation between GDP and the economic conditions of a country at the macrolevel, it can be nominal at the micro- or individual level.

There are a variety of reasons for this. The main ones include the fact that GDP was never intended to function as an indicator of well being and GDP is insensitive to the distribution of income within a country.

As Nobel Prize winning economist Joseph Stiglitz puts it, “No single measure can capture what is going on in a modern society, but the GDP measure fails in critical ways. We need measures on how the typical individual is doing (measures of median income do a lot better than measures of average income).”

How is the typical individual and household doing in the U.S. today on measures that matter? The best summary of the current conditions is provided by Eleanor Krause and Isabel v. Sawhill of the Brookings Institution in their blog, “Seven Reasons to Worry About the American Middle Class,” posted in early June of this year.

Highlights — or should we say lowlights — of their findings include the following:

This data is saddening. The data on the increased income inequality in the United States is staggering. Krause and Sawhill report that:

A recent report from the Organization of Economic Cooperation and Development (OECD), an organization comprised of 36 members — mostly from advanced economies — committed to improving economic conditions around the world — found that the United States had “a higher level of income inequality and a larger share of low income residents than almost any other advanced nation.”

It’s not just income inequality. The American worker is disadvantaged in many other ways. Andrew Van Dam in his Washington Post article writes that the OECD report discloses:

Put the data presented herein together and the IEW picture for too many Americans is a dismal and depressing one.

The problem is that unlike the GDP monthly report, which presents composite integrated information on the value of the country’s output, there is no single source to get similar data on IEW. It needs to be ferreted out from various government reports, such as those produced by the Bureau of Labor Statistics and the Department of Commerce, as well as special research studies.

That is why we are recommending the development of a monthly IEW Index (Index). The Index should be the definitive source for information on the Individual Economic Well-being of Americans.

We will leave it up to the economists and statisticians to decide what goes into the Index. The important thing is that the Index be developed as soon as possible. The reason for this, as this blog demonstrates, is that the United States is devolving into a nation of the: have a lot more, the have some more, the haves, the have less, and the have a lot less.

One cannot ascertain that by looking at GDP. The problem is that there is an implicit assumption that a rising GDP at a solid rate (let’s say 3 percent or greater) raises all boats.

There is now substantial evidence that in America today that is no longer the case. That is why we need the IEW Index.

The Index should be released at the same time as the GDP report, so that all concerned individuals and organizations can determine whether the well-being of the country as a whole is translating into well-being for its citizens. With this information in hand, decision-makers can develop the policies and take the actions necessary to ensure that when America does well, all Americans do well.

Now there is a substantial disconnect. We can begin to eliminate that disconnect if we quit fixating on GDP alone and start thinking about and considering IEW too.

[Ed Crego and Frank Islam have been writing about Individual Economic Well-being for nearly a decade. We introduced the concept in Chapter One of our book, Renewing the American Dream: A Citizen’s Guide for Restoring Our Competitive Advantage, published in 2010. We devoted a whole chapter to it titled “Individual Economic Well-being: The 100%” in our book, Working the Pivot Points: To Make America Work Again, published in 2013. And we wrote a blog on IEW for Huffington Post in 2016.]