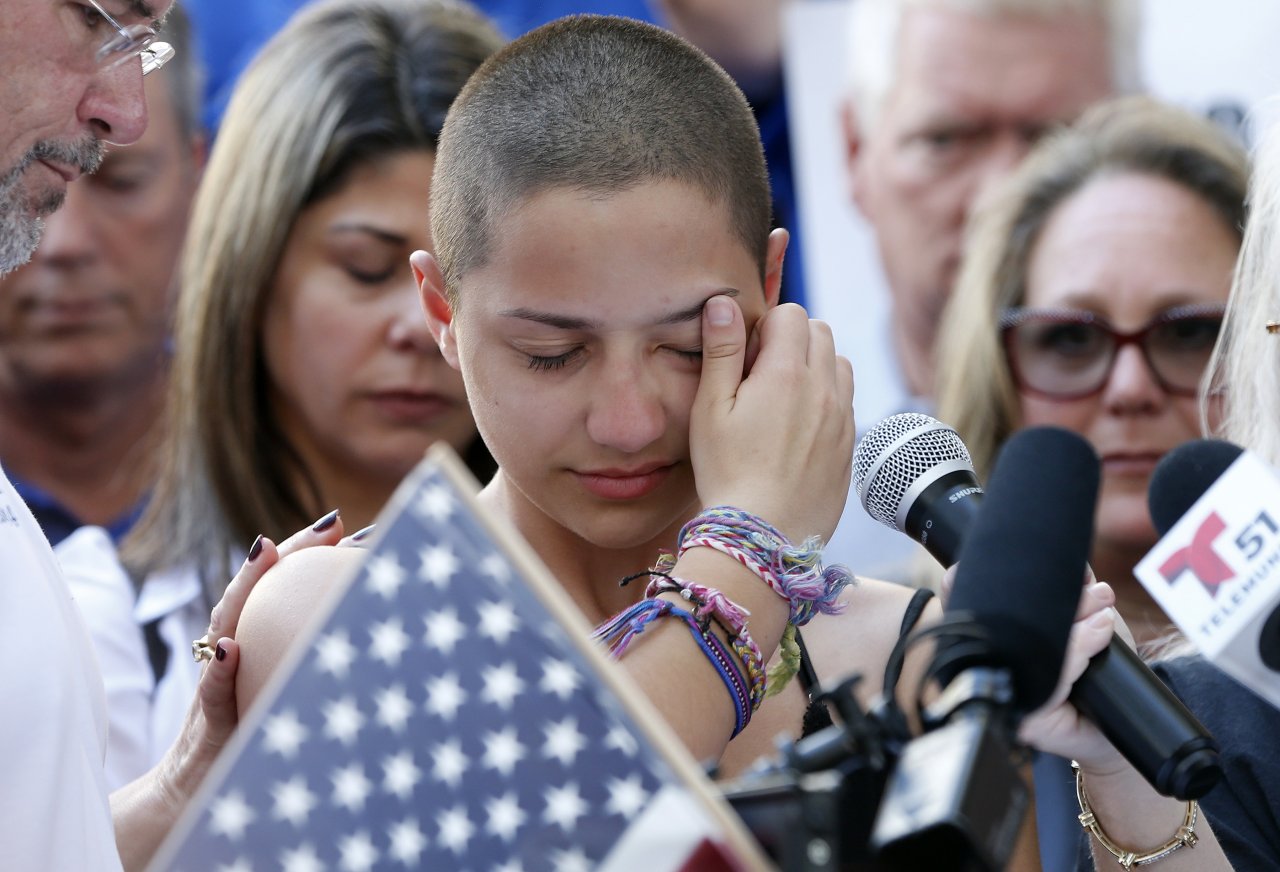 The slaughter of 17 students and adults at Marjory Stoneman Douglas High School in Parkland, Florida on February 14 was, as we all know, only the latest in a seemingly endless string of recent mass shootings in America. But as many have noted, there is something different about this one. After past shootings, it was primarily adults—parents of slain students, gun safety activists, and so on—who spoke out about the need for government action to, say, ban the sale of assault-style weapons. This time, for the first time, it’s the surviving students who are leading the charge.

Even more striking is how passionate, articulate, and effective these students are in making their case. This was apparent in TV interviews within hours of the shooting. Indeed, one Stoneman student, senior David Hogg, had the presence of mind to interview his fellow students on his camera phone while the shootings were underway.

In the days that followed, as these young people went from giving local TV interviews to lobbying politicians in Tallahassee to beseeching Donald Trump in the East Room, their eloquence was so impressive that it fueled a far-right conspiracy theory that they are not real students but paid “crisis actors.” Mainstream observers have offered more plausible explanations. Broward County Schools Superintendent Robert Runcie, for instance, chalked up the student’s lucid activism to a district-wide debate program that teaches extemporaneous speaking. Yet, while that may be a factor, it doesn’t explain the fact that students at Florida high schools beyond Broward County have also spoken out, organized walk-outs, welcomed Parkland students to their schools, and gotten involved in other ways.

An alternative explanation that is worth considering is that the students at Stoneman Douglas, as well as all of the students in the state of Florida, have been the beneficiaries of what is arguably one of the nation’s most comprehensive and successful efforts to teach civic knowledge and engagement.

The roots of this effort go back to 2007, when former Senator Bob Graham (D) and former Congressman Lou Frey (R) realized that adults in the state of Florida scored at or near the bottom of surveys that measure civic health and engagement. The two joined forces and formed the Florida Joint Center for Citizenship to get civics education legislation passed. After a few failed attempts, in 2010 the Florida legislature finally approved, and then-Governor Charlie Christ signed, the Sandra Day O’Connor Civic Education Act, named for the former Supreme Court justice who has had made civic learning and engagement her post-SCOTUS life’s work.

Four aspects of the law make it unique. First, while most civics classes in America are offered, if at all, in high school, the O’Connor Act aims to educate students in middle school. It mandates a civics course in 7th grade and the incorporation of civic education content into the K-12 reading language arts curriculum. Second, while most states require that students be tested only in reading and math, the O’Connor Act mandates a comprehensive civics test at the end of 7th grade. That sends a message to teachers, administrators, and parents that civics is a core subject that needs to be taken seriously. Third, the act provided modest funding to the Florida Joint Center on Citizenship to contribute to the implementation of the legislation by providing assistance in areas such as professional development and curriculum development.

Fourth, while many of us may remember civics classes in our youth as dull and forgettable, the Act takes advantage of decades of effort by education researchers to figure out what works and doesn’t work to build the knowledge, skills and dispositions required for good citizenship. It advocates adhering to six evidence-based practices, including not just classroom lectures but teacher-led discussions of current events and controversial issues; extracurricular activities—particularly those requiring teamwork and collaboration; student participation in school governance; and, simulations of democratic processes such as mock trials.

The law was implemented in middle schools across the state beginning in 2011-2012 and the first testing was done in 2014. Evidence suggests the initiative is having a positive impact. The percentage of students who passed the state’s 7th grade civics exam has gone up from 61 percent in 2014 to 70 percent in 2017. At Westglades Middle School, which feeds into Parkland, scores were even higher: 86 percent, versus 70 percent statewide. Unquestionably, the students of Parkland had an excellent civics education even before they set foot in high school.

The message that civics education is vital and needs to be taught early is beginning to be heard. Two other states, Tennessee and Hawaii, now have middle school initiatives in place. The Illinois legislature is considering adding a provision on middle school civic learning to 2015 law requiring a semester long civics course in high school. And, Massachusetts has draft legislation to put a project-based approach to civic learning in grades K-12.

That’s the good news. The bad news is that Florida itself is going backwards. Last year, the GOP-controlled legislature and its governor, Rick Scott, cut funding for Florida Joint Center on Citizenship, the organization that supports implementation of the state’s civics program.

Nevertheless, Florida has set the example for the nation on what to do in civic learning and engagement. In these difficult times, our country should heed that example.