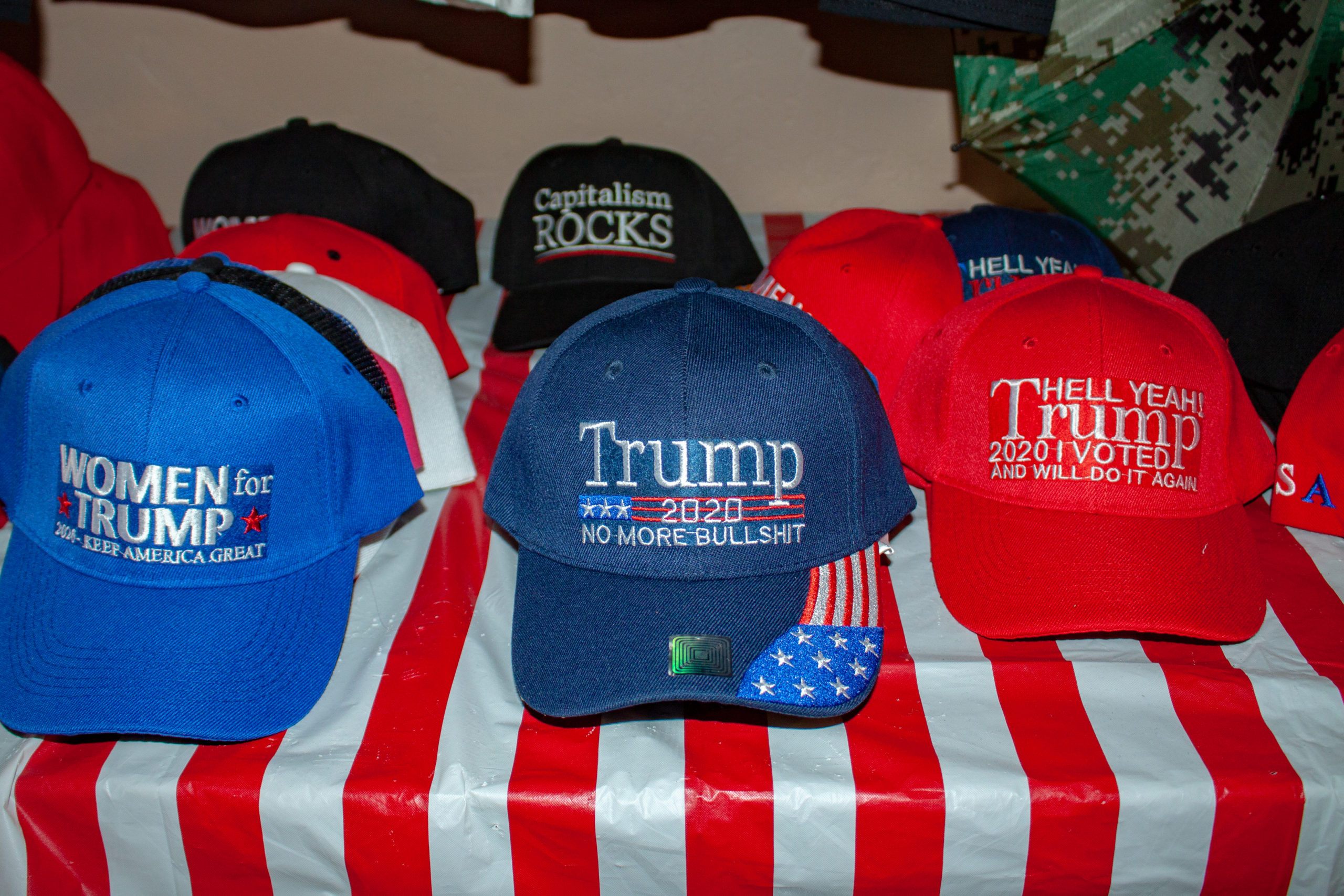 The Mind of Trump Supporters–2020

Never mind! That would be the response of tens of millions of Donald Trump’s loyal supporters on what to do to counteract his egregious actions, tweets and statements.

They would say that to others, as they themselves would always mind. They would embrace whatever Trump says and do whatever he asks.

Why is that? Who are the Trump supporters?

As we noted in an August 2016 blog before the presidential election that year, “Trump supporters are of two principal types: right wing populists and Republican diehards.”

Those populists who were early supporters of Trump tended to skew male, older, whiter, and less educated. As we observed back then, however, “Frequently, citizens’ votes have more to do with who they are rather than who the candidates are or what their ads say. That’s why when it comes to winning elections in close races, understanding psychographics trumps demographics.”

Here’s what various researchers and analysts discovered about what was on and in the minds of early Trump supporters at that time. They were Republican voters who:

That mindset and these populists made Trump victorious in the Republican primaries. By general election time, they were joined by what might be labeled “diehard” Republicans.

As we wrote in 2016, these stanch Republicans came “… from across the party continuum.” They were loyal Republicans who would never leave the Party nor ever vote for a Democrat or a third-party candidate. They included single or wedge issue voters such as business owners, gun owners and evangelical Christians.

The diehard Republicans were not uniformly enthusiastic about supporting Trump in 2016. Within just about a year after his winning the presidency, they had become much more approving.

In a blog written in October 2017, we noted that Trump’s support among Republicans as a group was substantially higher than that of the Republican congressional leadership. His approval ratings and the belief that Trump was taking the Party in the right direction were extremely strong and extended across the board. Based upon an assessment of the significance of that data, we stated, “What we can tell at this point in time is to a greater rather than a lesser extent, the Republican Party is the party of Trump.”

Over the next three years, from 2017 through 2020, Trump’s approval ratings with Republicans remained very high and remarkably stable. More importantly, in that time period he solidified what might be called his stranglehold on the Republican Party, which must now more correctly be called the Party of Trump.

The extent of Trump’s ownership and control of the party was demonstrated by the fact that the Party adapted no platform at its annual convention this year. Trump was the platform and the Party is his.

Trump established this total mindshare by governing and communicating in a manner that increased his support with his expanded core group while adding a couple of new constituencies, such as white supremacists and right-wing conspiracy theorists. He did this by focusing and championing the issue or item that was top of mind for them.

The top of mind concerns of key groups of Trump supporters and selected actions that Trump has taken to address them are summarized below:

Those are the top of mind issues for some major groups of Trump supporters. They bring us to the elephant and the fox in the room.

The elephant is the elected officials in the Congress of the United States in Washington, D.C. The fox is Fox News.

The elephant was the symbol for the Republican Party when it was the GOP, before it became the Party of Trump. There is a need for a new symbol because those officials are now in a space defined by President Donald Trump and not themselves.

Early in his campaign to secure the Republican presidential nomination, Trump had only one Senatorial ally — Jeff Sessions (R-AL). His senatorial opponents such as Ted Cruz (R-TX) and Lindsey Graham (R-SC) spoke about him in derogatory terms.

After Trump won the nomination, the Republican members of the Senate and House of Representatives begrudgingly became supporters. After he was elected President, the support increased and some politicians, such as the members of the Freedom Caucus in safe districts and states, became outspoken and ardent advocates.

As it became obvious early in his tenure in office that Trump’s popularity and approval ratings were much higher than their own, the Republicans shifted to become accomplices and enablers in advancing Trump’s agenda. They did this because the top of mind issue for the majority was and is re-election.

The impact of Trump upon the Republicans was evident during the impeachment trial in the Senate. In his closing argument there, House impeachment manager Rep. Adam Schiff (D-CA) declared, “It is said that a single man or woman of courage makes a majority. Is there one among you who will say, ‘Enough’?”

The answer to Schiff’s question was a resounding “No.” Trump might not have control over the minds of the Senators, but he definitely has control over their votes and mouths.

By contrast, because of Fox News, Trump has mind control over his strongest supporters. The reason for this, as polling by the Pew Research Center revealed, is that Fox is overwhelmingly the most trusted source for news among the traditional TV news media sources for these supporters.

Fox News is the primary purveyor of Trump’s fake news. Because of its one-sided presentation of information and opinions, it also serves as an unofficial public relations firm for Trump.

Indeed, Fox News commentators such as Sean Hannity, Laura Ingraham, and Tucker Carlson not only spin their presentations to reflect favorably on whatever the President says and does. It is also reported that he seeks their advice frequently, or listens to them and then repeats things they have said.

Fox News commentators shape or reinforce what’s on and in Trump’s mind. And Trump, in turn, shapes, and influences what’s in and on the minds of his supporters.

Trump is able to do this because each of us has our own belief system and tends to accept information which fits within that system. Social psychologist Milton Rokeach from Michigan State University was one of the foremost experts on belief systems. As we noted in our first book, Renewing the American Dream, published in 2010, Rokeach developed a psychology of dogmatism. He found that dogmatism was a measurable personality trait created by the convergence of a closed cognitive system, authoritarianism, and intolerance.

We’ve seen no study on the profiles of Trump supporters but it is likely many of them would score highly on the dogmatism scale. There is a new book, however, by psychology professor Bob Altemeyer and lawyer John W. Dean titled Authoritarian, which presents recent survey results confirming that many Trump supporters have right-wing authoritarian mindsets. Other Trump supporters would do what many of us do because we are human.

If a fact, figure, or statement doesn’t fit with our belief system, we ignore or reject it. Studies have found that people will not seek or attempt to secure data if it does not reinforce with their own viewpoints. And they will accept inaccurate information over definitively accurate information if it conforms with their views. In other words, there are ideological blinders through which we filter information.

In a recent New York Times article, political scientist Greg Weiner asserted that President Trump’s “..orienting principle is that everything that benefits Mr. Trump is true and everything that inconveniences him is false.” Weiner goes on to state, “Five centuries ago Niccolo Machiavelli called this the “effectual truth:” Claims that are true, he wrote in The Prince, are so not because they correspond to objective reality but because they are politically ‘useful.’”

The most adamant supporters of President Trump accept and endorse his effectual truth on all matters on which he opines. It becomes their political mantra and defines their societal mission.

This was proven most recently by the fact that there was little negative reaction among the Trump supporters to his catching COVID-19 or his reprehensible tweet and video instructing the American citizens, “I’ve learned so much about the coronavirus. Don’t let it dominate you. Don’t be afraid of it. You’re going to beat it.”

There are more than 210,000 Americans who have not beaten it. And there have been more than 7 million cases to date, with many more deaths and cases in the offing. This is not a blessing.

Some have called Trump supporters mindless. They are not mindless but they do mind less.

From one perspective, Trump supporters might be labeled mind full. That’s mind full not mindful. Their minds are full. These supporters have not drunk the Kool Aid or the hydroxychloroquine.

But their minds have been dominated and infected by Donald Trump. If that dominance results in Trump’s re-election in November of this year, it will be the embalming fluid for the American democracy.

Fortunately, there will be many other minds at work and voting in this election cycle. They include the normal big tent Democratic coalition and cross-over voters who supported Trump in the 2016 election, from groups such as women, senior citizens, suburban residents, citizens with college degrees, and working-class heroes and essential workers.

This should produce a Biden victory. That victory will provide the opportunity for concerned citizens of all political stripes and persuasions to unite and start the hard work that will be required to revive and build a collective and more inclusive American mind and memory.