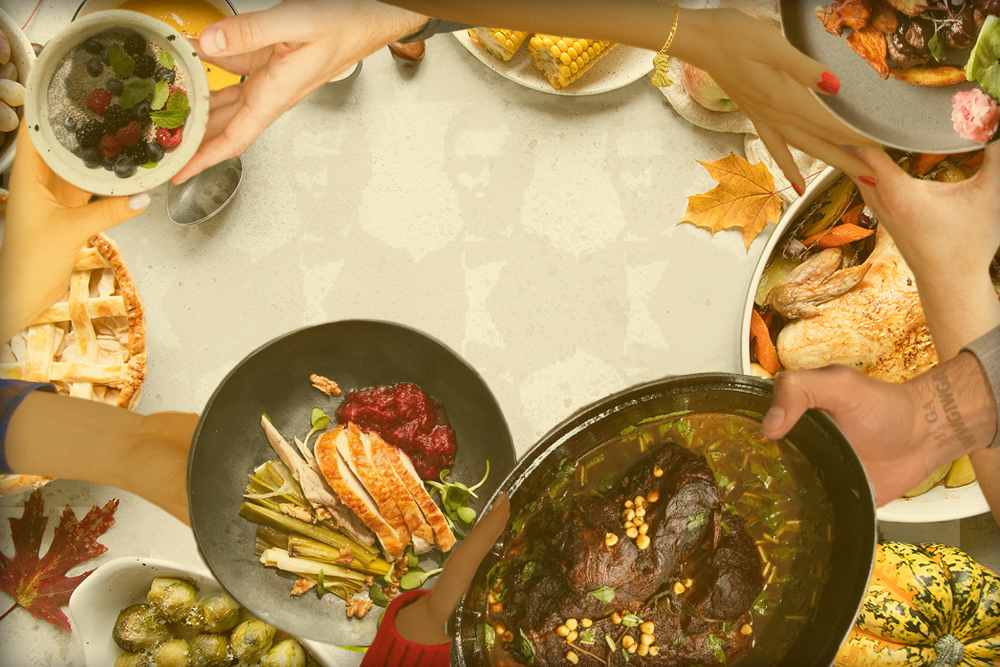 This Thanksgiving we are thankful that the light of our American democracy still shines.

Much of the media in the period from Labor Day in September until the midterm elections on November 8 was consumed with politically-related coverage. That coverage featured stories about: an American people who were polls and poles apart; crazies and conspiracy theorists; threats and intimidations of election officials and workers; voter suppression versus voter expression; lawsuits alleging fraud and electoral illegalities; concerns about polling place violence; candidates battering each other; and endless attack ads.

We are thankful now that those midterm elections are over. We are very thankful that, in the main, the elections came off without incident, losers conceded and congratulated the winners, and the common good and common sense prevailed. We are most thankful for everyone who performed their civic duty and voted.

That duty is an almost sacred one in this democratic republic. Voting is the peaceful and proper way to transition power and to influence the policies and programs in the United States of America.

This Thanksgiving we remain thankful for living in these not-so United States of America. A place which in these days and times is polarized politically, economically, geographically, racially, and religiously.

This polarization has been created by and has generated doomsayers, doubters, and deniers. We are thankful not for them, but for the believers who acknowledge and accept the truth.

As truth-believers, they are the concerned citizens who are willing to roll up their sleeves and to work collaboratively, constructively with others when the truth is not what it should or could be. As truth-tellers, they are the advocates for continuing the slow and arduous trek toward a more perfect union with liberty and justice for all, not just the chosen few. Those heroes for the truth do not stand alone in 2022. They are joined by many others.

In 2022, we also say thanks for and to the people of America, including:

We have been sharing our thanksgiving thoughts for a decade now. Over those ten years, we have given thanks, among other things, for: the four freedoms; this immigrant nation; the chance to bridge the divides among us; and the patriotic Americans who helped us work through and weather the COVID-19 pandemic.

A pivot point, as we defined it in our book, Working the Pivot Points: To Make America Work Again, is “an area that must be leveraged and addressed effectively in order to effectuate change and achieve positive outcomes.”

Pivot points define the character and shape the destiny of a nation and its people. They establish the rules of the game and influence the attitude of the public. They create an upward or downward trajectory and accelerate or decelerate forward momentum and progress.

We examined some of the pivot points in American history in the first chapter of our book, looking at the context at that time, the response taken, and constructing alternative scenarios for what might have happened without that response. The pivot points we explored included : the Constitutional Convention, the Morrill Act, Teddy Roosevelt’s trust busting, the Social Security Act, and the GI Bill.

We identified the Civil War as a pivot point. But we deliberately chose not to analyze it because of the complexity of the topic.

We are thankful in this Thanksgiving season that Pulitzer Prize-winning historian Jon Meacham does so in his recently released new book, And There Was Light: Abraham Lincoln and the American Struggle. Meacham tells the story of Lincoln’s life in detail in his book, and he also tells the American story at this pivot point of the Civil War.

Near the end of the Prologue to this masterpiece, Meacham writes:

…We study Lincoln not because he was perfect but because he was a man whose inconsistencies resonate even now. So, too, does his bigness. No Olympian, he did not act alone. With courage, Black Americans rose against enslavement; with conscience Abraham Lincoln held a nation together when a permanent fracture would have given unchecked power to a hegemonic white Southern order with designs on expanding its slavery-based empire.

Offered the opportunity to save the Union and avoid war by making concessions to slavery, Lincoln refused. Urged to abandon emancipation to increase his chances of reelection in 1864, he declined. Both decisions offer tangible evidence of Lincoln’s antislavery convictions and of his devotion to democracy in the battle against a race-based autocracy. “I do not despair of this country,” Frederick Douglass said. “The fiat of the Almighty, ‘Let there be Light’, has not yet spent its force.” And it fell to Abraham Lincoln to shed that light in the darkest of hours.

Lincoln was not all he might have been — vanishingly few human beings are — but he was more than many men have been. We could have done worse. And we have. And, as Lincoln himself, we can always do better. In that cause, we must try to see Abraham Lincoln — and ourselves — whole.

In his praise for the book on the book jacket, well-known American historian Michael Beschloss writes, “With his singular gift for compelling narrative and groundbreaking analysis, John Meacham illuminates not only Lincoln and his times but, just as much, the troubled society that we live in today.”

We agree with Beschloss, Meacham’s book is a primer for the pivot point of these tumultuous times for our American democracy. As we stated in Working the Pivot Points,

Memory Matters: Or, our American Memory should. George Santayana famously said, “Those who do not remember the past are condemned to repeat it.” An understanding of the context and back stories at pivot points facilitates the development of knowledge and insights for forward progress. A partial or inaccurate recollection retards momentum and leads to inertia — intracranial and otherwise. Based upon this, we offer the following adaptation to Santayana’s saying, “Those who remember, or want to go back to a past the way that it wasn’t are condemned to no future.” Back to the Future made good movie theater but it cannot be the basis for a successful country.

Those are our thoughts on this Thanksgiving. We are blessed to be able to share them with our fellow Americans who are concerned for the future of this democracy.

In closing, we repeat our words from last year:

On this Thanksgiving Day we will bow our heads and give love and thanks to all those service men and women who have fought to keep and bring this divided nation together during the trying times since it was created. We will also say a prayer for those men and women who will commit themselves to working collaboratively with others of good will to build bridges to close the divides of these trying times.

On this Thanksgiving, may God bless your home, the house in which we Americans live, and the world in we reside.