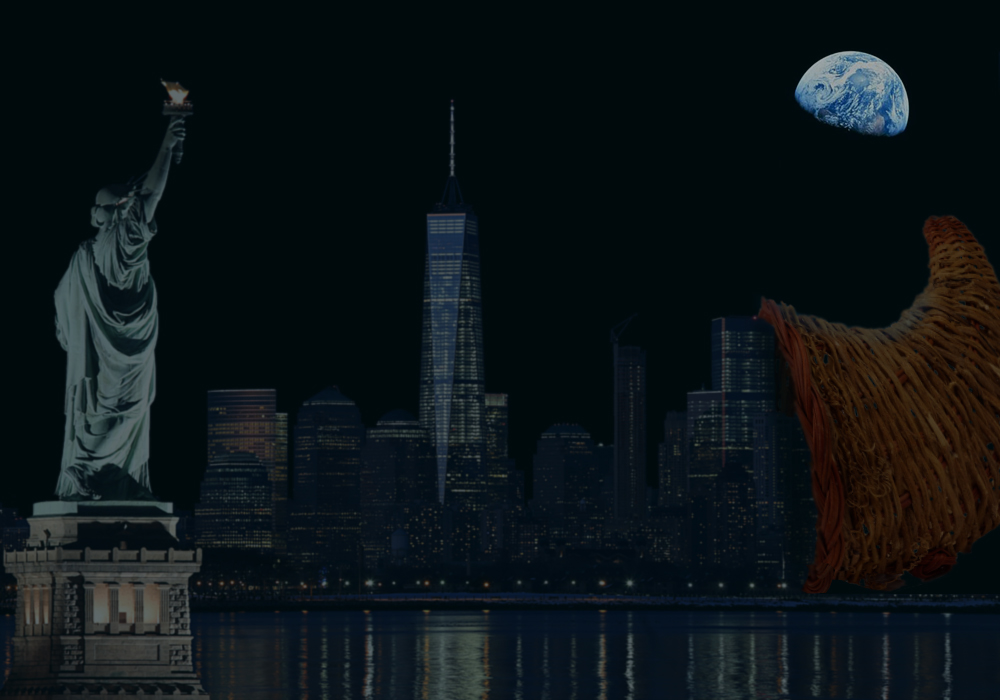 Due to the political, racial, economic, geographic, and religious polarization, 2021 has been a trying year for this nation. In spite of this, there is still much to be thankful for this Thanksgiving.

We are thankful for many of the same things that we have been for the near-decade we have been sharing our Thanksgiving thoughts. We posted four Thanksgiving blogs in that time period. In each of those blogs, we first highlighted problematic and contentious issues of the year and then explained our reasons for still being thankful.

Our first Thanksgiving blog, posted in 2012, addressed the four freedoms — freedom of speech and expression; freedom for every person to worship God in his own way; freedom from want; and, freedom from fear — first enunciated by President Franklin Delano Roosevelt in 1941, and made famous in Norman Rockwell’s painting.

After assessing the status of those freedoms, and presenting some lyrics from “The House I Live In,” recorded by Frank Sinatra to try to unite the country during World War II, we were thankful that:

America, the house we live in, is a more diverse one than it was at the outset of World War II and we believe a better one for it. The family in Norman Rockwell’s Thanksgiving dining room painting was all white. Today that family could also be African-American, Latino, Asian-American, multi-ethnic, gay, straight, and we are certain that we are better off because of this as well.

We also remember that on this Thanksgiving Day there are those without homes to live in, whether due to natural disasters such as Super Storm Sandy or personal circumstances. We know that because of who we are as Americans, there are numerous citizens who will reach out to help them both on this day and throughout the year. That’s America, the house that we live in, a nation of immigrants.

In 2013, because of the national focus on immigration in that year, we addressed our thanksgiving thoughts to the topic of our immigration nation. In that blog, we highlighted the achievements and contributions of immigrants to the nation’s success throughout the centuries. And we were thankful that:

…America has been the beneficiary of an unparalleled immigrant advantage, in terms of intellectual and human capital.

… immigrants have made incalculable contributions in doing the back-breaking work required to eke out a living — to make the economy hum and make the future better for their children.

In 2016, after the extremely combative presidential election contest between candidates Hillary Clinton and Donald Trump, we turned our attention from the topic of immigrants to our divided nation. After reflecting upon the divisions, we were thankful:

…to live in this democracy in which there is a peaceful transition of power.

…to live in this incredible nation built by and on the backs of immigrants.

…this election season is over. That’s so because we now have the chance to fight for each other rather than against one another.

Four years later in 2020, after the unparalleled tenure of the former president, who amplified most of the divides in this nation, we returned our thanksgiving thoughts to our divided nation again. At that time, we listed what we said we were thankful for in 2016 (see above) and stated:

We remain thankful for most of those things. Sadly, however, there has been no peaceful transition of power and what seems to be a never-ending election season continues.

Even though the votes have been counted and the winner has been determined, there has been no concession. There is no collaborative effort to make the transition a smooth and orderly one. Instead, there are legal battles to try to use the courts to overthrow the expressed will of the people.

We are not thankful for that. But, in 2020, we still remain thankful to live in this house and this democracy.

And, in this year which has been a trying one for America and Americans, we are thankful for many new things. They include:

Essential workers who kept the country moving even as much of it was shut down. Health care workers who fought and saved many lives of those stricken by COVID-19. Congress, which managed to come together to pass stimulus packages to sustain the American economy. The American patriots who wore masks, maintained social distance, and washed their hands. The teachers who created virtual classrooms and delivered learning online to sustain the educational process for our most valuable asset.

The citizens who demonstrated their commitment to democracy and civic participation by voting in this year’s election. The state and local election officials, poll workers, and poll watchers in all the states who ensured the integrity of the election. The election results, which returned the people’s house to the people. The prospect of coming together to begin to unite this divided nation on January 20, 2021.

January 20, 2021 came, and with it a hint of optimism regarding the potential for the possibility of working together to unite this divided nation. As the year progressed, the continued perpetuation of the Big Lie, the anti-vax movement, and state legislation suppressing voting rights blew that prospect away. This, combined with the immigrants backed up on the southern border, the pandemic surge in the summer months, the unexpected collapse and circumstances surrounding the withdrawal from Afghanistan, an erratic economy, and rapid inflation created anxiety and a sense of backward momentum rather than forward progress for America and Americans.

Then there was January 6 — an epochal event in our country’s history, and the first new thing for which we are thankful this year. We are thankful that this act of insurrection was unsuccessful, and that while our democracy teetered, it survived. We are thankful for those Republican legislators who put their country rather than their party first and voted to confirm Joe Biden as president. We are thankful there is a January 6 Select Committee to investigate and identify the root cause for this attempted coup.

Moving from politics to healthcare, we are thankful for the COVID-19 vaccines. We are not thankful that more than 750,000 Americans have died because of this pandemic.

We are thankful though for the tens of millions of responsible citizens who have received vaccine shots and worn masks, thus reducing the potential death count attributable to the coronavirus by hundreds of thousands. We are thankful that the vaccine is now available for children between the ages of 5 to 11. And once again, we give thanks to the front-line health care workers who have selflessly carried on through the delta variant invasion, which carried the pandemic on much longer than any of us had expected.

We are thankful for America’s working class who, after decades of being underpaid and unappreciated, are standing up for themselves and getting some of the recognition and opportunities they deserve. We are thankful that the bipartisan infrastructure bill has finally been passed, and that it will create millions of new middle-skill and higher-skill jobs for those workers.

Finally, we are thankful for the American dream. As events have unwound over the past decade and during this 21st century, that dream may appear to be only a fantasy today. But that is not the case.

Look around this nation at its diversity and what people of all races, religions, and economic backgrounds have been able to accomplish. Then look around the world and see if there is any other country in which this might be possible. There may be, but we have not found it.

As we stated in our most recent blog,

That’s not to say that America is perfect — far from it. The USA has many faults, and the divides within the citizenry have grown larger as some would move the country backward rather than forward.

There are many cracks and crevices in this House in which we live. It needs to be remodeled and modernized with accommodations for all.

There are those who understand this. We are thankful for and will join with them to undertake this work.

In closing, we repeat what we said last year:

On this Thanksgiving Day, we will bow our heads and give love and thanks to all those service men and women who have fought to keep and bring this divided nation together during the trying times since it was created. We will also say a prayer for those men and women who will commit themselves to working collaboratively with others of good will to build bridges to close the divides of these trying times.

On this Thanksgiving, may God bless your home, the house in which we Americans live, and the world in which we reside.