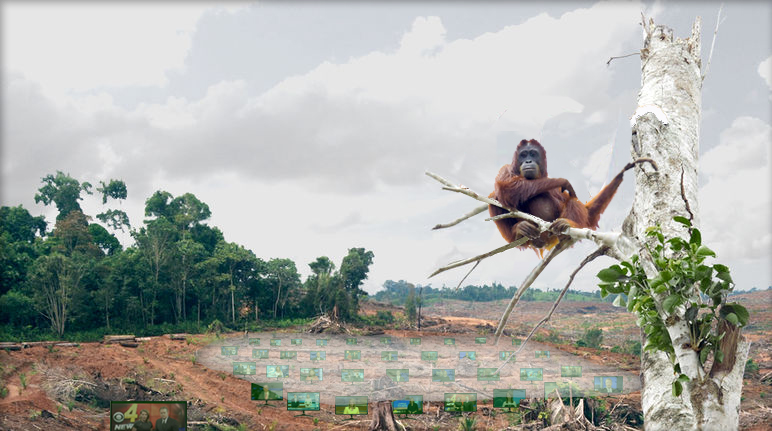 While the names and the singular voices may be the same, their manner of speaking out is quite different.

Upton Sinclair, a muckraking novelist and journalist, first raised his voice in 1906 to gain national attention with the publication of The Jungle, his novel exposing the horrible working conditions and the completely unsanitary practices of the meat-packing industry.

Sinclair’s work of “fiction” was based upon extensive, undercover research he did in meat processing plants in the Chicago stockyards. It was initially published in installments in the Socialist magazine, Appeal to Reason in 1905.

The Jungle sold exceptionally well and stunned the American public. It had such a significant and immediate impact that in 1906, the year the book was published, Congress passed the Pure Food and Drug Act and the Meat Inspection Act.

Upton Sinclair’s voice was heard clearly then across this country. The Sinclair Broadcasting Group’s voice is being heard clearly now.

The Group is the largest owner of television stations in the United States with a total of 193 stations in close to 80 markets throughout the U.S. The voice that is being heard is its corporate voice, which is being used to quiet the individual voices of local newscasters by requiring must-runs. Must runs are news statements or segments that are dictated by headquarters.

Recently, the Sinclair Group had the local news anchors at its stations use the same script to deliver its corporate message regarding “biased and false news” asserting that what was “most alarming was national media outlets publishing these same fake stories without checking facts.” The local anchors read these statements as if they were their own opinions stating “I’m concerned about the troubling trend…”.

Brian Stelter of CNN first disclosed this must-run “media-bashing” campaignin March. The you-know-what did not hit the fan, however, until Deadspin’sTimothy Burke put together a supercut showing dozens of Sinclair anchors saying exactly the same thing.

As those anchors said in their performances as talking heads, “This is extremely dangerous to our democracy.” Indeed, it is. When one can no longer trust the individual authenticity of journalistic expression — or of the fourth estate — democracy is put at risk.

No one can speak more forcefully on this than Upton Sinclair — even though he has been dead for more than one-half a century. This is so because Sinclair wrote a best-selling book published in 1919 titled The Brass Check, subtitled A Study of American Journalism.

In his book, with facts a-plenty, Sinclair exposed newspapers and some magazines of the time for their untruthfulness and massaging and manipulation of the facts. His primary targets included the Associated Press wire service and William Randolph Hearst and the “yellow journalism” of his publications.

The cover copy for that book presents the following essential questions that are as important today as they were nearly a century ago:

Substitute the words “television” and “media” and those questions can be brought forward and considered within the context of the Sinclair Broadcast Group and another one of its must-runs.

Boris Epshteyn, a former Trump aide during the 2016 political campaign and at the White House is the Group’s chief political analyst. According to Dylan Matthews of Vox, Epshteyn produced as many as “nine conservative pro-Trump segments a week”. His Bottom Line with Boris segments are must-runs for all 193 Sinclair stations.

Mandating this coverage is the Sinclair’s Group’s prerogative as owners. This mandate says who they are politically and philosophically. They are activists for a conservative cause and should not be faulted for that.

There is one slight problem, however, and that is many of the viewers of the local television stations controlled by the Group believe that they are receiving unbiased and objective reporting and commentary. They are unaware that the local ABC, NBC, CBS — and yes, even Fox News — station they watch will occasionally be spouting propaganda and an activist conservative message crafted from on high, and not by the neighbor next door.

There is absolutely nothing wrong with activism. That is true as long as the activism is overt rather than covert.

Upton Sinclair understood this. He was a socialist and a political activist. Later in his career, he turned from writing stories about others to trying to write a story of his own.

During the 1920’s he had moved from the East Coast to California. There, at the outset of the Great Depression, he organized the End Poverty in California (EPIC) movement, a public works program, and used that as his platform to run for the nomination to be the Democratic Party’s gubernatorial candidate in 1934. He ran second in a three person race getting 38 percent of the total vote cast.

After that, Sinclair returned to writing, winning the Pulitzer Prize for fiction in 1943 for his novel, Dragon’s Teeth, which looked at the origins and rise of Adolf Hitler and Nazism in Germany. Sinclair continued to write into the early 1960’s. When he died at the age of 90 in 1968, he had written “more than 90 books, 30 plays, and countless other works of journalism.”

That is the journalistic tale of Upton Sinclair. The tale continues to be written in this 21st century by new acolytes and those who employ an investigative approach to discover the facts and write honest material in order to speak truth to power.

The journalistic tale of the Sinclair Broadcast Group also continues to be written. The Group is definitely going to become much bigger in 2018 due to its pending acquisition of Tribune Media.

The details are currently being worked out in order to secure FCC and Justice Department approval. The acquisition will substantially increase the Group’s footprint. An initial estimate was that the acquisition would have given it control of 233 television stations that reach 72 percent of U.S. households.

That is the tale of the tape. The question is what the tale means for the future of broadcast journalism in the United States.

Nothing is for certain. But, it seems highly probable that Sinclair broadcast journalism will continue to be more of the “must-run” type than of the Upton Sinclair type.

That does not bode well for journalism in general nor the democracy. Fake news may not become the order of the day. But, it will most likely become much more difficult to separate fact from fiction regardless of where or which channel one is watching.