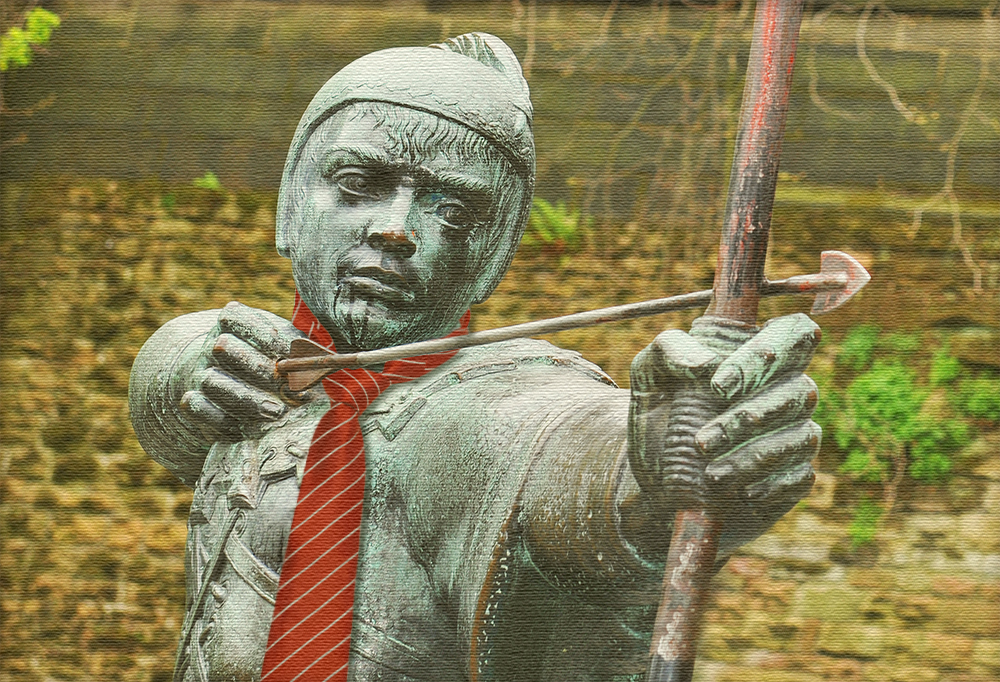 The country is at a pivot point. For America to be America again, big business must step up to the plate and use its clout to benefit not only the CEOs and the shareholders but also their employees, customers and the communities in which they operate.

We wrote those words in a blog posted near the end of July 2018. This year, in mid-August — just over one year later, the Business Roundtable (Roundtable), an organization comprised of America’s largest corporation redefined its statement of purpose.

The statement was revised from placing primacy on shareholders alone to promoting “an economy that serves all Americans.” This new focus expanded the scope of stakeholders to include employees, customers, communities and suppliers.

Does this mean that big business has committed to transforming itself and assume a leadership role in making “America America again?” We wish that were the case but we think not. As we observed in a Labor Day blog posted after the Roundtable’s pronouncement, our opinion is the Roundtable statement “… is symbolic at best and disingenuous at worst.”

The primary reason for this assessment is that the statement was accompanied by no action plan nor mechanism for accountability. The reactions from others to the Roundtable’s new statement ranged from support to opposition to skepticism:

Baker defends his conclusion by reporting that the average real return to shareholders since 1997 has been 4.8 % annually compared to a longer-term average of over 7%. He asserts that what has been maximized over this time period has been “executive compensation.”

We agree with Baker’s perspective. Evidence to support that position comes from the Equilar/New York Times study of CEO compensation for 2018 at the 200 largest U.S. public companies and a report from the Economic Policy Institute.

The Economic Policy Institute analysis showed that from 1978 to 2018, CEO pay rose by 940%, while the pay for the average American worker rose 12% in that same forty-year time period.

One of the major means that executives at public companies have used to achieve these staggering results for themselves has been open market stock buybacks. These buybacks inflate the CEOs’ annual compensation because a large percentage it comes from stock options and stock awards.

William Lazonick, professor of economics at the University of Massachusetts was one of the first people to call attention to this practice in a 2014 Harvard Business Review article. In that article, Lazonick stated “By increasing the demand for a company’s shares, open market buybacks automatically lift its stock price even if only temporarily, and can enable the company to hit quarterly earnings per share targets.”

Jerry Useem provides an updated analysis of the history and impact of open market buybacks in an article titled “The Stock-Buyback Swindle” for the August 2019 issue of The Atlantic. The lead for Useem’s article reads, “American corporations are spending trillions of dollars to repurchase their own stock. The practice is enriching CEO’s at the expense of everyone else.”

In spite of increasing scrutiny and their questionable intent, open market stock buybacks remain quite popular in 2019. Our review shows that from the first of the year through mid-August there have been nearly 90 stock buyback announcements.

This CEO compensation data suggests that it is unlikely — although not completely impossible — that the leaders of American businesses will unite en masse and don their white knight garb to share some of their wealth in order to create an “economy that serves all Americans.”

In addition to compensation, there are other corporate practices that have been engaged in for some time that make such a redistribution improbable. They include:

Add to these other factors such as:

Finally, there is executive and corporate disregard in areas ranging from environmental contamination to health and public safety. Purdue Pharma’s role in contributing to the nation’s prescription opioid crisis, and the terribly flawed decision-making and failed leadership demonstrated in the sad case of the Boeing 737 Max, provide two egregious examples of corporate behavior gone awry.

Does all of this taken together mean that the Roundtable’s statement should be written off or ignored? We believe not, for two reasons.

The first reason is that these are trying times in America. With economic inequality increasing and advancement opportunities decreasing for so many American workers and Americans, the very concept of capitalism as a bedrock of the American Democracy is being called into question.

In April of this year, business leader and hedge-fund billionaire Ray Dalio issued a paper titled “Why and How Capitalism Needs to be Reformed,” which presents a clarion call for action. In his paper, Dalio declares that the huge and widening gap between the haves and have-nots is creating the potential for economic disaster and conflict across the country.

Coming from the journalistic side of the ledger, Pulitzer Prize-winning business columnist Steven Pearlstein has written a book published in 2018 titled Can American Capitalism Survive? The book’s subtitle, Why Greed is Not Good, Opportunity is Not Equal and Fairness Won’t Make Us Poor, summarizes Pearlstein’s major themes, which are: The current corporate approach with a sole focus on shareholder value is not working in the best interest of the American economy. The distribution of wealth and the chances for progress that have been an essential part of America have become increasingly unequal. A little redistribution wouldn’t hurt anyone and would help a lot of people.

Then there are the Democratic candidates running for president, highlighting the deteriorating conditions of the American working class and talking about addressing them, with answers ranging from more modest proposals to increase the minimum wage and provide better employee benefits to more radical ones such Bernie Sanders “social democratic” approach, Andrew Yang’s universal basic income proposal, and Elizabeth Warren’s Accountable Capitalism Act. While there is only a slim possibility of it happening, the 2020 elections could result in the Democrats controlling all three branches of the federal government, which would not necessarily be a good thing for big business.

The bottom line is that big business knows that the winds of change are blowing, and a failure to recognize and respond to these changing winds in some way will not be good for their companies’ bottom line. The question becomes what specific actions to take in response to this situation.

There are numerous options that can be considered. Dalio proposes solutions such as: Creating private-public partnerships that would invest in double-line projects that produce both social and economic results. Raising more money from the top via taxes that would not have a disruptive effect on productivity, with the additional tax dollars earmarked to help those in the middle and bottom, and paid for over time, primarily through productivity increases and cost savings.

The Aspen Institute’s Business and Society Program has been a thought leader in this area for some time. Because of its access to corporate leaders, white papers and initiatives such as The American Prosperity Project, which outlines a “nonpartisan framework for long term investment,” the Aspen Institute has undoubtedly had some influence on corporate thinking.

This overview of ideas brings us to our second reason that there should be some cautious optimism regarding what could happen as a result of the Business Roundtable’s Statement of Purpose. That is that business leaders have begun to speak out on social issues that matter to the future of America. And, more importantly, there are already several businesses in America not only talking the talk but walking the walk of balancing corporate and societal concerns.

The Business Roundtable itself spoke out on the Trump administration’s proposed immigration policy in May of this year in a statement that included the following:

A comprehensive solution should address not only skills-based immigration and border security. It should also incorporate policies to improve access to temporary workers with skills needed in the marketplace and provide a practical solution for undocumented immigrants and those living under temporary relief from removal, including Dreamers.

On September 13, nearly 150 companies signed a letter urging the Senate to do something to curb drug violence. The signatories included businesses such as Bain Capital, DICK’S Sporting Goods, and Lyft.

Those businesses that are already on the playing field of corporate social responsibility in the U.S. are called certified B corporations. According to an ad the certified B corporations community placed in the New York Times on August 25, with the headline “Let’s Get to Work,” addressed to “Dear Business Roundtable CEO’S,” these companies are “walking the walk of stakeholder capitalism” and “meet the highest standards of verified positive impact for our workers, customers, suppliers, communities and the environment.”

The ad invited the Roundtable CEO’s to join the B corporations and to “work together to make real change happen”. Signatories to the ad included well-known companies such as Ben & Jerry, Eileen Fisher, and Patagonia.

Currently, there are over 3,000 certified B corporations in more than 60 countries. It appears that no Business Roundtable member is a B Corporation or signed onto the gun violence letter to the Senate. This is disappointing, and that’s the bad news.

The good news is that big business is discovering a new voice and has started to sing a different tune. It is unrealistic to assume that all big businesses will get on board, adapt, and implement a uniform strategy or mode of operations that fully embraces all stakeholders and collaborate as a group in building an “economy that serves all Americans.”

It is realistic, on the other hand, to assume that there will be enlightened CEOs, boards, and shareholders in some American big businesses who will take this journey. To paraphrase an old saying, the journey of a thousand miles will begin with a single big business.

Over time that business, through example and demonstrated success, will bring other big businesses into the fold. Those businesses will help translate the Roundtable statement of purpose from mere rhetoric into an operational reality.

In these politically polarized times where those in the political arena are stuck in a state of perpetual gridlock, America desperately needs this act of CEO courage and leadership. Because of the devolution of the country over the past year, the following words that we used to close our July blog of last year are more true now than they were then:

America needs big businesses and big business leaders who are committed to an agenda to renew America and the American Dream. Those leaders and organizations can not and should not do it by themselves.

But their absence will condemn the Dream to being merely a memory of some long ago time where things were much better and everything seemed possible for America and Americans.