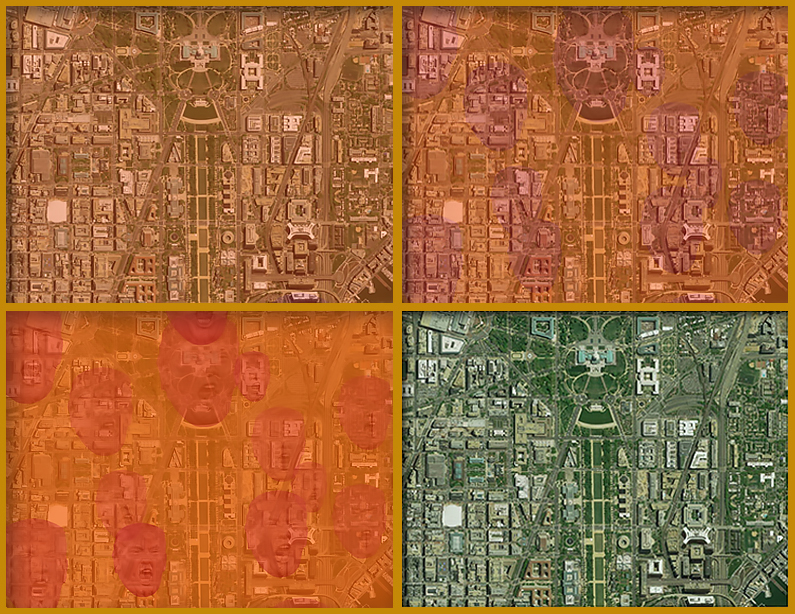 Rebuilding & Renewing Our Hollowed Out Government

On January 6, a mob of anarchists, conspiracy theorists, and delusional Trump supporters carrying Trump/Pence, American and Confederate flags stormed and desecrated the hallowed halls of Congress. This stunning act of insurrection and assault on our democracy was incited by Donald Trump.

For the four years that he has been in office, the Trump administration has been engaged in a continuing assault. That assault is the hollowing out of the federal government. While not as visible to the general public, it is as threatening to the future of the American democracy as the recent attack on Congress.

As we noted in an earlier blog, the hollowing out of federal government agencies has occurred across the board and in mission-altering ways by changing the agencies positioning, policies, and people.

Examples of modifications of agency positioning and policies include:

These decisions and actions taken by the people at the head of these departments and those by the heads of all of the other federal agencies definitely changed the scope and focus of each agency.

More important than the actions made by those people at the top within agencies was a Trump action that could affect people in all federal agencies, the October 21 signing of an executive order that would significantly revamp the federal civil service system by creating Schedule F positions.

This move would also enable the placement of current presidential appointee job holders in Schedule F positions. This would enable those individuals to “burrow in” and not necessarily have to depart when administrations change.

The magnitude of this shift government-wide could be enormous. As Catherine Rampell reported in the Washington Post, a leaked memo from the Office of Management and Budget (OMB) revealed that OMB was proposing the reclassification of 425 employees — 88 % of the agency’s total workforce — under Schedule F.

The Executive Order gives the agency heads until January 19 to decide which jobs to list on Schedule F. A lawsuit has been filed, and efforts have been made, to prevent the establishment and implementation of the Schedule. As of this writing, no final determination has been made.

If Schedule F does become operational, it would be the administrative equivalent of “storming” and decimating the civil service system by “infecting” it from within. Schedule F could be replaced through executive order by the Biden administration, but the hollowing out and damage to the federal government’s personnel system will have already been done and take time to reverse.

It began in earnest with the Reagan administration in the early 1980’s and has continued since. As we noted in a chapter titled “Government is Not the Problem” in our book, Renewing the American Dream, published in 2010, “This hollowing out has occurred due to workforce reductions; key employees, managers, and supervisors retiring; and the contracting of governmental work to the private sector.”

The negative consequences of this deterioration in the overall competence and capacity of the federal government is highlighted by the Government Accountability Office’s (GAO) High Risk Program, which “identifies government operations with vulnerabilities to fraud, waste, abuse, and mismanagement, or in need of transformation to address economy, efficiency, or effectiveness challenges.”

The latest list, released in January 2019, identified thirty-five areas in seven general categories. Those categories and selected areas within them follow:

– Ensuring the Cybersecurity of the Nation

This list indicates that there is a need for a substantial investment of both financial and human capital to improve and upgrade the federal government and its agencies. Instead, what Donald Trump did, as part of his war on the so-called “deep state,” was to decimate many of those agencies — most especially the domestic ones —by eliminating programs, policies and staff positions.

As noted at the outset of this blog, in many cases, he also appointed agency heads who did not support the agency’s mission. Those heads inverted agency policies and priorities and consequently drove many talented federal bureaucrats out of the organization.

In their Politico article published on November 11, after it became apparent that Joe Biden had won the presidency, Megan Cassella and Alice Miranda Ollstein observed that the President-elect was confronting a “staffing crisis” at federal agencies.

No definitive study has been done to identify those agencies that are at higher risk today than when Trump came into office. But, given the administration’s draconian approach through his four years as President, it is reasonable to conclude that in 2021 as Trump leaves office, the majority of the U.S. federal agencies are at higher risk and less capable of solid performance than they were in 2017.

There is a major need to rebuild and renew those federal government agencies. President-elect Joe Biden’s campaign theme of “build back better” absolutely applies to what will be required for those entities.

Biden and his transition team understood that. They brought in individuals with the substantial expertise and experience necessary to put the right plans and key people in place to lead the rebuilding and renewal of those agencies. Because of this and the incoming agency heads, we are confident that the turnaround of those agencies will begin on day one and a sound process will be put in place to provide for their transformation over time.

With regard to the transformation over time, below are two recommendations for consideration that we proposed in 2010 that we believe, given the current conditions, are even more relevant today that they were a decade ago:

1. Have each federal government agency conduct a zero-based organizational assessment and develop a strategic blueprint to become a high-performing organization.

The United States is going through dark times. The federal government has to have the capabilities to be a partner and a leader in shining a light and serving as a beacon of hope to help us chart the course through those times.

Federal government agencies, properly staffed with executives and employees empowered to use their heads, hearts, and souls, will rebuild and renew the federal government and by doing so will help rebuild America as well.