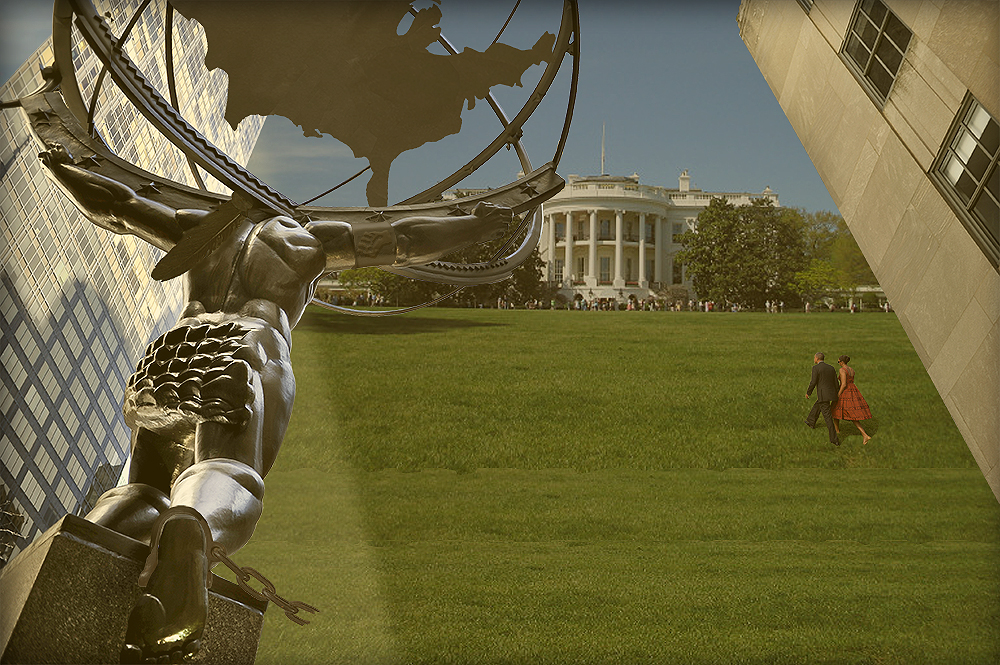 This fragile crucible called our American democracy was created after the Revolutionary War. Since that time, Americans have been involved in an evolutionary war in a continuing struggle to craft the more perfect union envisioned by our founders.

In this 21st century, some Americans have initiated a “devolutionary” war intended to move the democracy backward rather than forward. This devolution started with the members of the Tea Party in 2009 taking over town hall meetings trying to hijack the Republican Party, and grew exponentially as Donald Trump and his populist supporters captured the Republican Party and made it their own.

The Trump movement was based on denial of many things, including the seriousness of COVID-19, climate change, and the valid results of the 2020 presidential election. This movement reflects a trend toward diminished knowledge of and/or disregard for the operations and underpinnings of our democratic society.

Part of that shift was Trump’s call in September 2020 for a national program “to restore patriotic education in our schools.” This restoration would have undoubtedly sanitized or written any negative aspects of our American story out of its history. Events such as the Tulsa race massacre, the Wounded Knee Massacre, and the internment of Japanese-Americans in camps during World War II would most likely not be told.

In a blog that we posted in early April on the re-emergence of civic education in 2021 after decades of decline, we stated that the patriotic education proposed by Trump would not have been civic education at all.

Instead it would have been an indoctrination program of selective information. Programs of this type exist in authoritarian and totalitarian regimes around the world. They should not be part of America’s civic education portfolio.

That’s why we observed in our earlier blog it was good news that Trump’s call for a national program of patriotic education had been crushed with his defeat in the race for presidency. That was then. Now, just two months later we have bad news to report.

Critical race theory is an academic concept introduced in the mid 1970’s by Harvard Law professor Derrick Bell. It was expounded upon in detail in the late 80’s and mid 90’s in books such as Critical Race Theory: A Primer and Critical Race Theory: The Key Writings That Formed the Movement. In simple terms, as Marisa Iati explains in her Washington Post article:

The theory holds that racial inequality is woven into legal systems and negatively affects people of color in their schools, doctors’ offices, the criminal justice system and countless other parts of life. (For a detailed discussion of the theory, read Iati’s analysis or the analysis presented by Jon Greenberg and Amy Sherman in their Politifact article)

The fundamental point that should be recognized is that Critical Race Theory is an academic concept. There is little to no evidence that it has migrated from the halls of higher education to K-12 classrooms in states and localities across the nation.

In spite of that by the end of May of this year, five states had passed legislation prohibiting its teaching in classrooms and at least nine more were considering it. In addition, on May 14 a group of Republican legislators in Congress introduced a bill banning the teaching of critical race theory in federal institutions and a resolution pointing out “the dangers” of teaching the theory in schools.

This all-out attack on critical race theory has been mounted as an attempt to ensure that traditional civics or history courses are not contaminated with controversial issues or become a hot-bed for critical thinking about the nature of the American democracy. It is being fueled — some might say enflamed — by those on the conservative or right-wing side of the political aisle.

Christopher Rufo, a senior fellow at the conservative Manhattan Institute, is one of the leaders of this assault. Rufo writes:

“We have successfully frozen their brand — critical race theory — into the public conversation. We will eventually turn it toxic, as we put all of the various cultural insanities under that brand category. The goal is to have the public read something crazy in the newspaper and immediately think ‘critical race theory.”

The question is whether that toxicity will poison the minds of our political leaders and the subject matter proposed for civic education in the schools in our states. For some it, already has. As an example, consider Texas and Florida.

Texas legislators have advanced a bill that includes banning the teaching of anything related to the 1619 Project, a New York Times series of articles that reframed history based upon a retelling of the slavery story and its role in the establishment and evolution of this country. Another bill passed in Texas called the Texas 1836 Project establishes “an advisory committee to promote patriotic education and increase awareness of the Texas values that continue to stimulate boundless prosperity across the state.”

Florida will not be outdone by Texas. In March, Florida Governor Ron DeSantis proudly proclaimed, “Let me be clear, there’s no room in our classrooms for things like critical race theory. Teaching kids to hate their country and to hate each other is not worth one red cent of taxpayer money.”

What is worth some of that taxpayer money is redoing the statewide Civics and Government standards for civic education for grades K-12. In 2019, Governor DeSantis signed a bill into law for those standards to be revised by December 31, 2020 to ensure a high-quality civic education for Florida’s youth.

The standards have been revised by the Florida Department of Education and distributed for public comment through June 10. In an editorial published on June 3, the Tampa Bay Times comments that “The state Department of Education’s draft of revisions includes language that could narrow these critical conversations in the classroom.”

The Times editorial proceeds to provide examples of that language in standards from grades 1, 2, 5, 7 and grades 9–12 and the questions they raised. It concludes by stating, “The purpose of the state’s effort to rewrite the guidelines is to both instruct students on American civics and to encourage them to act. Every Floridian has a stake in what happens in the school system and an interest in getting this delicate initiative right.’

Civic education is indeed a “delicate initiative.” What is called civic education can either be inclusionary or exclusionary. It can promote inquiry and exploration to develop the essential knowledge, skills, and dispositions for good citizenship. Or it can restrict and retard civic development and productive participation in civic life.

The current emphasis on patriotic education and limiting the scope and focus of civic education could have both short and long-term consequences. The long-term impact is that it could derail the passage of the Civics Secures Democracy Act (Civics Secures) which was introduced in the House and Senate with bipartisan support on March 11 of this year.

Civics Secures is a middle of the road piece of legislation, the centerpiece of which is providing $1 billion in grants to states and various educational groups over the next six fiscal years for civic education initiatives. Notably, the Act prohibits using funds for the development of any national curriculum in American history or civic education.

In spite of this, conspiracy theorists and those on the conservative side of the street have spoken out against it. Writing for the National Review, Stanley Kurtz asserted that “…this new legislation is a backdoor effort to impose a national curriculum in the politically charged areas of history and civics…”

What makes these areas politically charged are illegitimate charges by those who see a progressive or liberal coattail around every corner. As we noted on April 6, “Kurtz reads into this legislation nothing that is actually there and uses his own filter to interpret its intent and utilization.” We went on to observe, “Unfortunately, he is probably not alone in his perspective and there will no doubt be opposition to the passage of this bipartisan and benign piece of legislation.”

Two months later, in a period when critical race theory and patriotic education have dominated the civics and history discussion, that observation has been validated. We are not betting people. But, if we were, we would think the odds for passing Civics Secures in Congress have decreased rather than improved because of the contamination of the not-so great civics debate.

This is unfortunate because a vital and vibrant democracy needs the Civics Secures Act to fill the gap in the civic education arena that has grown larger in this 21st century. The most recent and compelling reasons for addressing this need come from the National Academy for Education (NAEd), a non-governmental, non-profit organization dedicated to advancing high quality educational research for use in policy and practice.

On May 3, the NAEd issued the Educating for Civic Reasoning & Discourse Report (Civic Reasoning Report or Report) The Executive Summary of that Report opens as follows:

At the time of this report’s publication multiple crises have made the need and urgency for skills in civic reasoning and discourse starkly evident. Increasing polarization and unprecedented strain on our democratic institutions coincided with social protests of persistent racial injustice.

The Executive Summary goes on to state:

Our polarized, racialized, and politicized climates highlight the importance of equipping young people with the knowledge, skills, and dispositions they need to understand complex social issues, respect multiple points of view, and dialogue across differences.

The Civic Reasoning Report sets out recommendations for practice, policy, and research to develop and implement effective and equitable civic education approaches for addressing this need.

Our United States democracy is indeed at a crossroads. Which road we take in developing our citizens of the future will determine its fate.

The Civics Secures Act will not dictate which road to take. It will, however, give states and others the resources to make the choice on how to develop those citizens. To borrow a phrase, that choice on which road to travel by will make all the difference.