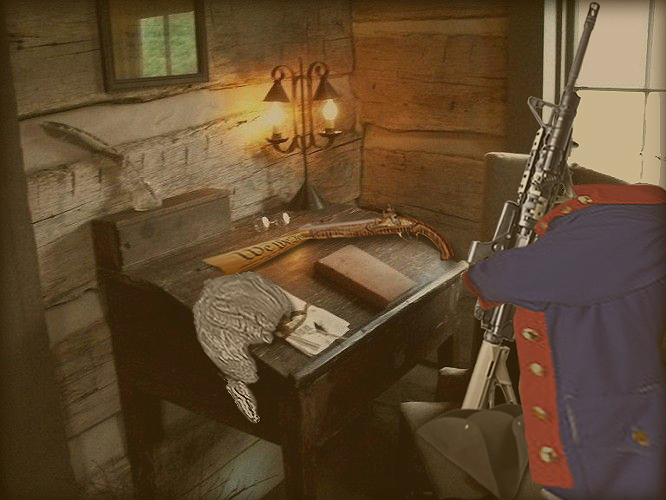 On March 24, students and citizens from across this great nation will gather in Washington DC for the March for Our Lives. They are not saying it this way, but they will be exercising their First Amendment rights of freedom of speech and assembly; protecting valid Second Amendment rights; and protesting what have become Second Amendment wrongs.

If one were to believe the rhetoric of the NRA and gun activists, the Second Amendment to the Constitution grants virtually unrestricted gun rights to individuals.

Nothing could be further from the truth. The Second Amendment as drafted was narrow in scope and purpose, and remains so in spite of the Supreme Court’s 2008 decision in District of Columbia v. Heller.

The Second Amendment in its totality reads as follows: “A well-regulated militia being necessary to the security of a free State, the right of the people to keep and bear arms shall not be abridged.”

To understand the intent of the amendment, it is essential to examine it historically and contextually with a focus on the U.S. Constitution and the Bill of Rights; various militia acts; and the creation of the National Guard and State Defense Forces. To grasp where the Amendment stands today, it is necessary to review how it has been interpreted judicially over time.

After it was established in 1776, the United States of America was a group of thirteen states that were loosely tied together in 1781 with the adoption of the Articles of Confederation. These Articles gave almost all control to the states as independent republics, and created only a firm league of friendship among them.

They created one branch of government, the Congress, but made it essentially irrelevant by giving it no power to do things such as regulate commerce, tax, or establish a single form of currency for the country. Congress was allowed to provide for an army but was compelled to rely upon each state to supply its quota of men to serve in that army voluntarily.

By 1786, Congress and many of the individual states were bankrupt. It had no money to pay foreign lenders who had supported the Revolutionary War and the states themselves were involved in an endless war of economic discrimination against each other. Recognizing the need for change, Congress called for a convention in Philadelphia in 1787 to add amendments to the Articles of Confederation.

It a short period of time, the delegates concluded that the deficiencies of the Articles were too great to be remedied and instead, between May and September, 1787, they created the United States Constitution. The Constitution corrected many of the errors of the Articles, formed a much stronger central government, and established three branches — the executive, legislative and judicial. It was adopted by nine of the states by 1788.

During the debates on adoption of the Constitution at state conventions, many citizens and states’ rights advocates spoke out against the Constitution, fearing that it gave far too much power to the central government and would deprive them of their civil liberties, as they had experienced under British rule. This led to the development of amendments to the Constitution to protect civil liberties, as well as natural and state’s rights. The ten amendments that were adopted in 1791 became known as the Bill of Rights.

The first amendment in this Bill of Rights gives almost unlimited protection to several basic individual liberties — freedom of religion, speech, press, petition and assembly. The second amendment is not nearly as expansive; it begins with the qualifying statement, “A well-regulated militia being necessary to the security of a free State….” This opening clause using the word “militia” and the phrase “free State” establish the parameters for gun ownership envisioned by the framers.

Although the American Constitution granted Congress the power to “provide for organizing, arming, and disciplining the militia” in Article 1, Section 8, clauses 15 and 16, there was no provision for a standing national army. Instead the Constitution authorized Congress to use state militias for three specific missions: “to execute the laws of the Union, suppress insurrections and repel invasions.”

After the Bill of Rights was added to the Constitution in 1791, the Militia Acts of 1792, providing for the organization of state militias, were passed. These Acts provided for “the President of the United States to take command of state militias in times of imminent invasion or insurrection.”

These Acts conscripted every “free able-bodied white male citizen” between the ages of 18 and 45 into a local militia company. Militia members referred to as “every citizen, so enrolled and notified” were required, within six months of notification, to “provide himself with a musket, bayonet and belt, two spare flints, and a cartridge with twenty-four bullets.” In 1862, the militia legislation was expanded to all males.

The militia legislation evolved over time. The Militia Act of 1903 established the United States National Guard. That Act redefined the state militias as organized militia and provided much more federal control. Individuals in the organized militias are members of the United States National Guard, and the President is their Commander-in-Chief when they are called into service.

The successor to state militias became “unorganized militias” frequently referred to a “state defense forces” which operate under the sole authority of the state governments in which they exist. In 1956, Congress passed legislation permanently authorizing states to create defense organizations that were under each state’s exclusive control. Twenty-two states have such forces today.

In summary, the historical perspective shows clearly and convincingly that the Second Amendment was established for one reason and one reason only, and this was to protect an individual’s right to a weapon in order to serve as part of the state’s militia. There was and is absolutely no guarantee of a right to a gun outside of this context.

That was the very narrow lens through which all court cases related to the Second Amendment were decided for more than two centuries. Then, in 2008, the Supreme Court widened that lens just a tiny bit in its split 5–4 decision in the landmark District of Columbia v. Heller case, by ruling that the individual had the right to have a handgun at home for personal safety. The minority judges strongly disagreed with this finding, adhering to the position that the right of the individual only related to service in a militia.

Justice Antonin Scalia wrote the majority opinion in Heller. His opinion stressed, “Like most rights, the right secured by the Second Amendment right is not unlimited… [The right is]… is not a right to keep and carry any weapon whatsoever in any manner whatsoever and for whatsoever purpose.”

Scalia’s opinion also declared that “…nothing in our opinion should be taken to cast doubt on longstanding prohibitions on the possession of firearms by felons and the mentally ill, or laws forbidding the carrying of firearms in sensitive places such as schools and government buildings, or laws imposing conditions and qualifications on the commercial sale of arms.”

In spite of the admonitions in the Heller opinion and the history of the Second Amendment, why and how is it that the NRA constantly asserts that this Amendment provides almost unfettered access to guns, and to express outrage and vilify those who say otherwise?

The ‘why’ is that they are engaging in what we have labeled “Second Amendment wrongs.” They are not trying to protect those rights established by that amendment at all. Rather, they are using it as a camouflage in order to promote their own agenda, which includes advancing the interests of gun manufacturers, NRA leaders, and members who see almost any gun control measure or governmental constraint as an infringement on their rights as individual citizens.

The ‘how’ is that the NRA has deep pockets and deep ties. Its lobbying efforts are virtually unrivaled. Many rate it as one of the most powerful lobbying groups in Washington D.C. It has substantial influence on gun laws with many state legislatures as well — as shown by a recent expose of how the NRA’s lobbying efforts in Florida over the past forty years helped to make it possibly the most gun-friendly state in the nation.

Another reason is that the issue of guns has not mattered nearly as much to the American public in general as it does to NRA members. Research has shown that many gun rights people are activists continually involved in financing and supporting issues and individuals that advance their cause. By contrast, there are far fewer gun control advocates, and they come to the fore only after tragic incidents such as the Sandy Hook Elementary School and Marjory Stoneman Douglas High School shootings.

On March 9, the Florida state legislature passed a bill to address school safety and the Second Amendment wrongs that existed in their state. On March 14, tens of thousands of students from thousands of schools across this country walked out of their classrooms to be part of a children’s brigade against these wrongs. On March 24, the participants in the March for Our Lives in Washington, D.C. and in similar marches in other cities, will be taking it to the streets and raising their voices against these wrongs.

There is a momentum. This is a moment in time that must be seized and used to make our schools and country safer. It is an opportunity for concerned citizens to learn a lesson from the students and to stand up, speak out, and get involved to protect their rights to life, liberty, and the pursuit of happiness.

(Thanks to Ed Crego’s brother, John, a former history teacher, for his insights and input on this blog.)