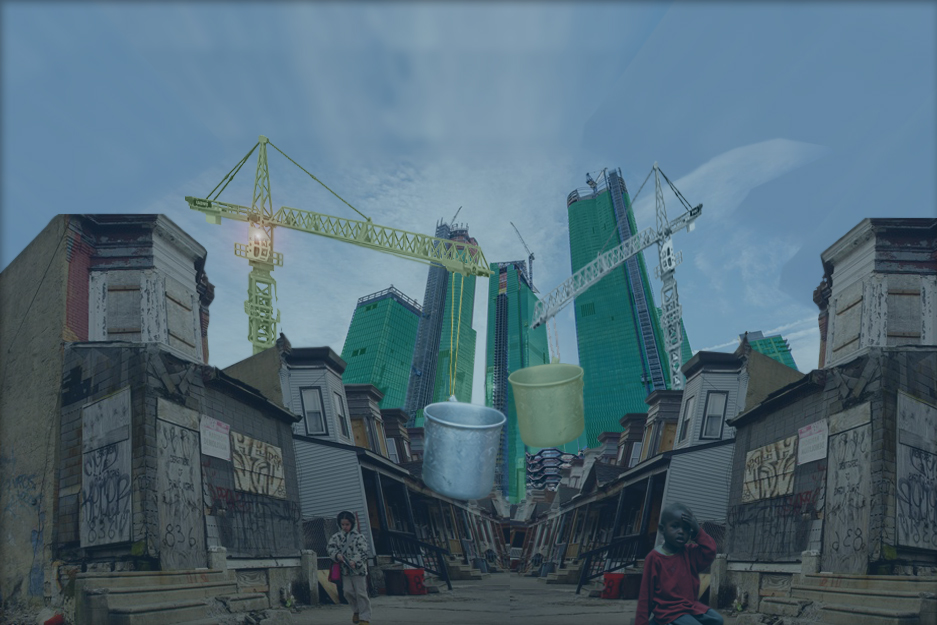 The Tax Cuts and Jobs Act (TCJA) of 2017 contains a provision for the establishment of Opportunity Zones (O-zones or ozones) across the United States. The question is opportunity for whom?

Ostensibly, the TCJA, which gives substantial tax credits to O-zone investors, is designed to increase investments in distressed communities in order to spur economic development and job creation. In its early stages, though, it appears that the primary beneficiaries of this legislation may be investors and syndicators rather than low income communities and their residents.

Congressman James Clyburn (D-SC) is a vocal critic of O-zones. He has said, “It’s tax credit for a bunch of investors, that’s all it is. Not one dime is put into those communities.”

Experts such as Steve Rosenthal of the Urban-Brookings Tax Policy Center, Kimberlee Cornett, Managing Director of the Kresge Foundation’s Social Investment Practice, and Matthew Rothstein, Philadelphia/Baltimore reporter for Bisnow, also question the implementation and impact of these zones.

In his Forbes article, Rosenthal states, “The fundamental problem with Opportunity zones is the disconnect between the size of the potential tax costs, which are uncapped, and the social benefits from investments, which will be hard to measure.” He observes that among other things, this could lead to “taxpayers recharacterizing already planned projects” to secure the tax incentives and investments in already gentrifying areas, at the expense of more economically distressed communities.

Ms. Cornett in her piece for Governing Magazine cites specific examples that bother her. They include: a commercial real estate company making a $16 million purchase of land outside of San Antonio to build a storage warehouse; a mixed-use waterfront hotel being built along Seattle’s waterfront; and, luxury apartments going up in Baton Rouge, La.

Rothstein reports, based upon his interviews, that in Philadelphia the bulk of investments will go into O-zones in areas already under “development and revival,” such as North Broad Street and University City neighborhoods, as opposed to the areas of the city where there is extreme poverty. He writes that ozone tax breaks have “…simply been a stimulus for the type of investing that was already happening anyway.”

Where Rosenthal, Cornett and Rothstein see these outcomes as shortcomings of the O-zone approach, those from the investment side see them as its strengths and virtually unrivalled appeal. KPMG tax partner Joseph Scalio is quoted as saying, “We view opportunity zones to be once-in-a-generation type of tax incentive structure that will drive the [real estate] industry.” John Pantekidis, Chief Investment Officer and General Counsel for TwinFocus, takes it even further in his Forbes article, commenting; “For now, our advice is to make sure that the ultra-high net worth investors are aware of this unique opportunity, the risks, and the myriad ways to benefit from this once-in-a-lifetime program.”

Whether they are once-in-a generation or once-in a lifetime, what make O-zones so attractive? There are a variety of factors. The key ones include:

The general parameters for O-zones were established when the legislation was passed in December 2017. The Department of Treasury did not release O-zone “proposed regulations and guidance” until October 2018. Comments were solicited then, and a hearing was held in February to secure feedback on the draft rules.

Among the positions being advocated by the investment community are extending the six-month window for an investor to decide to elect deferring capital gains by investing in a QOF and the length of the time period a QOF has in order to make its investment. At the Treasury Department’s February hearing, Rhode Island Secretary of Commerce Stefan Pryor, testifying on behalf of economic development executives from 12 states, asked for the rules to be amended to make it easier to invest in operating businesses and not just real estate.

The most systematic approach for ensuring that the O-zone regulations and approach benefits both investors and the targeted communities has come from the U.S. Impact Investing Alliance and the Beeck Center at Georgetown University. This combination has developed an opportunity zones framework (OZ Framework). The OZ Framework sets out recommendations for O-zones in these areas: Guiding Principles, Reporting Framework, and Shared Goals of Measuring Outcomes.

The Kresge Foundation was one of the funders that supported the development of the OZ framework. In her article for Governing, Kimberlee Cornett of Kresge makes a compelling case for why that support and approach is so critical, explaining:

Opportunity zone investments should breathe life into forgotten communities by funding public spaces and revitalizing shopping centers, schools or small-business corridors. They should give small entrepreneurs the boost they need to create jobs and economic opportunity for residents. Otherwise, capital will always flow to the lowest risk, highest return investments. It’s simple economics. The natural winners will not be the residents of the economically distressed areas this legislation is supposed to help.

Ms. Cornett’s argument is persuasive. Nonetheless, it might well fall on deaf ears. The Department of Treasury is scheduled to hold another hearing on its regulations and should produce final regulations after that.

Those regulations will answer the question: Opportunity Zones for Whom? If that answer does not address the current substantial deficiencies of the original legislation, the hopes and dreams of distressed communities and their residents will disappear in the O-zone.