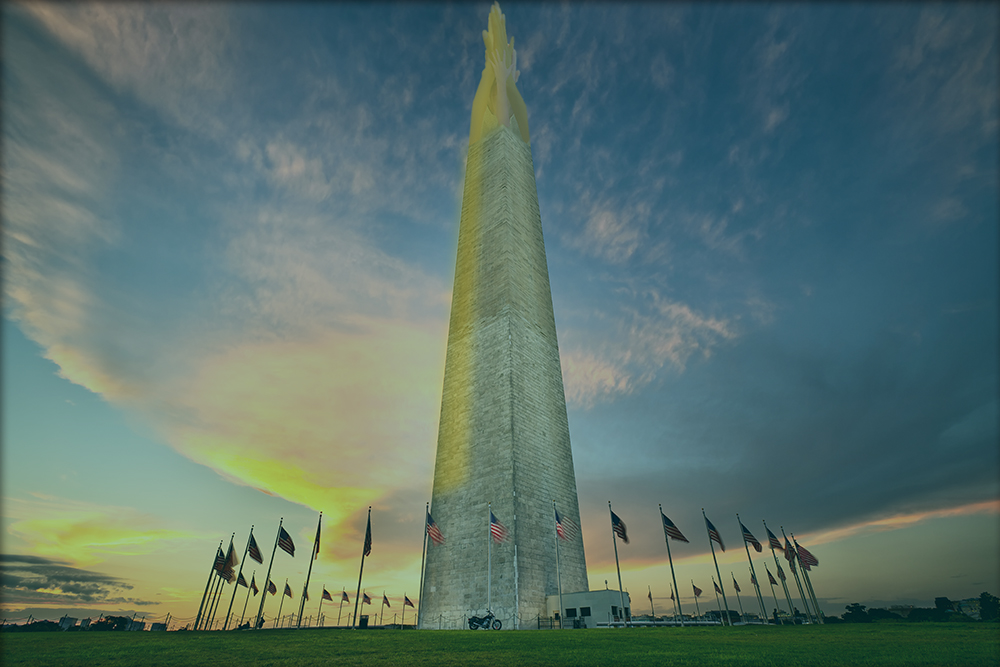 Our American democracy is at risk.

Trump first proudly pronounced himself a nationalist in October of 2018 at a rally for U.S. Senator Ted Cruz (D-TX). Trump’s proclamation at that time evoked a firestorm of criticism from many knowledgeable observers and commentators who felt it could be a dog whistle to his base, signifying and reinforcing his commitment to a discriminatory and exclusionary United States. In other words, they believed he might be espousing white nationalism

Trump’s fireworks in this past month of July confirmed those suspicions. Some of those July fireworks were set off for Trump, some by him, and some because of him. They began on the 4th of July when Trump held an alternative “rally” in Washington DC in front of the Lincoln Memorial at one end of the mall, ostensibly as a Salute to America. This first-of-its-kind event, featuring Trump speaking for nearly an hour, and fly-bys from all the branches of the military, was attended primarily by Trump supporters — many in MAGA red hats. By contrast, the traditional celebration hosted by John Stamos, featuring over one dozen performances and a large, diverse, and participatory audience, was held immediately after the Trump celebration at the other end of the mall.

In mid-July, Trump sent out “racist” tweets in which he said that four Democratic women of color in the U.S. Congress (called the Squad) should go back to their countries of origin. This was followed by a campaign rally in North Carolina at which Trump supporters chanted “send her back” after he made disparaging and attacking remarks about one of the Congresswomen, Representative Ilhan Omar of Minnesota.

Immediately after that rally, Trump initially said he tried to stop or speak over those chanting. After video footage proved this not to be the case, and he had a little time to reflect upon it, as he is prone to do, Trump changed his mind and tune, tweeting out more offensive remarks about the members of the Squad and referring to those in the North Carolina audience as “incredible patriots.”

As July was coming to close, Trump issued a barrage of vicious tweets attacking African American Congressman Elijah Cummings and his Baltimore district, which has many people of color. Trump also started tweeting that Cummings and the four women in the Squad were racists.

This reverse racism argument reflects the same convoluted logic as Trump’s references to those who oppose him as treasonous and calling real news “fake news.” It is totally Trumpian in that the obverse of what he is saying is the truth.

The bottom line is that in July, Trump turned his dog whistle into a bull horn by putting white nationalism on the front burner and giving the concept of nationalism a bad name. This is unfortunate, because America needs a strong and shared sense of nationalism to remain a vital and vibrant democracy.

As we noted near the outset of this piece, Trump’s version of nationalism is “pseudo” nationalism. It is not nationalism at all. In fact, it is the opposite. It is populism or a form of identity politics, which is a political approach designed by or to appeal to a specific group or segment of people, based upon what they perceive to be their common interests.

What then is nationalism? The Merriam Webster dictionary defines nationalism as “loyalty and devotion to a nation especially: a sense of national consciousness exalting one nation above all others and placing promotion of its culture and interests as opposed to those of other nations or supranational groups.” Patriotism is a form or twin of nationalism.

Foreign Affairs magazine devoted much of its March/April issue to nationalism in articles in a section labeled “The New Nationalism.” In the opening article of that issue, Jill LePore, professor of history at Harvard, advocates for a New Americanism and a new American history. Ms. LePore suggests this history might be heavily influenced by the writings of two African Americans, Frederick Douglass and W.E. B. Du Bois, that it “might look rather a lot like the composite nationalism imagined by Douglass and the clear-eyed histories written by Du Bois.”

In that same issue, Andreas Wimmer, professor of sociology and political philosophy at Columbia University, writes:

At their core, all forms of nationalism share the same two tenets: first, that members of the nation, understood as a group of equal citizens with a shared history and future political destiny should rule the state, and second, that they should do so in the interests of the nation. Nationalism is thus opposed to foreign rule by members of other nations, as in colonial empires and many dynastic kingdoms, as well as to rulers who disregard the perspective and needs of the majority.

Conservative intellectuals are trying to redefine and reclaim the nationalist banner as well. In July approximately 500 individuals participated in the three-day National Conservative Conference at the Ritz Carlton Hotel in Washington D.C.

Jennifer Schuessler of the New York Times reports that in his welcoming remarks, David Brog, one of the conference organizers, asserted, “We are nationalists, not white nationalists.” Ms Schuessler goes on to state that Brog proceeded

…to call any equation of the two a “slander”. He then pointed to the door and invited anyone who “defines our American nation in terms of race” who had slipped through the conference’s careful screening to leave.

There is considerable agreement from many that there is a need for a unifying nationalism in order to build a truly United States of America.

That condition will be extremely difficult to achieve because the U.S. democracy is currently suffering from a serious case of white nationalism, populism, and identity politics compounded by Trumpism. This malady has infected and infested the United States because President Donald Trump captured the hatred, prejudice, and discontent that was present in this country and injected into it his arrogance, petulance, and ignorance of things governmental, and then spread it across the country.

As we said in an earlier blog, we are in a struggle for the head, heart and soul of America. It is a struggle that must be won.

If Trump wins, America loses. And our American democracy will die not in darkness but in the bright white light, explosions, and fireworks of Trump’s making.