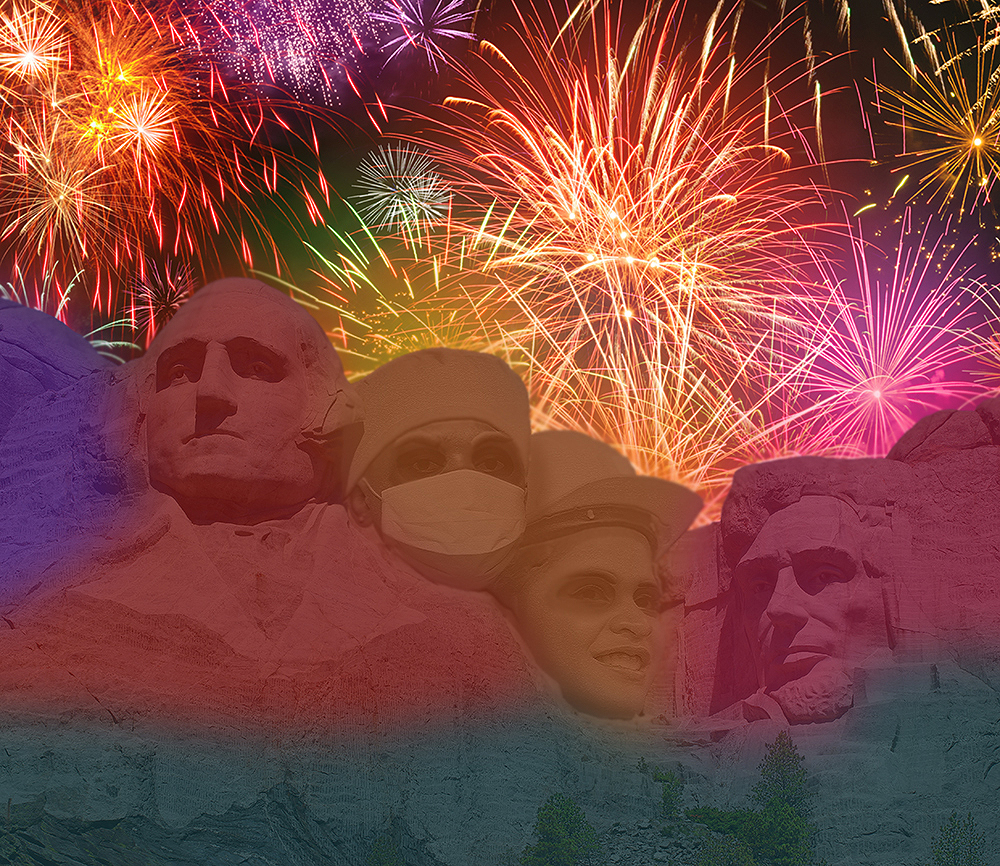 In 2010, we wrote a blog titled Interdependence Day: Celebrating the “Us” in USA calling for establishing Interdependence Day as a new national holiday. That blog was precipitated by a reaction to a “the acrimonious climate and the negative tone and tenor of the national debate in the United States” at that time.

In 2015, we proposed the Interdependence Day concept again. A primary reason for doing so was the tragic shooting in that year of eight African Americans at the Emanuel African Methodist Episcopal Church in downtown Charleston, South Carolina.

In 2020, our nation is more divided and polarized than we were five and ten years ago. The decision on whether to wear masks to respond to COVID-19 is being seen by some as a political statement. The collapse of the economy highlighted the enormous and growing inequality between the line level workforce and those in the executive class. The killing of George Floyd and the subsequent actions exposed America’s systemic racism which continues unabated.

At first blush, taking the current situation and these factors into account, we thought that this is not the time to resurrect and advance the Interdependence Day idea. Then, on June 24, we saw a Mallard Fillmore cartoon that changed our minds.

For those unfamiliar with the Fillmore cartoon strip, its title character is a duck who works as a politically conservative reporter at the fictional TV station WFDR in Washington D.C. The strip itself is also conservative and through the years since it began running nationally in 1994 has managed to offend and be criticized because of its characterizations of those from many groups, including African-Americans, Muslims and gays.

That is why we were surprised — “stunned” might be a better word — by the nature of the June 24 piece in which Mallard Fillmore is sitting in front of his microphone commenting as follows:

These comments from a conservative perspective made us cautiously optimistic. It caused us to think that perhaps there is hope and the possibility of finding common ground and collaboration in the search for the common good in today’s America.

We would be derelict, if we did not point out, however, that at a point not too long ago in these United States, and in some places even now, blacks and whites could not swim together in the same pool, attend the same schools, live in the same neighborhoods, or dine in the same restaurants. That said, as we reflected on the positive actions being taken across the country today, we became increasingly optimistic that in the year 2020, the stage is being set for change.

There are many positive images that have been uplifting as the past several months have unfolded. The most memorable for us was the NASCAR drivers showing support for Bubba Wallace, the only major Black NASCAR driver, by pushing his car to the starting line after a noose was found in his garage stall at the Talladega Super Speedway in Talladega, AL.

Given this, we concluded that Interdependence Day is an idea whose time must come. It will not come in this year. But it should be discussed and delineated again and it must come in the future.

That’s true because the words we wrote one decade ago remain applicable today:

The past few years have been an incredibly divisive period. We need to confront this divisiveness head on by promoting national unity and a commonality of interest.

Interdependence Day would be a powerful means for accomplishing this.

It would permit us to recognize the connections that bind us together as citizens of this great country. America is a nation of immigrants and continues to be so. Immigrants have and will help make us what we are. Consequently, the Statue of Liberty should be made central to the holiday. E pluribus Unum should be its theme.

American holidays are held primarily to recognize past accomplishments and contributions as opposed to celebrating the present and the future. This holiday should focus backward and forward. The United States has always been a unique vessel of being and becoming. This day should acknowledge this by celebrating our diversity, the progress that has been made, and the opportunities and challenges ahead.

There are indeed challenges and opportunities and a need for redemption as we approach this 4th of July — the nation’s Independence Day. It has been reported that President Trump in his own inimical and self-aggrandizing style will celebrate this Independence Day with a “massive fireworks display at Mount Rushmore” on July 3. For Donald Trump, this is just one more chance for a photo op.

For us, it will be a chance to use Independence Day to celebrate our interdependence. Instead of looking at fireworks, we will recall the courageous acts of Americans this year who have converted George H.W. Bush’s “thousand points of light” into millions of rays of hope.

Those rays give us confidence that Interdependence Day will be a national holiday at some time in the future. And, more importantly, that the concerned citizens of this nation will do the hard work that is required and essential to making the USA a more perfect union.