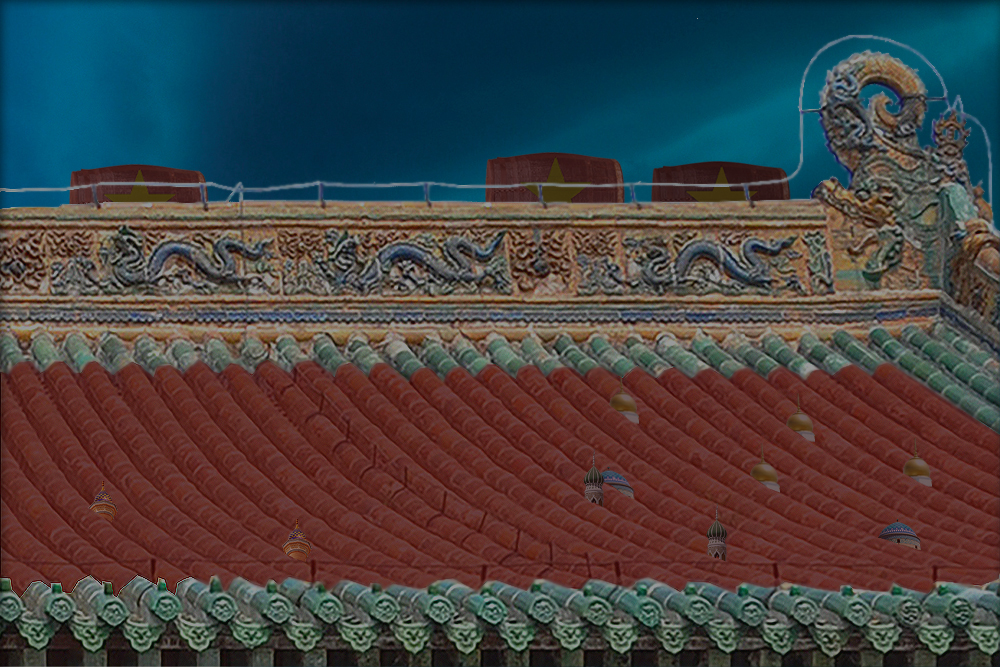 On January 15, President Trump announced phase I of a trade deal with China, proclaiming, “This is the biggest deal anybody has ever seen.” In spite of the hoopla surrounding the announcement, many knowledgeable commentators and experts were skeptical about the size and nature of the deal.

There has been little skepticism or disagreement, on the other hand, about the gravity of China’s internment of Uighur Muslims there and what the U.S. should do in response. Senator Marco Rubio (Fl) on Face the Nation on Sunday, January 5 said that should not deter the U.S. from imposing sanctions on China for its abusive treatment of Uighur Muslims.

Much was written, and there was an outpouring of protests throughout 2019, against the Chinese internment of more than 1 million Uighur Muslims in the Xinjiang region of China. China continuously rationalized its horrific treatment of the Uighur Muslims as an effort to contain and stop Islamic terrorism. It also claimed that the internment camps were vocational skill retraining centers.

The evidence clearly shows these are falsehoods. In a stunning November 16 feature article titled “The Xinjiang Papers,” the New York Times published a story based upon 400+pages of leaked documents that disclosed the abhorrent truth about China’s internment camps.

On November 26, U.S. Secretary of State Mike Pompeo declared the Xinjiang Papers show a “brutal detention and systematic repression of Uighurs and members of other minority groups in Xinjiang.” Pompeo went on to state, “We call on the Chinese Government to immediately release all those who are arbitrarily detained and to end its draconian policies that have terrorized its own citizens in Xinjiang.”

Others have called for even more aggressive steps. Emgage, an organization dedicated to mobilizing American Muslims to advocate on issues that matter to them, has called for the U.S. National Olympic Committee to boycott the 2022 Winter Olympics to be held in Beijing. In September, the U.S. Senate passed the Uyghur Human Rights Policy Act (UHRPA), and on December 3 the House passed its version of the bill. The House version of the UHRPA specifies tough sanctions if China continues to behave in the egregious and abominable manner that it has toward Uighur Muslims.

We endorse the Winter Olympics boycott recommendation and the UHRPA sanctions. The U.S. has a history of speaking out and acting against international human rights violations; initiating an Olympic boycott; and sadly, having an involvement with internment camps.

The UHRPA is an example of U.S. leadership in advancing and protecting human rights. U.S. leadership in Olympic boycotting occurred in March of 1980 when President Jimmy Carter announced that the U.S. would not be going to the Summer Olympics that year because of the Soviet Union’s invasion of Afghanistan in December 1979. 64 nations joined the U.S. in that protest.

In contrast to the Olympic boycotting and a leadership role against human rights violations, the U.S. history with internment camps does not initially provide a positive example. During World War II, the U.S. government forced the relocation and confinement of approximately 120,000 Japanese Americans to camps in the United States. The only reason for this was their Japanese ancestry.

This was not one of the country’s proudest moments. In 1988, the U.S. formally apologized for it, when President Ronald Reagan signed the Civil Liberties Act. In addition to the apology, the Act paid out $20,000 each to the more than 80,000 surviving victims of Japanese descent who had been in the camps.

This is another example of the United States of America correcting a human rights error. After World War II, the U.S. became an international leader in confronting and bringing nations together to condemn human rights violations and undemocratic behavior around the world.

The country played this role for the last half of the 20th century and in this century up until the Trump administration. Given China’s persecution of the Uighurs, it is time for America to stand tall again in prosecuting human rights matters.

Secretary of State Pompeo has spoken out against China. President Trump needs to take an even stronger stance by signing the UHRPA into law when he receives it from Congress.

This is necessary because China will not back down or tell the truth on this issue. Leading into 2019, and until nearly the end of the year, it has denied any wrongdoing and attempted to manipulate public and international perceptions.

On December 28–30, 2018, China hosted diplomats from twelve countries with large Muslim populations, including India, Malaysia, and Pakistan on a visit to see and discuss the camps. The intent was to convince those countries that China was not engaged in nefarious activities in those locations.

In spite of the extensive Chinese disinformation campaign, on July 8, U.N. ambassadors from 22 countries including Australia, Canada and Japan — but not the United States — because it had resigned from the group a year earlier — sent a letter to the U.N.’s Human Rights Council (Council) decrying what China was doing to the Uighur Muslims. Ambassadors of 37 states from Asia, Africa, the Middle East and Latin America responded to this missive by sending a letter to the Council praising China’s “contribution to the international human rights cause.”

China has substantial economic relationship with many of the countries that sent the letter endorsing its “contribution,” and used that leverage to its advantage to create this imbroglio. Due to this divide, it is essential for the United States to reassume it leadership position in the international human rights arena by signing the UHRPA and fully implementing its sanctions.

The U.S. administers economic sanctions against foreign countries through the Treasury Department’s Office of Foreign Assets Control (OFAC). These sanctions take a variety of forms, ranging from freezing assets to prohibiting payment of funds, to prohibiting the provision of services. Countries that are currently on OFAC’s sanction list include Iran, North Korea, Sudan, Syria and Zimbabwe.

As the old saw goes, actions speak louder than words, and by adding sanctions to its rhetoric the U.S. could send a strong message to China. By enlisting other countries to use sanctions, it could turn up the volume of that message.

One country that we would like to see join with the U.S. in speaking out, and possibly using sanctions, is Frank Islam’s motherland of India. India has been conspicuously silent regarding the matter to this point.

India should step forward because it will demonstrate India’s commitment to protecting human rights for all and reinforce its status as a secular democracy. As importantly, it would counteract India’s perceptual problems related to its recent treatment of Muslims.

India has not fared well in the free press and media because of its shutdown of the primarily Muslim state of Kashmir. It has also received considerable criticism from the human rights community due to its plans to put as many as two million people — most of them Muslims — in the State of Assam who do not appear on the National Register of Citizens (NRC) in internment camps, and the Citizenship Amendment Bill, which gives a path to citizenship for minorities in Assam and Tripura but excludes Muslims.

This is an opportunity for India to begin to restore its image, which has been stained by these actions, while it works to ensure that the resolution in these areas is fair and equitable. It is also an opportunity to do the right thing.

All of the objective evidence indicates that China is not doing the right thing when it comes to the Uighur Muslims. It is doing the wrong things through brainwashing, intimidation and ethnic cleansing.

That might be acceptable in a communist country and in totalitarian and autocratic states. It should not be acceptable to those countries and people who value life, liberty, and equal rights. This is the reason they must embrace the need, and advocate, for a boycott and economic sanctions.