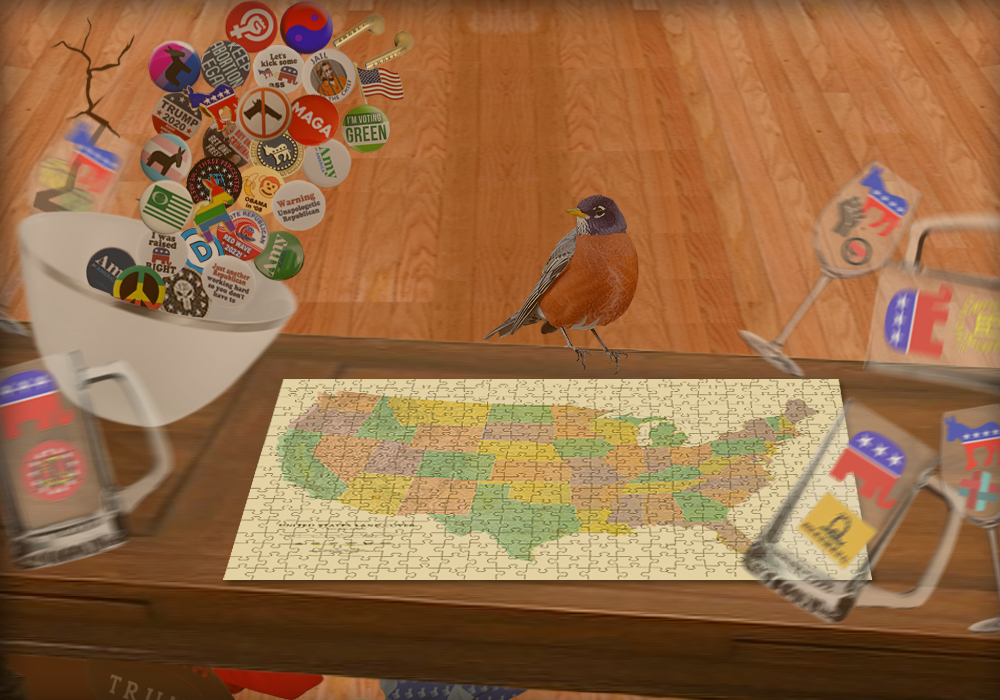 We have been advocating establishing an Interdependence Day since 2010. The events of this past year make the need for, and significance of, such a day more important now than ever. President Biden’s signing the Act on June 17, 2021 that made June 19, Juneteenth National Independence Day, a legal public holiday gives us hope that at some point in the future there will be an Interdependence Day.

Juneteenth derives its name from the date of June 19, 1865 when Major General Gordon Granger issued General Order №3 in Galveston, Texas, declaring that in accordance with the Emancipation Proclamation “all slaves are free.” Those in the African American community have been celebrating Juneteenth and/or other days of Black emancipation for generations.

As Vice President Kamala Harris stated at the bill signing ceremony at the White House on June 17, “Throughout history, Juneteenth has been known by many names: Jubilee. Freedom Day. Liberation Day. Emancipation Day. And today, a national holiday.”

In all candor, making Juneteenth a national holiday has evoked a very mixed reaction in the press.

In his opinion piece in the Washington Post titled, “Recognizing Juneteenth as a Federal Holiday is a Hollow Victory,” Pulitzer Prize-winning columnist Eugene Robinson notes: “Supporting the Juneteenth holiday is a gesture that lets Republicans pretend to acknowledge the nation’s original sin of slavery even as they insist that racism is confined to our national past.” Robinson goes on to assert, “Observing a new holiday is not the reckoning with systemic racism that so many Americans demanded following the murder of George Floyd.”

Kaitlyn Greenidge, contribution opinion writer for the New York Times, concurs with Robinson’s perspective. In her opinion piece she states,

“In my most cynical moments, I think the rush to embrace Juneteenth is about undermining Black people who are alive now of the right to protest. ‘Why are they still going on about voting rights and police violence and clean air and health care and schools,’ a white politician can say to his non-Black constituents next year, ‘when we gave them a day off.’”

Near the end of her commentary, Greenidge observes, “But mostly, I am sad because when a holiday becomes co-opted like this, those who can gain a sense of self and solidary from celebrating it often lose it.”

Robinson and Greenidge raise legitimate criticisms and concerns regarding Juneteenth. Establishing a national holiday is in and of itself merely a symbolic act. It’s what happens on and because of that holiday that matters.

This is the point that Kevin Young, Andrew Mellon Director of the National Museum of African American History, makes in his New York Times piece, writing, “Should Juneteenth become a national holiday, as our elected officials just decided it should? I believe the answer is yes — but there remains a caveat and another question. When Juneteenth becomes a national holiday, will it still remain Black?”

Young thinks it will, and should be both “serious and playful.” He opines that “The lesson of Juneteenth is both of celebration and expectation, of freedom deferred but still sought and of freedoms to come.”

As importantly, Young calls for Juneteenth to be a holiday for us all to come together in this celebration. In doing so, he cites Martin Luther King, Jr., who in Alabama in 1963 said, “We are caught in an inescapable network of mutuality, tied in a single garment of destiny.” Young goes on to state, “Juneteenth tells us that a fuller future awaits, and the work of collective freedom is ongoing.”

This convergence on Juneteenth should spawn another day — Interdependence Day.

Establishing Interdependence Day as a national holiday is essential at this point in time to counteract the current acrimonious climate and the negative tone and tenor of the national debate in the United States.

This rising tide fueled by economic anxiety and insecurity, political partisanship, and separatists is forcing Americans into isolated camps turning us against each other — group against group. We ignore this tide at the nation’s and democracy’s peril.

We wrote those words in a blog posted in 2010. In 2021, more than a decade later, the tide has not turned. It has worsened and is poised to wash democracy away from our shores.

The Big Lie and its believers, the storming of the U.S. Capitol on January 6 by insurrectionists, and the passage of laws in at least fourteen states reducing voting rights are the most obvious manifestations of the devastation that’s been wrought on the very foundations of this fragile crucible called the United States of America. They are statements sworn by those who swim in the sea of denial and who would enslave this country in the past.

If the malfeasant actions since the presidential election of November 2020 had been put into a work of fiction, no one would have believed it. Now that the unbelievable is our country’s reality, something needs to done to change the narrative.

Independence Day would be a place, a day, and a time to begin telling a different story:

The past few years have been an incredibly divisive period. We need to confront this divisiveness head on by promoting national unity and a commonality of interest.

Interdependence Day would be a powerful means for accomplishing this.

It would permit us to recognize the connections that bind us together as citizens of this great country. America is a nation of immigrants and continues to be so. Immigrants have and will help make us what we are. Consequently, the Statue of Liberty should be made central to the holiday. E pluribus Unum should be its theme.

American holidays are held primarily to recognize past accomplishments and contributions as opposed to celebrating the present and the future. This holiday should focus backward and forward. The United States has always been a unique vessel of being and becoming. This day should acknowledge this by celebrating our diversity, the progress that has been made, and the opportunities and challenges ahead.

Interdependence Day is one way of beginning to deal with the red and blue divide by building bridges and a shared community of choice. That which we celebrate can bind us together. That which we ignore can tear us apart.

Those are the concluding paragraphs from our 2010 blog proposing Independence Day. These past few years under the former president have been more incredibly divisive and dangerous than those years were a little more than a decade ago.

As we said earlier, Independence Day is needed now more than ever. Juneteenth has given us a jump start in that direction. We need to maintain and build on that momentum by establishing Interdependence Day as a national holiday in which we can rediscover, renew, and revitalize our faith and commitment to the “US” in USA.