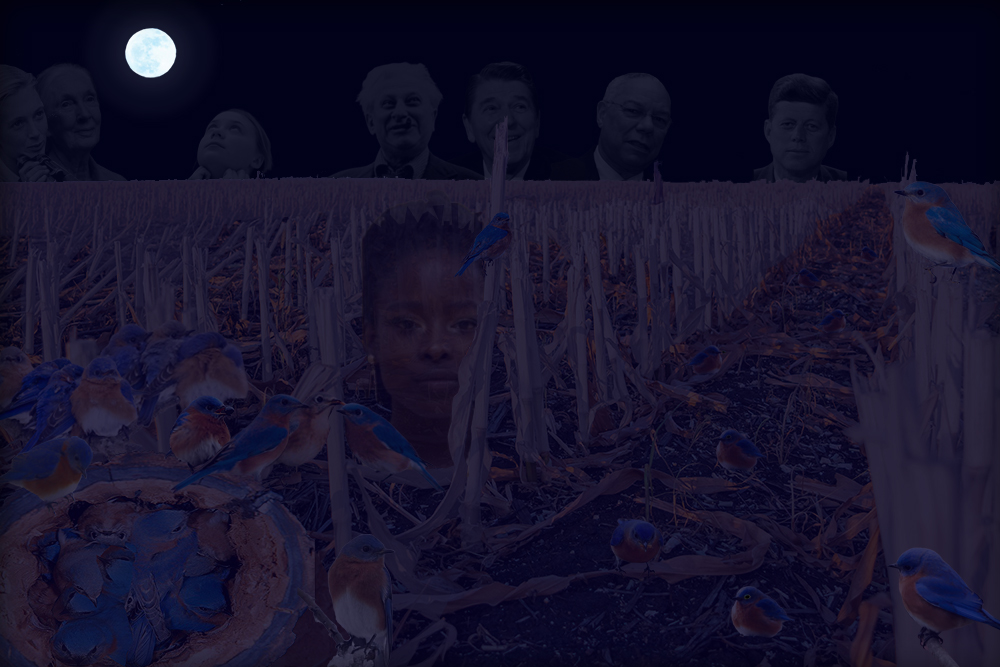 We have spent the past two years impaled in partisan political conflict aimed at blocking problem solving, collaboration, and compromise. This conflict has increased citizen skepticism and cynicism and reduced hope.

Those are lines from a HuffPost blog titled “Hope Dies Last” that we posted in October 2012. Now, nearly a decade later, that citizen skepticism and cynicism has turned to anger and hostility. And, with the perpetuation of the Big Lie, the anti-vaccination movement, and the assault on the U.S. Capitol, this contentious conflict has been pushed to the verge of a civil war.

Hope is on trial. The question is will it be given the death sentence? That is up to all of us who believe in truth and the future of our great nation to decide.

In doing this, we should remember that hope may not make something so. But a lack of hope makes accomplishing anything virtually impossible. Hope is essential.

Studs Terkel, America’s greatest oral historian, understood this when he named his last book, published in 2004, Hope Dies Last. Terkel got the idea for that title from Jessie de la Cruz, a founding member of the farmers’ union, who insisted, “If you lose hope, you lose everything.”

America has not lost everything yet, but it is threatened. We must not let this happen, because for hundreds of millions of people in this country and around the world America is hope.

We provided reasons for that assessment in our earlier blog. In this blog, we provide the perspectives of others that are relevant to the need for and importance of hope.

President Reagan called upon us to renew America:

President Kennedy asked us to get educated to pursue the American dream:

Let us think of education as the means of developing our greatest abilities, because in each of us there is a private hope or dream which, fulfilled, can be translated into benefit for everyone and greater strength for our Nation.

And General Colin Powell closed his commencement address to the graduating students at Howard University by urging them to use their education to get civically engaged:

I want you to fight racism. But remember, as Dr. King and President Mandela have taught us, racism is a disease of the racist. Never let it become yours. …

Above all, never lose faith in America. Its faults are yours to fix, not to curse. America is a family: There may be differences and disputes within the family, but we must not allow the family to be broken into warring factions. From the diversity of our people, let us draw strength and not seek weakness.

Believe in America with all your heart and soul, with all of your mind. Remember, that it remains the “last, best hope of Earth.” You are its inheritors and its future is today placed in your hands.

Although not specifically focused on the United States, renowned British primatologist and anthropologist Dame Jane Goodall provides encouraging words for all of us around the globe in her new publication, The Book of Hope: A Survival Guide for Trying Times. Richard Schiffman of the Washington Post writes that in the book “…she spells our her four reasons for hope: the amazing human intellect; the resilience of nature; the power of young people; and the indomitable human spirit.”

Turning to young people and hope, there are Greta Thunberg and Amanda Gorman.

The 18-year old Thunberg is a Swedish environmental activist who has campaigned in the U.S. and around the world for climate change mitigation. In a recent video she said, “All political and economic systems have failed, but humanity has not yet failed.”

Amanda Gorman, a 23-year old poet, became a celebrity thanks to her reading of her powerful poem, “The Hill We Climb,” at the inauguration of Joe Biden as President.

In the poem, Ms. Gorman declares:

We will not march back to what was, but move to what shall be:

A country that is bruised but whole, benevolent but bold, fierce, and free.

inaction and inertia will be the inheritance of the next generation.

Finally, there are those who give us hope through their actions, rather than their words; for example, USA Olympic 800 meter runner Isaiah Jewett and Brandon Schutt, a high school cross country runner in Nebraska, who showed us that there is more than one way to be a winner in a race.

At the Olympics in Tokyo this August, Jewett was running in a semifinal heat when he tripped and fell mid-race with Nijel Amos, a runner from Botswana. As they got back up, he and Amos extended a hand to help one another and they jogged with hands together to the finish line.

In an interview, Jewett said, “I didn’t come as far as I wanted to, but I had a second to show everybody that I’m here and that’s what I hope that I did. I showed that I’m here and I’m going to stay here and show that you can do it if you truly believe in your dreams.”

In a high school cross country district final meet this October, Blake Schutt of Bellevue High School came up to Blake Cerveny from Omaha Burke High School, who had collapsed just short of the finish line. He stopped, helped Cerveny up, and pulled/carried him across the finish line. It dropped Schutt three spots in the race’s final standings.

Afterwards, Schutt said that he himself had collapsed in a race a month earlier, and then stated, “When I saw him on the ground, I knew what I had to do: I picked him up and did whatever it took to get him to the finish line.” He added, “Even it it’s an individual sport, you’re still in this together with your teammates and your opponents.”

Each and all of these perspectives speak to who we are or should be as Americans. As Americans, we should commit ourselves to renewing America and creating the future for the USA by drawing upon our shared humanity and the understanding that democracy is not a winner-take-all game, but a platform where all should have the opportunity to win.

As Americans, we must also remember that this country has always been and is the land of hope. “The Statue of Liberty Enlightening the World” was a gift of friendship from the people of France dedicated on October 28,1886.

Since then, the magnificent statue with the lady holding the torch has shone and been the light of hope for many. In this 21st century and especially over the past four years, that light has begun to flicker and so has hope.

That light can still be seen, though. And, those who see that light and who are committed to hope will come together so that hope will not die in this land of hope.

Recognizing this, we conclude our blog with the closing lines from poet Amanda Gorman’s “The Hill We Climb”:

In every known nook of our nation, in every corner called our country,

When day comes, we step out of the shade, aflame and unafraid.

The new dawn blooms as we free it,

For there is always light,

If only we’re brave enough to see it.

If only we’re brave enough to be it.