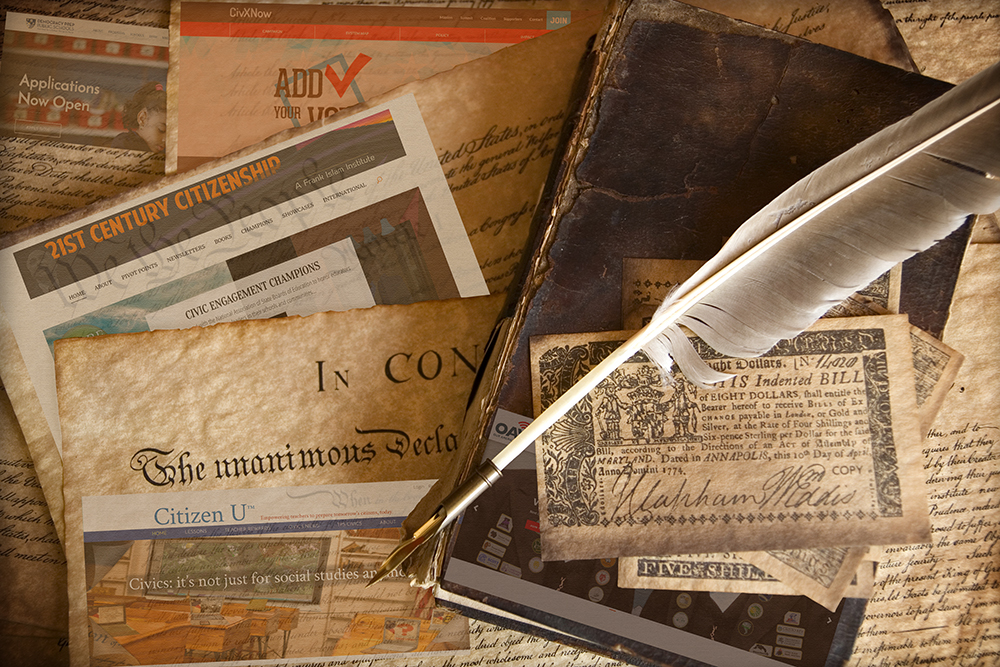 Good Citizenship: The Test for Our Times

In 1930, Eleanor Roosevelt wrote a seminal piece for Pictorial Review titled Good Citizenship: The Purpose of Education. In her article, Ms. Roosevelt asserted,

In our schools are now given courses in civics, government, economics, current events. Very few children are as ignorant as I once was. But there still remains a vast amount to be done before we accomplish our first objective — informed and intelligent citizens, and secondly bring about that the realization that we are all responsible for the trend of thought and action of our times.

If that was the good citizenship test for those times, the question becomes would we pass that test in these times. The answer would be an unequivocal no. In fact, there is ample evidence to suggest that our citizenship grades would be lower near the end of the second decade of the 21st century than they were at the beginning of the third decade of the 20th century.

A primary reason for that conclusion has been the disappearance of civics from classrooms in this century. While the STEM subjects (Science, Technology, Engineering and Mathematics) went up higher on the nation’s educational flagpoles, the civic-related ones were lowered to half-mast in schools and states across this country.

Fortunately, thanks to leadership from groups such as the Campaign for the Civic Mission of Schools, the Lou Frey Institute, and the Jonathan Tisch College of Civic Life at Tufts University, this condition has not gone unnoticed. Over the past ten years progress has been made to restore civics to its fundamental purpose in education and role in shaping a vibrant democracy.

We provided a top-line assessment of where things stood on civic education in a May 2018 blog. In this post, we examine where things stand now, approximately one year later.

A recent publication that brought a national focus on civics was the release of the Civic Education System Map (Map) by the CivXNow Coalition (a coalition of organizations focused on improving civic knowledge and education). The Map presents the findings from a year-long research project with over 7,200 respondents from across the U.S. Among other things, the Map identifies 14 root causes of poor civic education, and identifies important improvement factors including:

At the state and local levels, Democracy Prep Charter Schools, and the states of Massachusetts and Illinois are engaged in making a difference on the civics playing field.

Democracy Prep Charter Schools (DPCS or Democracy Prep) is not a recent entrant to civic education. The DCPS educates “citizen scholars.” The first of these charter schools was established in the Harlem neighborhood of Manhattan in 2006. There are now 26 schools in 5 states educating 6,500 elementary, middle and high school citizen scholars. The majority of these students come from low-income families of color.

The simple message is that schools can make a difference in terms of civic engagement. Massachusetts students will be learning that lesson first-hand in the future, based upon a new civics bill signed into law in November of 2018.

That bill, S2631, is titled An Act to promote and enhance civic engagement. It makes it a requirement for Massachusetts public high schools and school districts with 8th grade students to provide at least one student-led, non-partisan civics project for each student. Those projects can be done individually, in small groups, or by an entire class.

A bill requiring Illinois high school students to complete a semester long course in civics as a graduation requirement was signed into law in August of 2015. Notably the bill called for not just aligning that course with the learning standards for the social science, but also for including a discussion of current and controversial topics and service learning.

Illinois is currently contemplating taking its civic education emphasis a step further. A bill requiring a semester of civics in Illinois middle schools has passed the House and has moved to the Senate with a May 24 deadline for passage.

In 2019, there are several newer resources available for those interested in developing or improving their civic education and citizenship initiatives. They include:

There are many others involved in this evolving civic education movement. Many colleges and universities now have civic learning and engagement centers. Nonprofits and philanthropic foundations and individuals are investing in this space. There is a positive momentum and the future looks promising.

In closing, however, let us recall the words of Eleanor Roosevelt.

But there still remains a vast amount to be done before we accomplish our first objective — informed and intelligent citizens, and secondly bring about that the realization that we are all responsible for the trend of thought and action of our times.

By realizing that and continuing to build upon the foundation that has been reconstructed through communication, coalitions and collaboration, we will ensure that this country and its people are equipped to pass the good citizenship test in this 21st century.