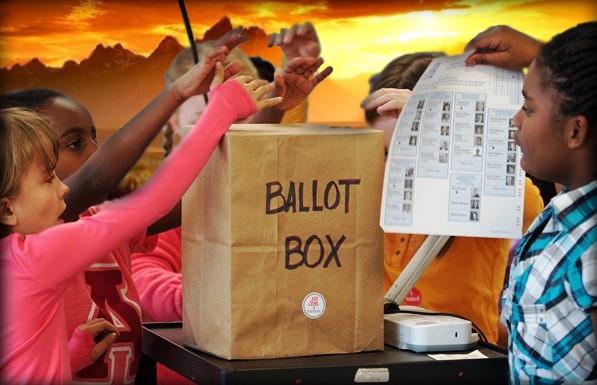 Our American democracy is in decline. The evidence to support this sad conclusion abounds.

Freedom House is the authoritative source for examining and evaluating democracies world-wide. In its annual report titled Freedom in the World 2018 released in January of this year, it noted that the United States aggregate Freedom score rating on a scale of 0–100 went from 95 in 2010 to 86 in 2017.

The score fell from 95 to 89 during the Obama administration and went down an additional 3 points during the first year of the Trump administration. There is no question that what has happened or not happened under presidential leadership and the dysfunction and bipartisan bickering within the Beltway over the past six years accounts for much of the downward movement on the Freedom house metrics.

But all of the blame for this decline should not be placed there. Instead, we need to look at who we are as citizens to recognize that the blame must be shared.

Combine these stunning statistics with the low turnouts of eligible voters in national, state and local elections, with young people voting in recent elections at lower rates than in the past forty years, and it should become evident to even the casual observer that American democracy is at risk. The question becomes what to do about it.

Civic education which focuses only on information dissemination and knowledge acquisition on topics such as the constitution, how a law is made, the election process, is the stuff that puts students to sleep in the classroom. It also ensures that they are not adequately prepared nor desirous of fulfilling their civic responsibilities as citizens of this great nation.

What is necessary, as Kei Kawashima-Ginsberg, Director of the Center for Information and Research on Civic Learning and Engagement (CIRCLE) wrote in a September 2016 article for the National Association of State Boards of Education, is an educational approach that “…would fully prepare young people to participate in all aspects of civic life: voting, volunteering, deliberating on issues and advocating for a cause as a starter. Acquiring these skills begins with a solid grasp of foundational knowledge. But it also requires students to experience civic engagement through experiential learning…”

The provision of civic learning and engagement opportunities is important at all points along the educational continuum from middle school through high school to college. For three primary reasons, however, middle school is the essential place to begin the process of nurturing the nation’s future citizens.

First, educational research suggests that formation of a positive orientation toward an area early in a student’s career increases the potential for sustained interest and participation. In spite of this, a 1999 educational article reports, “….the middle school years are an important time in the development of civic roles and responsibilities. Yet, there is a general lack of institutionalized civic education aimed at promoting democratic citizenship during middle school years.”

Second, middle school represents a critical window in time in which to shape and engage responsible life-long citizens. Middle school students have the cognitive ability to grasp complex concepts, develop problem-solving and critical thinking skills, and to become peer and civic engagement leaders.

Third, middle school is where the civic learning gap is currently the largest and most problematic. This is so because the No Child Left Behind legislation and the Common Core Standards, with the emphasis placed on STEM (Science, Technology, Engineering, Mathematics), have left civics and citizenship far behind — for the most part, not in the curricula at all.

The consequence of the absence of middle school civics can be seen in results of the National Assessment of Educational Progress (NAEP), which has been testing students’ performance nationally in a variety of areas since 1998. The 2014 results for 8th graders showed that a mere 23% of those students were at or above “proficient” in civics as compared to 31% in 1998. In 2015, the NAEP tests showed 34% of the students scored at or above proficient in science and 33% in mathematics.

The increasing deficiencies in our approach to educating our future citizens have been on the national radar screen since the beginning of the 21st century. It was first called to attention in the 2003 CIRCLE publication, The Civic Mission of Schools. CIRCLE, in conjunction with other partners, followed the 2003 publication with a 2011 report, Guardian of Democracy: The Civic Mission of Schools.

The second report was “an urgent call to action to restore the historic civic mission of our schools.” Others have heard and joined in that call.

In January of 2012, the U.S. Department of Education issued a report titledAdvancing Civic Learning and Engagement in Democracy: A Road Map and Call to Action. In 2013, the American Academy’s Commission on Humanities and Social Sciences issued a report titled The Heart of the Matter, which stressed the need to expand the educational envelope beyond STEM and to “educate Americans in the knowledge, skills and understanding they will need to thrive in a twenty-first century democracy.”

There has been considerable attention paid to and much nodding of heads in response to these calls but the action has been woefully insufficient.

At the high school level, there has been a somewhat increased emphasis placed on civics education. As the Education Commission of the States in a 2016 report notes, 15 states make “demonstrated proficiency on a social studies or civics test a condition of graduation from high school.

At the college level, there have been projects directed at getting out the vote on campuses that have yielded positive results in terms of electoral participation.

These are necessary but not sufficient steps to revive our democracy. But, they are that too little too late.

These latter steps matter much less if the first step is not taken. That step should and must start in middle school.

A few states such as Hawaii, Florida and Tennessee have statewide civic learning and engagement initiatives. But, for the most part, the nation stands silent in response to this civics “crisis.”

Another problem with much of what is being done today at the high school and college levels is, in the main, singular in focus — teach to the test, get out the vote. They do not conform to the six proven practices proposed by the Civic Mission of Schools to promote a student’s knowledge, values, skills and dispositions in order to build civic commitment and competence.

Finally, approximately 30% of students who graduate from high school do not go to college. Research indicates those students are the most alienated from the political process, antagonistic toward government, and disengaged from civic life. As the renowned late social psychologist Milton Rokeach from Michigan State University found through his research, a person’s core values, attitudes and beliefs are formed early in life, and are in part attributable to the education one receives.

If a student gets no exposure to the benefits of meaningful civic learning and engagement beginning in middle school, there is a vacuum that must be filled. For many, that vacuum will be filled by looking away from democracy to illiberal systems that are more militaristic, autocratic or undemocratic in nature.

At the conclusion of the constitutional convention in 1787, a person asked Benjamin Franklin, “Well, Doctor — what have we got a Republic or a Monarchy?” “A Republic, replied Franklin, ‘if you can keep it.”

In 2018, we have kept that Republic for 231 years. We can keep it for another 231 years, if we reverse the course of current events.

As the new budget passed by Congress in the early morning hours of February 9 demonstrates, our elected officials are confusing military might with national strength. A nation and its citizens are no stronger than its citizens.

Concerned citizens need to call that fact to the attention of our national leaders. They need to ask them to appropriate the level of funding and provide the nonpartisan support required to make a comprehensive civic learning and engagement intervention beginning in middle school a nation-wide mandate.

In the new budget, the Congress has finally made a financial commitment to improving the nation’s crumbling physical infrastructure. The decline of our democracy indicates that our civic infrastructure is collapsing as well.

We ignore this deterioration at our peril. The fate of this democratic republic and its citizens hang in the balance.