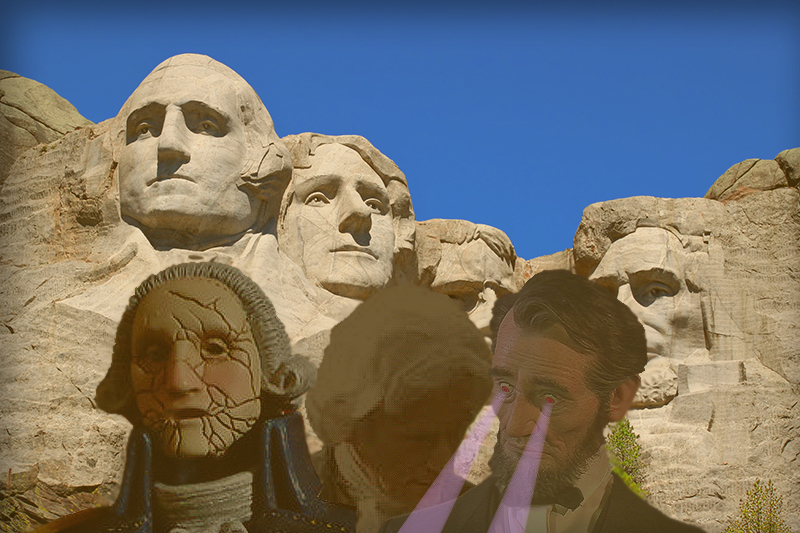 This mission is too important for me to allow you to jeopardize it.

Those were the words of HAL 9000 (HAL) in the classic science-fiction movie, 2001: A Space Odyssey (2001)). HAL was a programmed computer that controlled the systems of the Discovery One spacecraft, and interacted with the crew on the spaceship in an almost human way, doing things such as talking with them and playing chess.

When 2001 was released a little over one half a century ago, what Hal was able to do seemed implausible and improbable. It was the stuff of dreams. Today, in this age of automation and artificial intelligence, those dreams are coming true and they have significant potential ramifications for the American Dream.

The American Dream is the opportunity each and every citizen has to realize one’s personal potential and to achieve success, generally measured as economic security. The fundamental elements of the dream are getting educated and working hard in order to have a good job that pays decent wages, provides adequate benefits, puts food on the table, a roof over one’s head, and allows for retirement with dignity.

Based upon that conceptualization, as we approach the end of the second decade of this 21st century, the dream is being put at risk for many Americans. This is because of what has happened and what will happen in the realms of automation and artificial intelligence.

Automation and robots are changing the nature of work. It has been predicted that the “field of robotics promises to be the most profoundly disruptive technological shift since the industrial revolution.”

Here are a few examples of the broad scope and nature of that disruption:

This is evidence that almost any manual task that can be robotized profitably will be robotized, and that businesses all around the world are involved in the automation movement.

The same holds true for artificial intelligence (AI). The development and application of computer programs to perform tasks that normally require human intelligence, such as the collection and analysis of data to reach conclusions, has gone global as well.

A study by Thomas H. Davenport and Rajeev Ronaki reported in the Harvard Business Review classifies AI into three types:

The potential for the application of AI is virtually endless. Examples are already omnipresent. AI is there in Google searches, Apple’s personal assistant Siri, and Amazon’s purchase recommendations.

Automation and artificial intelligence are indisputably the economic currency and technological waves of the 21st century. Their impact — or, what we refer to later as the A&AI effect — on a large segment of the American workforce will be substantial.

A frequently cited study published in 2013 by two faculty members at Oxford University estimates that 47% of jobs in America were at high risk of being “substituted by computer capital” in the foreseeable future. A new report by Mark Muro, Robert Maxim and Jacob Whiton of the Brookings Institution, released in January of this year, sets that number at a lower level, estimating that “approximately 25 percent of U.S. employment (36 million jobs in 2016) will face high exposure to automation in the coming decades…”

This might sound like somewhat better news. But that is not necessarily so. The Brookings report goes on to state: “At the same time, some 36 percent of U.S. employment (52 million jobs in 2016) will experience medium exposure to automation by 2030…”

The high and medium exposure employment totals to 51% and 88 million jobs. No matter whether it is the Brookings estimate, the Oxford estimate, or some other, the effect of automation on artificial intelligence on job holders should not be underestimated.

That effect will be variable. Studies have shown that the jobs most at risk are middle skill with low skill and high skill jobs being not threatened and perhaps even expanding.

The Brookings report states that “Among the most vulnerable jobs are those in office administration, production, transportation and food preparation.” Shelly Palmer, a technology expert, asserts that the “white collar jobs” most at risk to “machine learning algorithms running on purpose-built computer platforms” (i.e. artificial intelligence) are: middle management; commodity salespeople; report writers, journalists, authors and announcers; accountants and bookkeepers; and doctors.

The A&AI effect goes beyond the elimination or restructuring of jobs. As the Brookings report observes: “..the first era of digital automation was one of traumatic change, defined especially by the ‘hollowing out’ of the labor market with employment and wage gains coming only at high and low ends of skill distribution.” Brookings says the same “hollowing out” can be expected going forward.

According to Brookings, the A&AI effect also has a disparate impact geographically and demographically, being “most disruptive in Heartland states;” “smaller more rural, communities and smaller metro areas;” and upon men and young workers. Georgetown professor Harry J. Holzer opines that the effect could displace certain groups and possibly millions from the middle class.

This is not a pretty picture, nor does it portend well for the future of the American dream. The question becomes what to do in response to the A&AI effect.

There is no single or simple solution: the approach must be multifaceted. Brookings puts forward five major policy strategies in its report. Holzer proposes five policies to help the middle class in a paper published by Brookings in December of 2018. The experts at the MIT Technology Review Emtech Next Conference, held in June of last year, advanced several ideas to address this situation.

Two major cross-cutting themes from these sources were retraining/reskilling incumbent and displaced workers, and providing some form of wage assistance.

The emphasis on reskilling is understandable and to be expected. The emphasis on wage assistance is more interesting because it represents a departure from traditional thinking.

Brookings recommends creation of a Universal Adjustment Benefit to support all displaced workers. It adds to this maximizing hiring through a subsidized employment program. It goes even further by calling for “income supports for workers in low paying jobs.”

Holzer recommends wage insurance for displaced workers for a set number of years (e.g. five). This insurance would be provided to cover any reduction in employees’ hourly pay that was caused due to automation.

At the MIT conference, Robert Solow, Nobel prize-winning economist and MIT professor, said he was not a fan of universal basic income. He did state, however, that he could envision the establishment of a government agency that would distribute compensatory income to people in a manner similar to Social Security and some form of wage supplement for workers.

Each of these proposals are indications that times are changing in terms of the American economy. The A&AI effect is shifting the economic benefits away from the average worker and could be quite deleterious to the ability to achieve the American Dream. For many, the concept of “…having a good job that pays decent wages, provides adequate benefits, puts food on the table, a roof over one’s head, and allow for retirement” might be only a pipedream.

Near the end 2001: A Space Odyssey, in an attempt to ensure the mission is accomplished as planned, HAL manages to kill all of the spaceship’s human crew except for one.

The sole surviving crew member successfully shuts down HAL by disconnecting some computer modules. HAL gradually becomes inoperative. As he is fading away, HAL sings the following lyrics from the song he was taught when he was originally being programmed:

Daisy. Daisy, give me your answer do. I’m half crazy all for the love of you. It won’t be a stylish marriage, I can’t afford a carriage. But you’ll look sweet upon the seat of a bicycle built for two.

In 2019, it is impossible to disconnect what has been done or will be done in this age of automation and artificial intelligence. What is desperately needed instead is to connect the American Dream with the age.

The discussion has begun on how to accomplish this. It won’t be done on a bicycle built for two or by looking to the past but by contemplating and constructing original and innovative solutions that make pursuit of an achievable American Dream a 21st century reality for all. Stay tuned to see how this conversation ends.