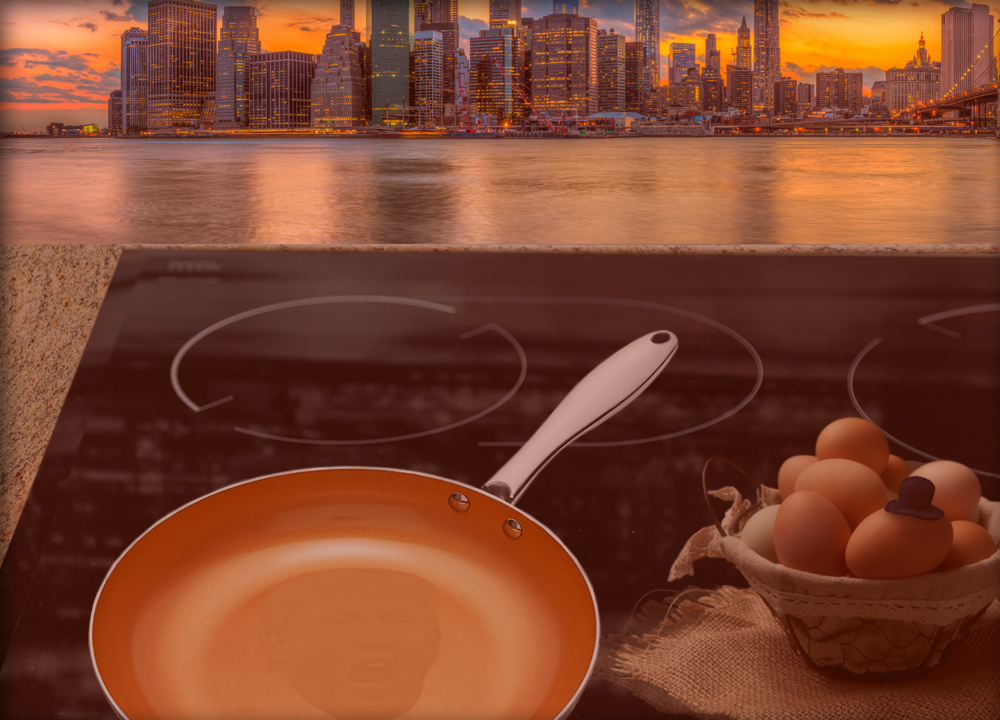 Mens sana in corpora sano. This well-known Latin phrase translates as “a sound mind in a sound body.” In 2022, neither America’s mind nor body is all that sound.

David Brooks wrote some insightful columns in the last half of 2021 that relate to the current mental state of our nation and its citizens. In one posted on January 13, titled “America is Falling Apart at the Seams”, Brooks cites the dramatic increases in traffic deaths; teachers confronting “disruptive behavior” in the classroom; drug deaths; hate crimes/ gun purchases; and other matters. He concludes his column by observing:

…Over the past several years, and over a wide range of different behaviors Americans have been acting in fewer pro-social and relational ways and in more anti-social and self-destructive ways. But why?

As a columnist, I’m supposed to have some answers. But, I just don’t right now. I just know the situation is dire.

We agree with Brooks that the situation is dire, and like him we don’t have answers. We do have some thoughts, however, on the rapid acceleration of three mental health variants — identity, individuality, isolation — that may be contributing to “America’s falling apart at the seams.”

If not addressed constructively, over the long-term these mental health variants could have a much greater negative impact on this country than the physical health consequences of the COVID-19 Delta and Omicron variants.

In a New York Times guest essay published on January 5, Rebecca Solnit asserts that Trump supporters fall for Trump’s lies and support him because they are “gullible.” She writes “… gullibility means you believe something because someone else wants you to. You’re buying what they’re selling.”

Ms. Solnit may be right. There may be some Trump supporters who are gullible, but the members of the cancer cult are not.

As we stated in our blog titled “The Cancer Cult is Infecting America’s Mind and Memory,”

A cult is a group of people with extreme dedication to a certain leader and a set of beliefs.

Some of those beliefs are the beliefs of the members. The others are those of Trump himself. There is a reciprocity in this relationship that’s mutually beneficial to the cult specifically and harmful to society in general. In a phrase, this is a cult of personality and aligned personalities.

We go into detail on the psychographics and beliefs of the members of the cancer cult in that earlier blog. Suffice it to say here:

Therein lies the reciprocity of the cancer cult. It is not a case of follow-the-leader, but of the leader following followers some times and followers following the leader other times.

Almost all of the time, however, this reciprocal relationship between the cult’s leader and followers has escalated political polarization. That polarization began to grow with Trump’s emergence on the political stage in 2015, intensified through his presidency, and continues today with the perpetuation of the Big Lie, aided and abetted by elected officials who are either part of the cult or afraid to stand up or speak out against it.

Scholars refer to political polarization as “affective polarization,” which defined simply is “animosity towards those in the other party.” Put more strongly, they view those in the opposite party as the enemy.

The authors of the study begin a section on the nonpolitical consequences as follows:

One major concern is that partisan animus might spill over and affect behaviors and attitudes outside the political realm. It is one thing if partisan disagreements are confined to political contestation, but quite another if everyday interactions and life choices are compromised by politics.

They proceed to examine the nonpolitical consequences of affective polarization in areas such as social relationships, economic behavior, employment, and health care choices.

They don’t cite or examine the impact of Trump or the cancer cult on the mental health of those who are not Trump supporters, but Trump anxiety disorder was a hot topic while Trump was president.

Psychiatrists and psychologists coined the term “Trump Anxiety Disorder” to refer to the stress many felt due to the Trump administration. Its symptoms include “a lack of sleep, a feeling of loss of control and helplessness in an unpredictable sociopolitical climate, along with endless negative headlines, and excessive time spent on social media.”

Anna North looks at the substantial negative mental health impact of the Trump era in her Vox article published in January 2021. In January of this year, Kevin B. Smith, political scientist at the University of Nebraska, published an article titled “Politics is Making Us Sick: The Negative Impact of Political Engagement on Public Health During the Trump Administration.”

As Michelle Goldberg of the New York Times notes in her column on the “mental health toll of the Trump era,” in his article Professor Smith writes, “Politics is a pervasive and largely unavoidable source of chronic stress that exacted significant health costs for large numbers of American adults between 2017 and 2020.” Smith goes on to state, “The 2020 election did little to alleviate those effects and quite likely exacerbated them.”

Based upon Smith’s findings and analysis, Goldberg opines, “I’ve long thought that widespread psychological distress — wildly intensified by the pandemic — contributes to the derangement of American politics. But maybe the causality works the other way too, and the ugliness of American politics is taking a toll on the psyche of the citizenry.”

As this blog attests, we have no doubt that the politics of the Trump era, in conjunction with the pandemic and other factors, has negatively impacted the mental health of many. Obviously, former President Trump and key members of his team would never acknowledge nor accept that their administration did anything to increase the mental health problems of Americans.

The COVID-19 Pandemic and Mental Health

On the other hand, the Trump administration did recognize the impact of the pandemic on mental health. On October 3, 2020, then-President Trump signed an executive order for saving lives through increased support for mental — and behavioral — health needs. The fact sheet issued by the Trump White House on that order highlighted that “Americans’ mental health has suffered during the COVID-19 shutdowns and vulnerable Americans have been disproportionately affected.”

There was a major need for this executive order at the time it was issued, as research done by the COVID States Project, a joint project of a consortium of Northeastern University, Harvard University, Rutgers University, and Northwestern University, document. This research was funded by the National Science Foundation, with support from some philanthropic organizations, to “help practitioners and governments to make informed decisions and allocate resources more effectively” in response to the COVID-19 crisis.

The COVID States Project (Project) was launched in March 2020 and continues to operate today. The Project has issued 79 reports since its establishment.

The Project’s early reports in 2020 addressed topics such as COVID-19 testing, COVID-19 vaccines, and COVID-19 protests. The topics for the Project’s reports in January 2022 included at home COVID tests, American mask use and CDC guidance, and the storming of the Capitol one year later.

The reports of most relevance to the mental health needs of Americans were Report 54: Mental Health in the US, issued in May 2021, and Report 55: Social Isolation During the COVID-19 Pandemic issued in July 2021.

Project Report 54 on Mental Health looked at rates of depression and other measures of mental health, comparing results from a large 50-state survey, conducted between April 1 and May 3, 2021, to multiple waves of the same survey conducted beginning in April 2020. The key findings from that survey include the following:

Project Report 55 on Social Isolation was prepared based upon an analysis of 12 survey waves, conducted in all 50 states and the District of Columbia between April 2020 and June 2021, to identify trends in social isolation; ascertain how those trends varied among different population subsets; and determine the association between social isolation and rates of depression. The key takeaways from that analysis included the following:

These two reports do not paint a pretty picture. They clearly illustrate the impact that the COVID-19 perpetual pandemic has had on the mental health of American citizens, based upon their identity, individuality, and isolation.

Overall, the reported levels of depression were “about three times those observed in the pre-COVID era.”

As the research showed, however, those rates varied considerably based upon an individual’s social or political identity, with young adults, parents with children at home, those on the lower end of the earnings scale, and Democrats and independents being more seriously affected than others in their respective socio-economic categories.

As described earlier in this piece, Report 55 revealed varying levels of isolation related to identity and individuality, but that there was a “strong association” between moderate to severe depressive symptoms and social isolation.

The Current Status of Mental Health in the US

Given that perspective, it is important to highlight the opening paragraph from Report 54 on “Mental Health in the US” which reads as follows:

With rapid progress toward vaccination in the United States along with falling COVID-19 case rates and a reopening economy, federal and state leaders speak optimistically about a return to normalcy this summer. But as cases diminish, have the unprecedented rates of depression and anxiety documented in our reports, and in other US surveys, also begun to normalize? On the one hand, as a recent New York Times op-ed notes, people in general are remarkably resilient. And in our prior work we showed that depression and anxiety were tied closely to economic stress; as the economy improves, we might expect mental health to improve as well. On the other hand, the impact of a year of COVID-19 quarantine and fear of illness — perhaps compounded by political and societal turmoil — might not resolve so readily.

Given all that transpired in the COVID-19, political, social, and economic arenas over the last six months of 2021 and in the first month of 2022, we can say unequivocally that the impact on mental health has not “begun to normalize” nor “resolved so readily.” The overarching question that arises now is what is the current status of mental health in the US, and how does that compare to where things stood in May and June of 2021?

In order to answer that question objectively and definitively, we need the Project’s Mental Health and Social Isolation reports to be updated, based upon new waves of research. We have strong suspicions, however, as we write this in early February 2022, that the mental health conditions nationally are worse than they were going into the summer of 2021.

If the research confirms that suspicion and America is continuing to fall apart at the seams, the next question becomes what needs to be done to sew America back together again. We will address that question in our next blog.

Till then, we leave you with this thought. America is in a humpty dumpty moment. Fortunately, it will not be up to all the king’s horses or all the king’s men to get us out of this moment successfully.

It will be up to we Americans who know and understand our civic roles and responsibilities. As Adlai Stevenson advised us, “As citizens of this democracy, you are the rulers and the ruled, the law-givers and the law-abiding, the beginning and the end.”