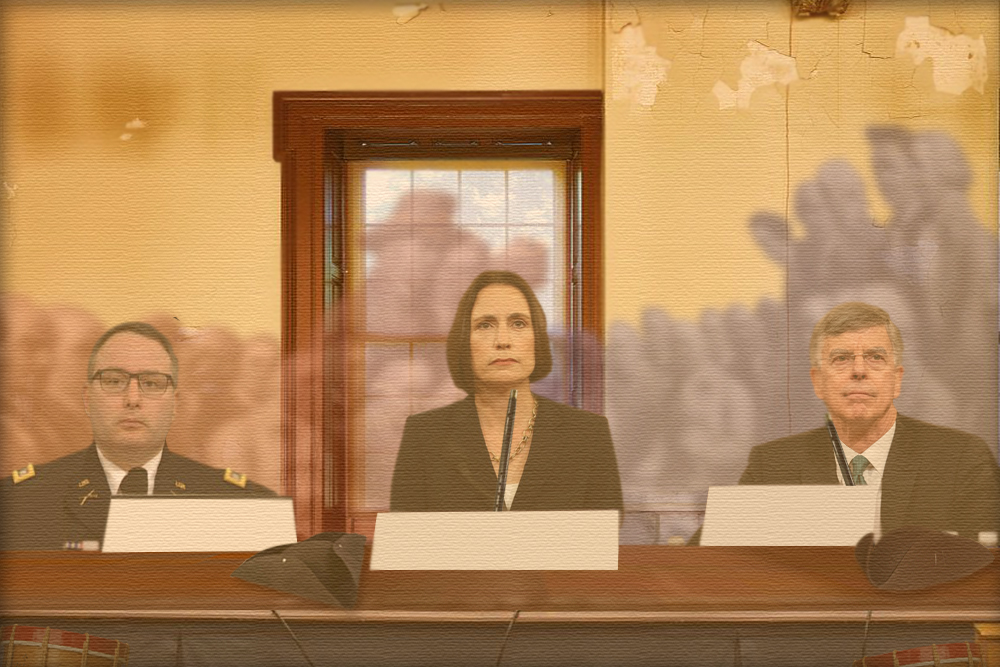 A 2020 Vision For Patriotism

These are the times that try men’s souls. The summer soldier and the sunshine patriot will, in this crisis, shrink from their service; but he that stands by it now deserves the love and thanks of man and woman.

Thomas Paine wrote those words on December 23, 1776 during the darkest days of the Revolutionary War.

America is in a war today — a war with itself. It is an uncivil war, pitting citizen against citizen, with clashing views of patriotism, and with many on each side of the divide calling those on the other side unpatriotic.

Given this, as 2019 draws to a close, it is appropriate to ask the question what is American patriotism and what should constitute a 2020 vision for that patriotism.

Adam Kirsch provides the best definition of American patriotism that we have seen. In his October 19 Wall Street Journal article, he states, “American patriotism, like America itself, is a continuing experiment in the power of ideas to bring human beings together.”

By casting our national identity in terms of democratic aspirations, the founders ensured that American idealism would be self-critical. We are constantly measuring ourselves against the ideals of the Declaration of Independence and the Constitution, and since Americans are no more inherently moral than anyone else, we frequently find ourselves wanting.

And, indeed that is where we Americans find ourselves today. The uncivil war in which we are engaged is a struggle for America’s head, heart, and soul. The future of our democracy hangs in the balance.

Pulitzer-prize winning historian John Meacham emphasizes this in his November 18 TIME article on the possible impeachment of President Donald Trump. In his piece, Meacham asserts that, in the final analysis, it is We the People who will decide whether Trump “shall be above justice” and that “…we are all on trial.” He explains this will be the case because, “The people matter, for politicians are far more often mirrors of who we are rather than molders.”

Meacham observes that “The risk we face often grows out of the anger of crowds…” And declares, “The better Presidents, the better citizens, do not cater to such forces; they conquer them with a breadth of vision that speaks to the best parts of our souls.”

During the House impeachment hearings, we had the good fortune to have several of those “better citizens” with that “breadth of vision” speak to us. Each and all of these patriots espoused and exemplified our American ideals. Former Ukrainian Ambassador Marie Yovanovitch, an immigrant from the Soviet Union; Lieutenant Colonel Alexander S. Vindman, Director of European Affairs for the United States National Security Council (NSC), another immigrant from the Soviet Union; and Fiona Hill, former official with the NSC, an immigrant from England spoke especially eloquently during their testimony.

As I close, let me be clear on who we are and how we serve this country. We are professionals, public servants who by vocation and training pursue the policies of the President, regardless of who holds that office or what party they affiliate with. We handle American Citizen Services, facilitate trade and commerce, work security issues, represent the U.S., and report to and advise Washington, to mention just a few of our functions.

And we make a difference every day.

We are people who repeatedly uproot our lives, who risk — and sometimes give — our lives for this country….

We take our oath of office seriously, the same oath that each one of you take, “to support and defend the Constitution of the United States against all enemies, foreign and domestic” and to “bear true faith and allegiance to the same.”

Near the beginning of his opening statement, Lieutenant Colonel Vindman stated:

My family fled the Soviet Union when I was three and a half years old. Upon arriving in New York City in 1979, my father worked multiple jobs to support us, all the while learning English at night. He stressed to us the importance of fully integrating into our adopted country. For many years, life was quite difficult. In spite of our challenging beginnings, my family worked to build its own American dream. I have a deep appreciation for American values and ideals and the power of freedom. I am a patriot, and it is my sacred duty and honor to advance and defend OUR country, irrespective of party or politics.

Near the end of his statement, the Lieutenant Colonel spoke emotionally and directly to his father telling him:

Dad, I’m sitting here today in the U.S. Capitol, talking to our elected professionals, is proof that you made the right decision 40 years ago to leave the Soviet Union and come here to the United States of America in search of a better life for our family…

Do not worry, I will be fine for telling the truth.

Fiona Hill, in her opening statement declared, “I am an American by choice.” She went on to say:

This is a country of immigrants. With the exception of very few people still here, everyone immigrated to the U.S. at some point in their family history. This is what, for me, really does make America great.”

During her testimony, Ms. Hill made many relevant pronouncements. In responding to the whether it was Ukraine that interfered in the 2016 election not Russia, she said, “These fictions are harmful even if they are deployed for purely domestic political purposes.” In reacting to America’s current condition, she advised, “When we are consumed by partisan rancor, we cannot combat these external forces as they seek to divide us against one another.” In defining her own responsibilities and those of the others participating in these hearings, she stated, “We’re just here to provide what we know and what we heard.”

Ms. Hill, Lieutenant Colonel Vindman, Ambassador Yovanovitch, and the other witnesses who appeared before the House Intelligence committee spoke truth to power and set the record straight. In these highly partisan and polarized times, though, it seems that truth may no longer matter, and there may be no consequences for not telling the truth or for taking actions that elevate purely personal interests above the best interests of the nation.

This is why those citizens among us who want to be part of the solution as opposed to part of the problem need to look to the courageous members of the so-called deep state as examples and role models of patriotism. Those who testified have shown they are indeed part of a deep state. And that state is one of competence, loyalty to country and its Constitution, and a commitment to defending and extending the American idea and ideals.

These citizens have provided us with a 2020 vision for American patriotism. It is not a new vision. It is a vision that was conveyed to us by our founders and that has been renewed by patriots through the centuries.

It is a vison that compels us as patriotic 21st century American citizens to be interested in the common good, issue-oriented, informed, independent, and involved (See our earlier blog for more on the concept of 21st century citizenship). With that vision, we will be able to say — borrowing the words from the hit song:

I can see clearly now

I can see all the obstacles in my way

Gone are the dark clouds that had me blind

It’s gonna to be a bright (bright)

It’s gonna be a bright (bright)

Seeing clearly provides the basis for thinking clearly and acting clearly. It enables and empowers citizens to unite as rays of sunshine rather than to stand apart as sunshine patriots. It ensures the future of working together to create a more perfect union in this noble experiment called the United States of America.