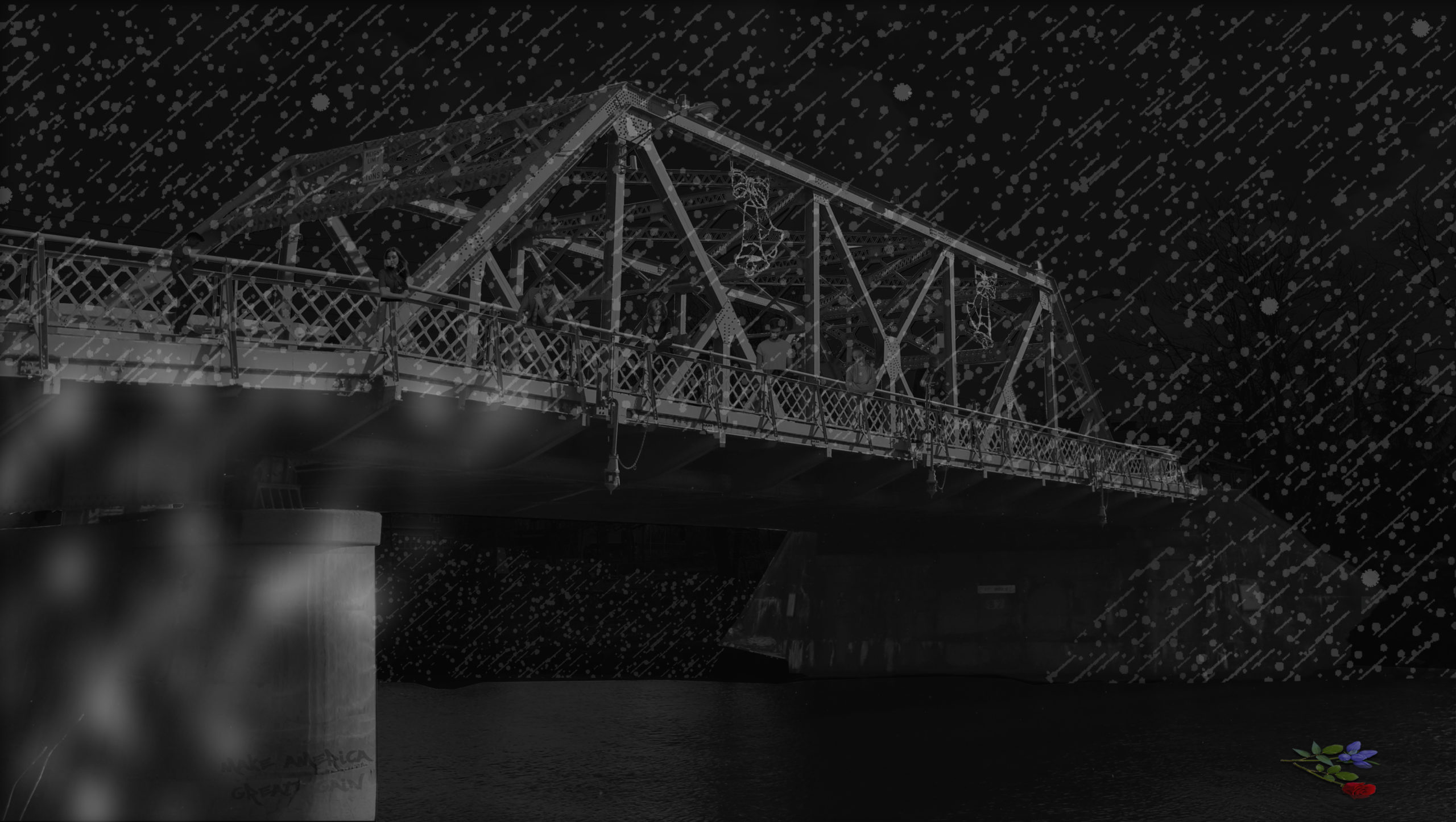 2021: Our Year For Building A Wonderful Life

This past Christmas Eve, NBC ran the Christmas classic, It’s a Wonderful Life. Those who have not seen this phenomenal film might think it is just another feel good and mindless holiday movie.

It is not. It is just the opposite.

It is a feel real and mindful “dark” movie with a powerful message. That message is what we do in our life to build community and to help others matters, even if we lose sight and confidence that it does.

The 1946 film, directed by Frank Capra, tells the story of George Bailey, the owner of a savings and loan in Bedford Falls, played by Jimmy Stewart. Bailey, who was born and grew up in Bedford Falls, has selflessly done much to assist his friends and neighbors in developing his home town through the years.

When his savings and loan encounters a financial crisis, due to the unscrupulous behavior of his competitor, Henry Potter, the owner of the bank in Bedford Falls, Bailey is emotionally conflicted and contemplates suicide. He wonders if he should have stayed in his home town and wishes that he had never existed there.

At this point, an angel grants that wish, and through a series of scenes shows Bailey what an abysmal place Bedford Falls (renamed Pottersville) would have been if his competitor had controlled its development. Bailey sees the light. He resolves to live, reunites with his wife and family, and the movie ends in an uplifting fashion, with his customers coming in by the hundreds to give small donations to bail his savings and loan out and restore Bailey’s belief in himself.

Joe Scarborough and Mika Brezinski did an informative interview segment on Morning Joe with Hollywood biographer Robert Matzen and Pulitzer Prize-winning historian Doris Kearns Goodwin on the day before Wonderful Life ran on NBC this year. That segment highlighted why the movie, which was made shortly after the conclusion of World War II, has a message that was right for those times and is also a message that is right for these times as well.

Veterans returning to the United States from combat after War II had life-changing experiences, and the country that they were coming home to was different as well. Jimmy Stewart was one of those veterans.

During the interview, Matzen explained that Stewart had flown 20 combat missions in Europe on extremely difficult missions, that he “came back with a lot of baggage,” and the “war had aged him.” Stewart had the equivalent, as did many returning servicemen, of what is now called PTSD.

In her comments, Goodwin pointed out the current relevance of the role Stewart plays as George Bailey. She stated, “George is the everyman now for us today, somebody who represents the first responders, the health care workers, the delivery people, the people in our stores who have kept us going. Ordinary people doing extraordinary things.”

Goodwin’s insight is a useful bridge to start thinking about what to do make 2021 our year for building a wonderful life. Thinking about that requires reflection, introspection, and projection. Just as with movies, America’s songs frequently provide a perspective for doing that.

In 2001, just two months after the 9/11 attacks Alan Jackson debuted his song Where Were You (When the World Stopped Turning) at the Country Music Awards. In his song, Jackson, among other questions, asks:

Did you go to church and hold hands with some strangers

Stand in line and give your own blood?

Did you just stay home and cling tight to your family

Thank God you had somebody to love?

But I know Jesus and I talk to God

And I remember this from when I was young

Faith, hope, and love are some good things he gave us

And the greatest is love

If America’s world stopped turning in 2001, with the multiple crises of 2020 that world fell off its axis.

In 2021, two decades later, there is a need to put America back on that axis so America’s world can start turning to create a shared sense of unity and community. A wonderful life for America’s citizens is impossible without that.

A wonderful life will also be impossible without the majority of Americans willing to do the hard work that will be required to restore faith in each other, our country, and its institutions. We need to congratulate, not castigate, those who commit themselves to doing this.

We need to acknowledge, as singer-songwriter Alicia Keys does in her song Good Job which premiered in April of 2020 early in the pandemic:

The mothers, the fathers, the teachers who reach us

Strangers to friends that show up in the end

From the bottom to the top, the listeners that hear us

This is for you, you make me fearless

We also need to tell them, as Keys advises:

Don’t get too down

The world does need you now

2020 has brought about almost overwhelming conditions of COVID and conflict fatigue on all fronts. How difficult will it be and what will be required to move the needle toward a more wonderful life in 2021?

All of the panelists agreed that there was an across-the-board failure in 2020 in responding to the pandemic and the other crisis areas. Dr. Blackstock focused on the “lack of investment in the healthcare infrastructure.” Levin cited “a failure of leadership…up and down the chain.” Professor Glaude stressed “inequality in health care” and stated the “…social contract has been broken and that “…the leadership class reflects what’s happening in the body politic itself.” Looking at it historically, Professor LePore said, “We can think about 1980 as a real turning point in American politics and the American economic structure.” She qualified that by saying that there is evidence that income inequality and political polarization began in the late 60’s or early 70’s.

The panelists’ opinions on what needs to be done to change the current trajectory during 2021 varied. Dr. Blackstone emphasized the need for policy changes and reinvestment in Black communities. Yuval Levin and Professor LePore stressed the need for working from the bottom-up through states and localities, and signified on some promising progress across the country in community-building. Professor Glaude stated unequivocally, “It seems to me that the scale of the problems the country faces requires a major intervention, transformative leadership, bold vision. America is broken in my view.”

At the beginning of the panel discussion, Judy Woodruff said, “We normally at the end of the year look back at the highs and lows, but…I think it’s fair to say this year it’s been a year of low and lower.”

The panelist’s comments confirmed Woodruff’s negative assessment. Their recommendations suggest a comprehensive bottom-up, top-down, managed in-the-middle approach will be required across and throughout the United States in order to change the plummeting and to take America higher.

While campaigning, and after he became president-elect, Joe Biden warned of a “dark winter” ahead for the United States because of the inept response to COVID-19. Unfortunately, this warning of a dark winter has been borne out by the tragic results caused by the pandemic in December. These human casualties, combined with the unprincipled resistance of the Trump administration to the peaceful transfer of power and the abandonment of responsible governance by President Trump himself, have increased that darkness.

The darkness will start to lift on January 20 when Joe Biden is sworn in as the 46th president. But that will only be the beginning, because Biden and government at whatever level will not be able to eliminate the darkness without citizen participation and responsible civic action.

In 2001, citizens should remember and act upon these words from the best-selling song Reach Out in the Darkness, recorded by Friend and Lover in 1968.

And you may find a friend

I knew a man that I did not care for

And then one day, this man gave me a call

We sat and talked about things on our mind

And now this man, he is a friend of mine

We recognize that it will not be that simple. But we also realize that we as concerned citizens need to reach out in this current darkness. We need to remember that love is the greatest thing. We all need to become essential workers and do a good job to save our democracy. If we do not, things will never change and our journey toward a Wonderful Life will never start.

In 1946, George Bailey learned that what we do to build communities and to help others matters for America and Americans. We need to learn that lesson ourselves to enable us to make 2021 Our Year for Building a Wonderful Life.