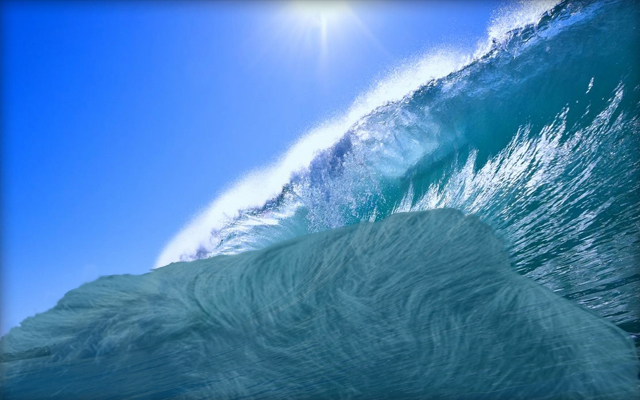 The arc of the moral universe is long, but it bends toward justice.

1968 was a watershed year for the United States of America and us. It appears that 2018 may be so as well.

1968 is the year that Martin Luther King and Robert Francis Kennedy were tragically assassinated. It is also the year that Frank Islam came to the U.S. from India to study computer science at the University of Colorado in Boulder and Ed Crego, after serving in Vietnam, joined the staff of the National Institute for Education on Law and Poverty at Northwestern University.

These events had major consequences at a societal and personal level. They shaped, but did not determine, the arc of American history. Many, many others have influenced that trajectory as well over the past half century.

The sixties ended with street riots, cities burning, and hippies preaching flower power. The seventies began with Vietnam protest marches, campus shootings and shutdowns, and a President who was going to ensure stability leaving the office in disgrace. They ended with the sky-rocketing interest rates, a ‘malaise,’ and America’s economic glory days and dominance showing their first signs of diminishing. The eighties brought us the “shining city on the hill,” an optimistic attitude, individualism and the me decade. The nineties started quietly, talk of a giant sucking sound taking American jobs across the border, and culminated with a historic number of jobs being created and a governmental budget surplus.

Then, there was 9/11, the singular event that ensured that America would never be the same again. Following that, the country entered into what has become an endless war in Iraq.

The mood of the country became melancholy and meandering. Manufacturing jobs disappeared. The great recession followed, showing that the nation had been engaging in deceptive and delusional practices on numerous fronts.

Unity was most notable in its absence. Division and divisiveness was emerging as the norm. The election of an African-American president brought a belief that the country might be post-racial. The move toward and into the second decade of the 21st century proved quite the contrary was true.

Government dysfunctionality increased, bipartisan compromise occurred on only the rare occasion. Populism became the antidote for those who had lost faith in our institutions and elected officials. Citizenship moved from apathy to alienation and anger.

Then along came a candidate for President who channeled the grievances of a segment of the population who wanted to turn the clock back to better and whiter times. With a mantra of putting “America First,” this candidate captured their devotion and the White House.

As President, he maintains their loyalty — some might call it fealty, given his movement of the country toward one-man rule as an autocracy or monarchy — by continuing to act as an outsider, doing what he said on issues such as immigration, health care, and taxes, and campaign-style rallies to stoke up the base. This in spite of evidence that economic inequality may be at an all-time high, and that the working class has benefited very little during this presidency.

Over the past fifty years, these and countless other events and factors have had an impact on the arc of American history. At the heart of the matter, though, are all of us as Americans. The manner in which we discharge our responsibilities as citizens has determined the curvature of that arc since 1968 and will determine its curvature going forward.

Each of us as Americans has a story to tell. At the outset of this blog, we described where we were in 1968 as the starting point for our stories. In the decades after that, we both became entrepreneurs: Ed Crego founding management consulting firms, Frank Islam founding a major information technology firm.

Today, Ed still consults, with the majority of his work being done pro-bono for non-profits. Frank sold his IT company in 2007 and has moved on to be an investor and philanthropist with a special focus on civic, educational and artistic causes.

We met and became collaborators in 2009 because of our disappointment and dismay at the dramatic decline of the American Dream between 2000 to 2009, and the dysfunctionality within the Beltway in responding to that decline. We wrote two books addressing that condition and blogged about it for the Huffington Post from 2010 to 2018.

We have to confess that as we watched the contentious presidential contest of 2016 and the first year of the new President, we began to despair and became increasingly discouraged. Then, in 2018, three things restored our belief that the arc of American history could continue to be bent toward justice.

The first was the Parkland students who stood, delivered, spoke out, and have mobilized to bring common sense to the discussion of school shootings and gun rights in America. The second was the emergence of the #MeToo movement and its calling attention to a form of sexual discrimination and maltreatment that has been allowed to persist in the shadows for the entire half century since the Summer of Love. The third was attending the Memorial service for Robert F. Kennedy held at Arlington National Cemetery on June 6.

President Bill Clinton gave the keynote speech at the Memorial. And as one might expect, his comments were meaningful and motivational.

The most memorable speaker, though, was someone not there in person but only in spirit because he was shot on June 6 at the Ambassador Hotel in Los Angeles and died shortly thereafter. Robert F. Kennedy’s words were brought to life by a series of eighteen readers speaking on four major themes: Equality; Reconciliation; Change; and, Youth/Civic Engagement.

All of the remarks were outstanding. Those that stood out the most for us were:

“All of us, from the wealthiest to the young children that I have seen in this country, in this year, bloated by starvation — we all share one precious possession, and that is the name American. It is not easy to know what that means. But in part, to be an American, means to have been an outcast and a stranger, to have come to the exiles’ country, and to know that he who denies the outcast and stranger still amongst us, he also denies America.” — Citizens Union NYC 12.14.67

“First is the danger of futility; the belief there is nothing one man or one woman can do against the enormous array of the world’s ills — against misery and ignorance, injustice and violence. Yet many of the world’s great movements, of thought and action, have flowed from the work of a single man. — Day of Affirmation Address, University of Capetown, Capetown, South Africa, June 6, 1966

“We live today in an era of challenge. This is a time of uncertainty and peril; it is also a time of great opportunity. The decisions we make as a people, as a Government, during the next few years will affect the planet for generations to come. I come to ask you not only for your understanding of these challenges but for your active partnership in the efforts to meet them. For the Government is your Government. It requires your ideas, your collaboration, your criticism, and your support if it is to meet its responsibilities. All of us are most concerned about what type of America we want to pass on to our children. Every generation inherits a world it never made; and, as it does so, it automatically becomes the trustee of that world for those who come after. In due course, each generation makes its own accounting to its children.” — Columbia, South Carolina, 4.25.63

Kathleen Kennedy Townsend, RFK’s daughter, provided the welcoming remarks at the Memorial. Her opening remarks are appropriate for our closing because they help us understand RFK the man, and the mission that must be ours as well as it was his.

Ms. Kennedy Townsend began with a few humorous comments regarding her father’s doing push-ups in the room next to her first thing in the morning while quoting Shakespeare. She went on to recall that one of RFK’s favorite plays was Shakespeare’s Henry V.

Ms. Kennedy Townsend then explained, “This is the story of a king who enjoyed a dissolute youth. And then, once crowned, led the English against a much larger force at the Battle of Agincourt on St. Crispin’s Day. The night before the battle, the English are ragged and disheartened, and thinking themselves doomed to defeat. King Harry encourages his troops. He says:

“And Crispin Crispian shall ne’er go by

From this day to the ending of the world

But we in it shall be remembered

We few, we happy few, we band of brothers

For he today that sheds his blood with me

shall be my brother; be he ne’er so vile

And gentleman in England now abed

Shall think themselves accursed they were not here

And hold their manhoods cheap while any speaks

That fought with us upon St. Crispins Day.”

It is 2018 and not 1968. But, we are approaching the point in this great country where things have not come full circle, but the nation is regressing and the arc is dangerously close to bending in the wrong direction.

It is time for the band of brothers and sisters to come together in recognition of that fact. And, by so doing, to recognize that the arc does not bend toward justice by itself but because of the courage and acts of concerned citizens — men and women who commit to making a difference and America a better place for one and all.