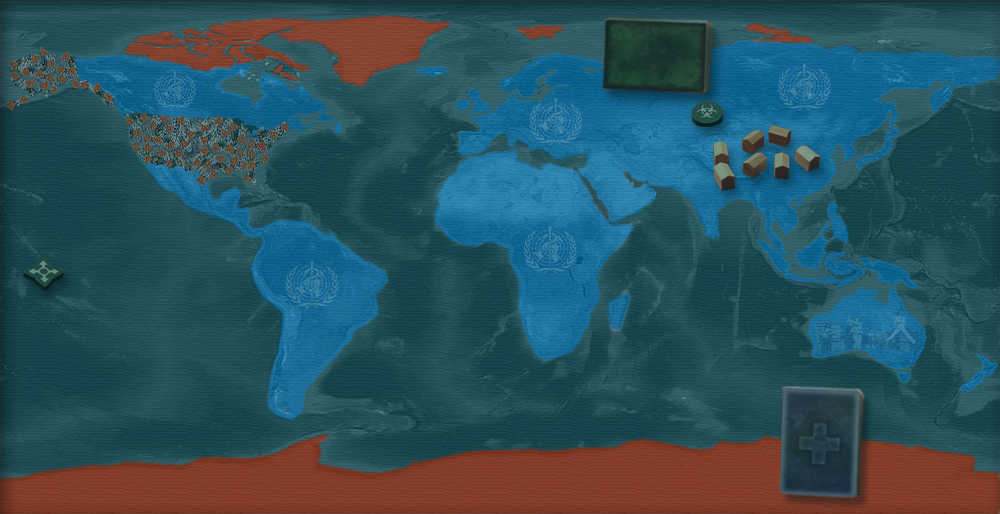 On April 25, a bevy of world leaders met virtually to discuss the development and production of vaccines and other critical tools to combat Covid-19. Global leaders who participated in the event, hosted by French President Emmanuel Macron, among others, included the heads of state of Spain, South Africa, Germany, Vietnam, and Costa Rica.

Representatives of one nation were conspicuous by their absence. The United States — the country that’s been ravaged most by the pandemic, accounting for nearly a third of all the confirmed global Covid-19 cases and more than a fourth of the total fatalities worldwide — did not participate.

The United States wasn’t at the event because one of the co-hosts was the World Health Organization (WHO). Other co-hosts, in addition to Macron, were the President of the European Commission and the Bill & Melinda Gates Foundation.

Unfortunately, the WHO, which is responsible for monitoring global public health and overseeing pandemic responses, is the latest multilateral entity to be in President Donald Trump’s purgatory. The president announced on April 15 that he was halting funding for the UN agency for 60 days, pending an investigation into the organization’s handling of the coronavirus pandemic. The United States is the WHO’s largest funder, contributing $400 million last year.

Trump’s action will impact not only WHO. It will also have an effect on the U.S. scientists and doctors working around the clock to develop vaccines to slow down Covid-19. Their heroic efforts will be hamstrung by Trump’s decision to halt funding for WHO, which is a UN agency.

For more than seven decades, this UN agency has led humanity’s fight against epidemics and pandemics. It successfully coordinated the global fight against a number of diseases, ranging from smallpox and polio to HIV/AIDS, Ebola, and malaria. It has also helped contain many deadly diseases from entering the U.S. mainland. Among the many important roles WHO performs is preparing countries for health emergencies and, when such emergencies occur, detecting and responding to them.

At a time when the United States is losing, on an average, more than 2,000 Americans a day to the Coronavirus, squeezing an organization that is spearheading the fight against the disease and declining to be part of the process to speed up and deploy vaccines to tackle the deadly virus is reckless. It puts U.S. public health and national security at additional unnecessary risk.

As of May 1, the official number of Americans who have tested positive for Coronavirus has reached 1.1 million and U.S. fatalities have topped 63,000, outnumbering total U.S. deaths in the Vietnam War — 58,209 — and the actual number of victims is almost certainly significantly higher. The United States lost more men and women in only three wars: The Civil War and the two World Wars.

This is an enormous human cost. The Coronavirus should teach America and other nations around the world two cardinal lessons.

First, that public health is a vital part of national security. A pathogen originating in a distant corner of earth can destroy economies and ravage communities. Second, we were, and are, ill-prepared to tackle a pandemic like the coronavirus.

On October 24, 2019, roughly two months before the coronavirus began its deadly dance in the central Chinese city of Wuhan, three highly regarded organizations released a Global Health Security Index (GHSI or index) in Washington, DC, ranking countries based on their preparedness to face a pandemic.

The index, a joint project of the Nuclear Threat Initiative, the Johns Hopkins Center for Health Security and the Economist Intelligence Unit, all highly reputable organizations, examined the health security capabilities of 195 countries worldwide. These groups issued a stern warning, pointing out there are “severe weaknesses in countries abilities to prevent, detect, and respond to significant disease outbreaks” and stating unequivocally that “health security is fundamentally weak around the world, and no country is fully prepared to handle an epidemic or pandemic.”

The United States ranked first on the GHSI with an overall value of 83.5. It fell short, however, in some critical indicator areas including: access to health care where it ranked 175 out of 195; socio-economic resilience with a ranking of 59; and exercising response plans with a ranking of 54.

The deficiencies in these areas, in conjunction with the lack of presidential and federal leadership, help to explain why the U.S. has stumbled in responding to the Covid-19 onslaught. Now nearly 120 days into the onslaught of the pandemic, no country in the world has suffered from the disease worse than the United States.

Trump’s temporary suspension of WHO funding indicates that the president is more interested in scoring political points and running for re-election than serving U.S. national interests and the larger public health.

This should not be the case. The last thing that the United States should do in the middle of a planetary pandemic is to threaten to deprive the WHO of the funding that it needs to be the first line of defense and the world’s go-to resource for combating this pandemic.